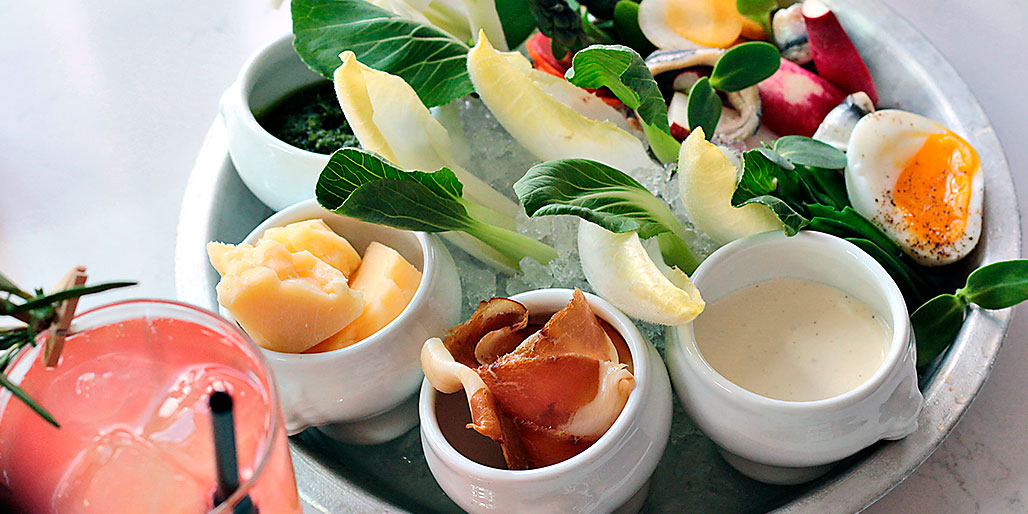 Victor Barry seems to have a love affair with Harbord Street. First, he shuttered Splendido for Piano Piano earlier last year. Now, he’s back with Café Cancan, a French bistro that occupies the former Harbord Room where he and wife Nikki McKean (who is also a co-owner) had many dates and “awesome fun times.” Not wanting to see the neighborhood staple fall into the wrong hands, he signed the lease. 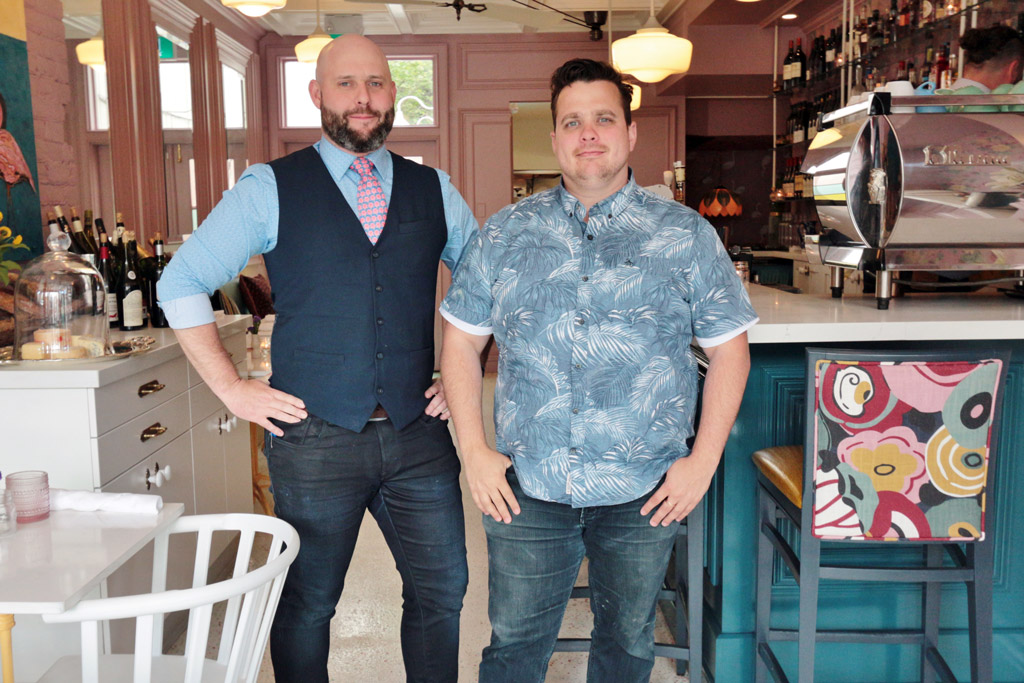 They had many ideas for what to do with the iconic spot but the team (which also includes co-owner Brendan Piunno, who Barry has known since high school) knew one thing: they were going to keep it simple. Ideas ran from diner to building the concept around a burger (the Harbord Room was renowned for theirs) and the final result was a modern French bistro.

The bistro’s moniker, a nod to the famed cancan dance is synonymous to restaurants, which are “high energy and similar to the dance; cutlery hitting the plates and people chatting.” When asked what makes a great bistro Piunno states “A bistro is a local, neighbourhood joint” that is bustling with “conversation and the cling clang of plates.”

He adds that it should also have “a great cheeseboard, great maître d’, good and reasonably priced wine list.”

It’s not pretentious, “you don’t walk in and all of a sudden you have to sit-up straight,” adds Barry. 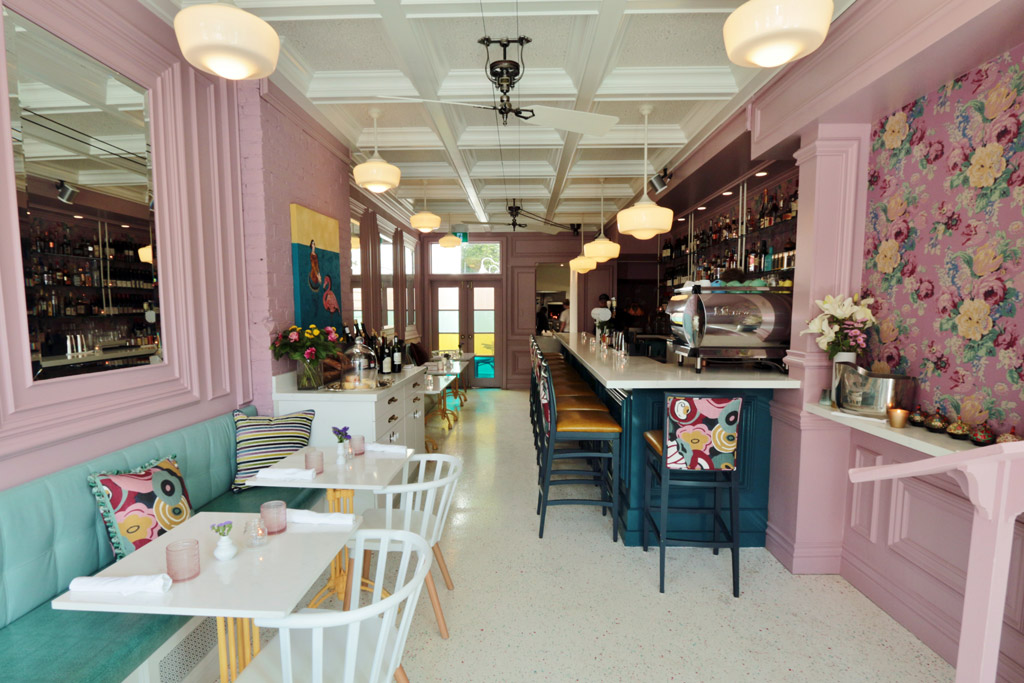 The 30-seat bistro certainly doesn’t look like any other. “Just to copy a bistro isn’t hard,” says Barry about the design. Tiffany Pratt who Barry collaborated with on Piano Piano strikes again on the design of Café Cancan. On their collaboration, Barry confidently says that next time he’s opening a restaurant he’ll just hand Pratt the keys and show up when it’s ready to open. “Creating something different, vibrant and exciting that draws conversation out of people is art,” he adds.

On the wine list, Piunno states that the varied selection is “everywhere from Beamsville to Bordeaux” with wines ranging from $12-$16 by the glass in 5 ounce pours. There’s currently a rosé on tap by Tawse and trust this will rotate by the season. On the beer side of things, they have Mill Street Organic and Brickworks Cider with a limited by-the-bottle program. There is a cider from Ravine Vineyards and Goose Island beers by the bottle.

Bartender Justin Shiels (Dai Lo and Good Fortune )has quite the history with Barry. He cooked at Splendido ten years ago when Barry was sous chef. His cocktail list is a mix of easy-drinking to boozy to “offer drinks for people who’d want to sit for hours and enjoy libations without the side effects,” says Shiels.

There are a 30-seat back patio and five-person front patio in the works which will make for great spots to linger and have a drink or two. 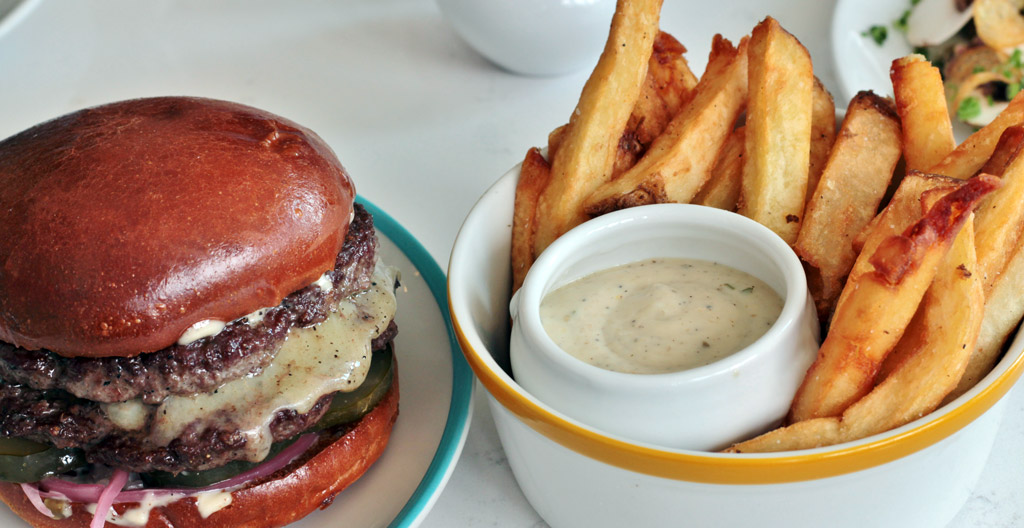 In the kitchen, Barry has enlisted Adam Alguire as chef de cuisine. Expect classic dishes such as steak tartare and escargots. There’s also a play on a crudités dish called Ce et Cette which translates into “this and that” which has bok choy, endive, shaved carrots, snap peas, boquerones, country ham with a buttermilk and chermoula sauce and a feature cheese, which is currently a pecorino. Alguire states that there will be specials du jour, such as duck confit and talks of a daily offal special.

Desserts will largely feature house-baked pastries produced across the street at Piano Piano mostly because there’s more space there. And yes, there will be croissants – in a variety of flavours.