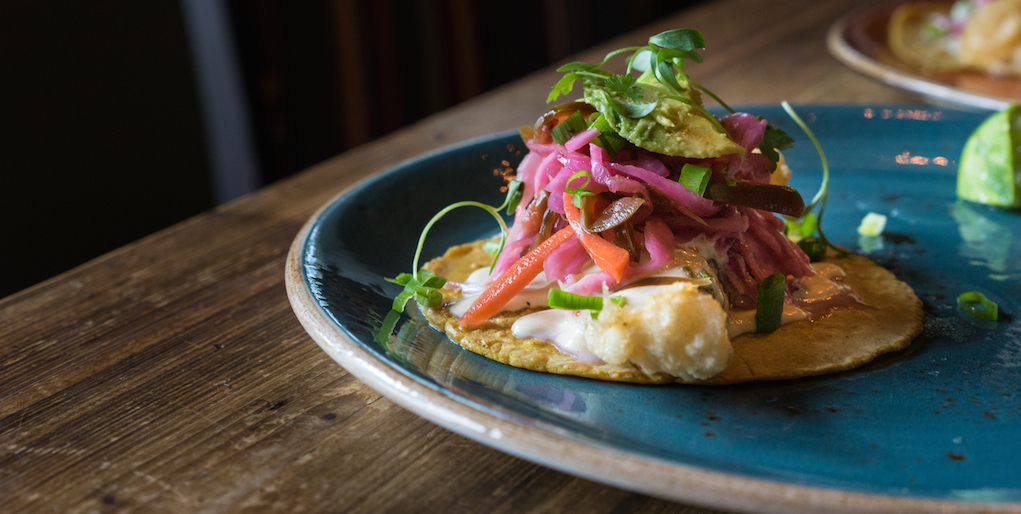 Executive chef Elia Herrera uses traditional recipes that have been passed down through many generations, to her grandmother to her mother to herself, at her restaurant Colibri, located inside Assembly Chef's Hall. From hand-pressed tortillas to slow-cooked carnitas and the dozens of salsas in between, every ingredient is carefully selected, as cooking from scratch is the foundational principle of Herrera's kitchen. The menu consists mostly of tacos and traditional Mexican breakfast dishes that are served all day, in addition to weekly specials for tacos, ceviche and empanadas. Everything from the way the food looks to how it tastes to what it is served on can be described as colourful. Colibri's mantra is "mi casa es tu casa" (my home is your home), and the staff truly ensures every diner enjoys their food as if they were at home with the Mexican comfort food.