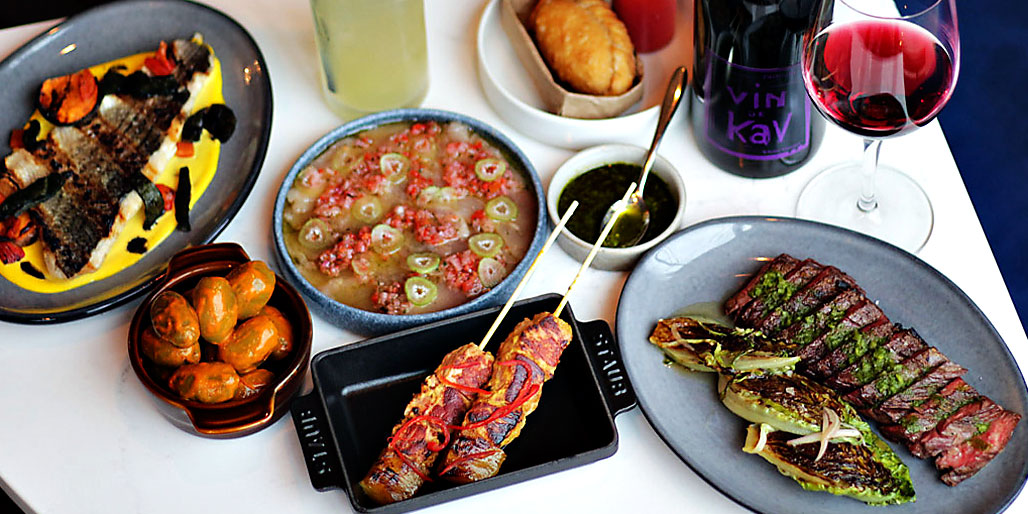 Argentinian restaurant Tanto is the latest venture from the seasoned restaurant pros who run Peer to Peer Hospitality Group, the owners of Cava, Chabrol and Atlas. The Ossington Avenue eatery arrived back in December with chef Julian Iliopolus, a Cava alum, heading up the newest addition. Having worked under the tutelage of Doug Penfold, Iliopolus briefly left to travel the United States and South America before returning to debut Tanto.

The 60-seat restaurant is located in the former Hungry Amoo space on the trendy Ossington strip. Argentinian cuisine “drew a personal interest to me,” says Iliopolus, referring to the immense European influence behind the cuisine which draws from French, Italian and German to name a few.

The cuisine isn’t what Iliopolus would label as traditional, instead it “draws influence from the ingredients and classic dishes with my own spin on it.” Tanto “connects the dots with the cultural representation in Argentina with my own Mediterranean background” with an added Toronto touch.

Iliopoulos is Greek and Ukranian and states that there is a similarity in the ingredients and simplicity in the food. “It’s not hyper-manipulated cuisine. We’re not trying to mask the product,” he says speaking to the restaurant’s dedication to “take great ingredients and showcase them.”

The menu is composed of sharing and small plates with the hopes of “cultivating an experience, not just feeding people,” says Iliopolus. 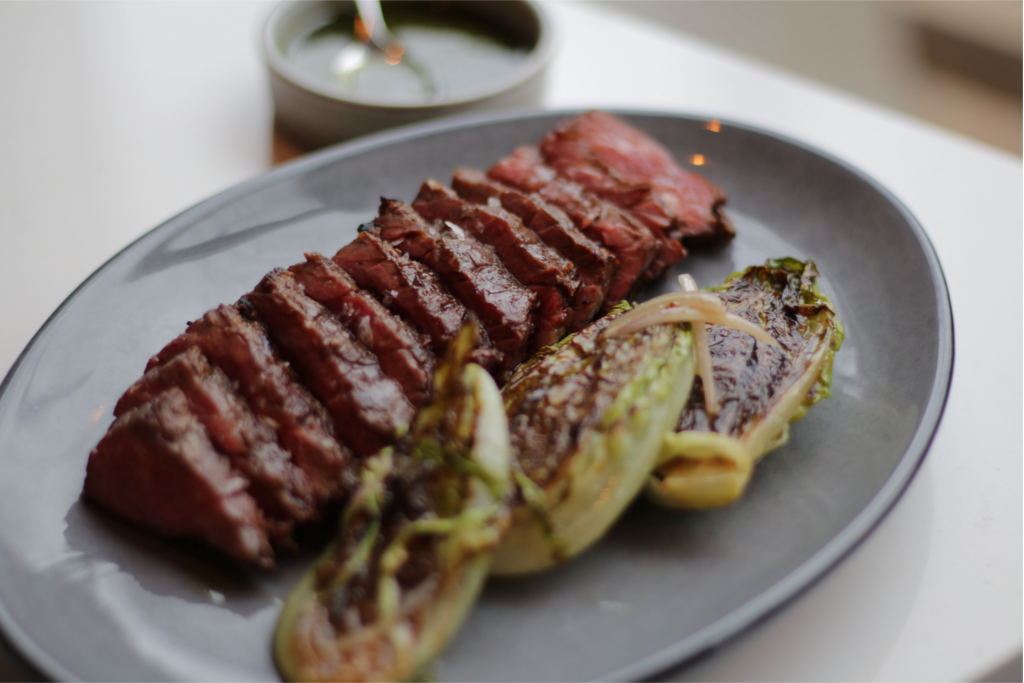 At Tanto, the wood-fired grill takes centre stage. And it’s not just meat that's firing from the kitchen. There are plenty of vegetarian options such as marinated eggplant with lemon and garlic or grilled turnips with ricotta and honey.

There is something on the menu for everyone, from pescatarian to carnivore. Take for instance the Albacore tuna crudo with fennel and salsa criolla or the rotating daily feature, which happens to be an Aji Amarillo-brushed striped bass with red and poblano peppers, on top of a bread sauce with sweet potato. 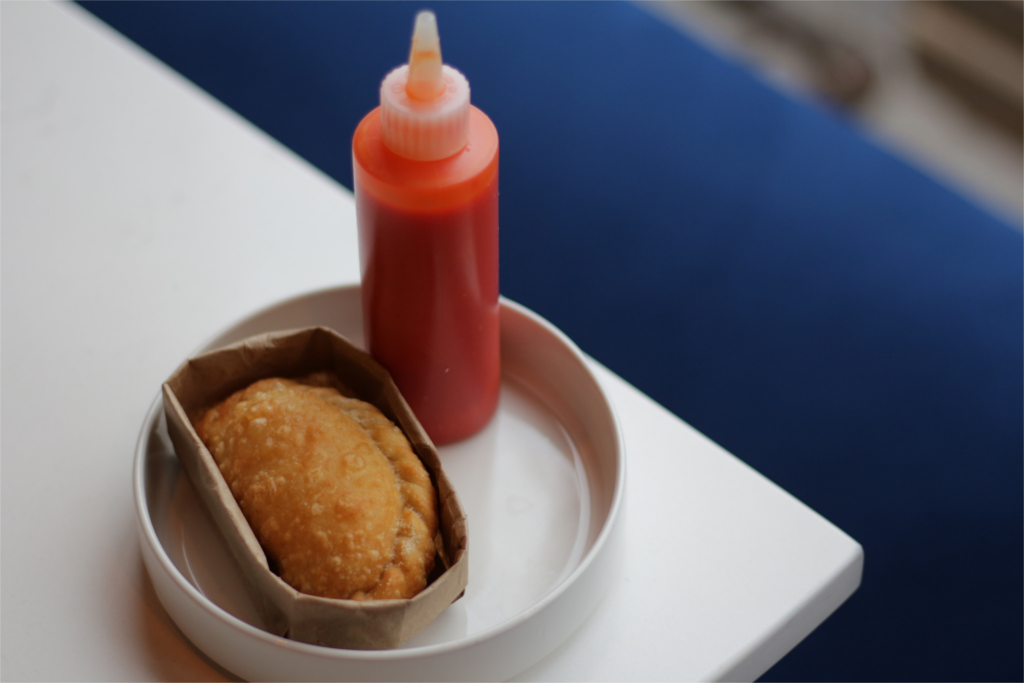 Meat lovers can opt for the bavette steak with chimichurri and grilled lettuce. To finish, there’s the fluffy coconut tres leches cake with passion fruit that is almost too pretty to eat.

The entire wine list is available by the glass or the bottle and is a mix of wine regions from Italy to Spain. Again, highlighting the various ethnic influences on Argentinian cuisine. Cocktails here are fernet-heavy, although you can find libations of the vodka, scotch and gin variety as well. 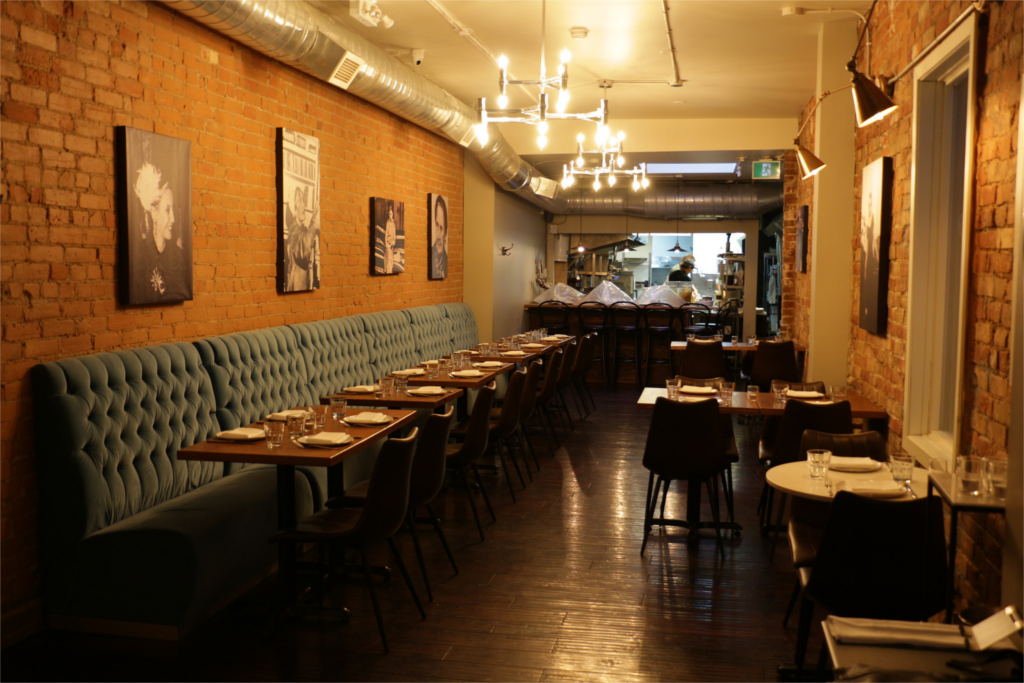 The décor, like the food at Tanto is intentionally simple. Exposed brick walls lined with black and white photos of female Argentinian protagonists add a splash of femininity to an otherwise industrial interior, and plush blue banquettes give the space a touch of texture.

If you’re looking to go to a restaurant and escape, you can look no further than Tanto – or any of the restaurants in Peer to Peer Hospitality’s portfolio for that matter.