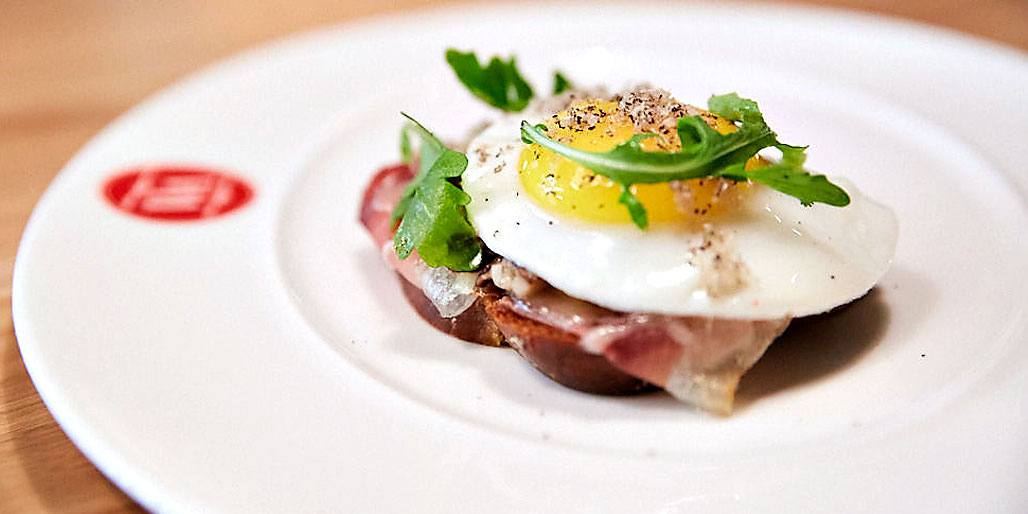 At the height of its popularity, Parkdale’s erstwhile Keriwa Cafe was a must-try destination for Toronto’s throngs of young food obsessives. They came for native Canadian cuisine from owner and chef Aaron Joseph Bear Robe, who had apprenticed under the legendary Michael Stadtländer at Eigensinn Farm.

Keriwa was forced to close three years ago due to flooding, and Bear Robe’s latest venture, a project undertaken with two other partners (Michael Slattery and Emil Velev), caters to a completely different demographic.

Located near Bay and Richmond, Wine Academy is a 6,000-square-foot social club with fingerprint scanners at the entrance and a $1,000-per-year membership fee. This is a place for Bay Streeters to enjoy wine, network and socialize.

In addition to the physical space — heavy on wood, metal and brick — there is also food. But is Wine Academy’s food anything like Keriwa’s?

A take on the croque madame (pictured at top, $19) sees toasted brioche topped with Parma ham, mushroom salsa and a sunny-side up egg. 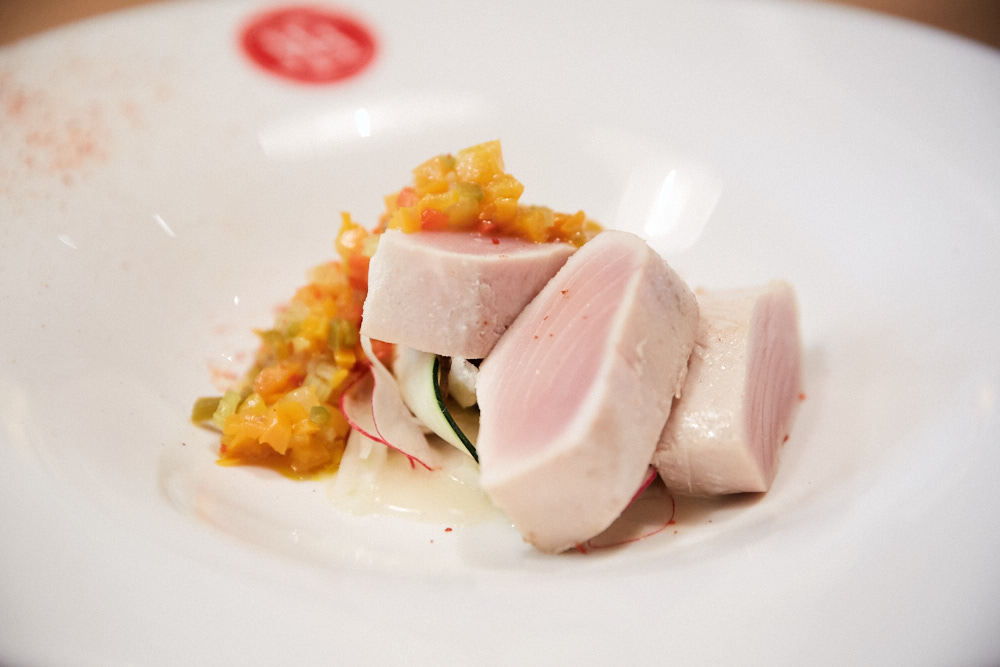 Confit albacore tuna ($19) is cooked in olive oil and served with zucchini, mushrooms and fennel.

Members are meant to mostly bring their own wine — which they can store in humidity-controlled lockers — but the venue has applied for a liquor licence to offer cocktails and by-the-glass wine from an Enomatic. Sommelier Natalie Pope is on hand to offer expertise and to host wine tastings.

“This is much larger in scope than Keriwa, both in design and space,” Bear Robe says. “It makes sense to have a private club where you can store your own wine.”