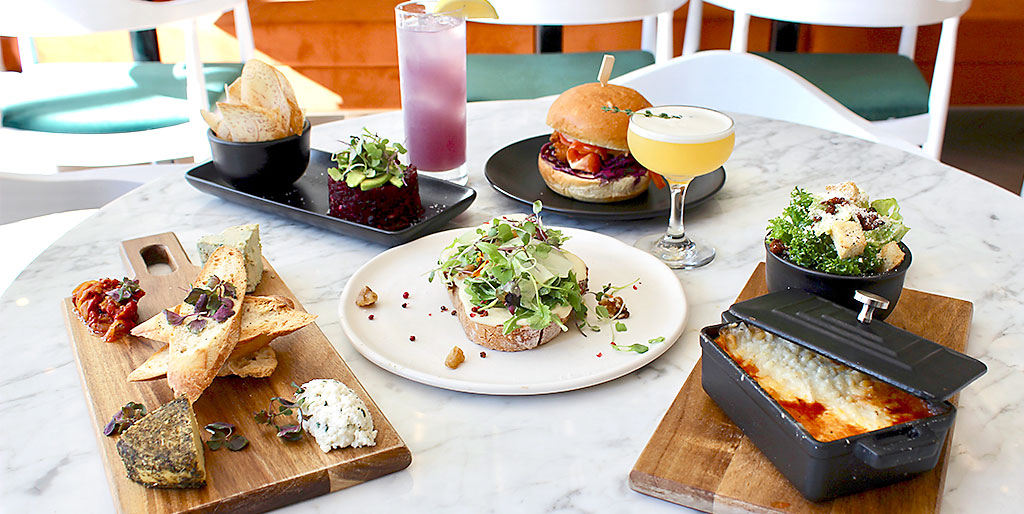 Lov, a much-beloved Montreal spot for elegant vegan eats has landed on King West. The concept is “fast fine dining” that offers local, organic, and vegan dishes. But the company’s driving ethos to make such cuisine accessible to everyone has necessitated some flexibility as they land in Toronto and beyond.

“Lov used to stand for local organic and vegan,” says operations manager Geneviève Pelletier. “But we realized it was boxing us in, because if we were strictly local and organic, it meant we were becoming inaccessible to everyone who wanted to experience the food. Not everyone can afford that, and our main goal is to democratize local, organic, and vegan cuisine.”

The vast majority of what you’ll find at Lov is locally sourced, vegan, and organic, including a fully organic wine, coffee, and tea collection. And, now that they’ve landed outside of Montreal, ingredients like miso and organic greenhouse kombucha are being sourced from locales in and around the GTA. 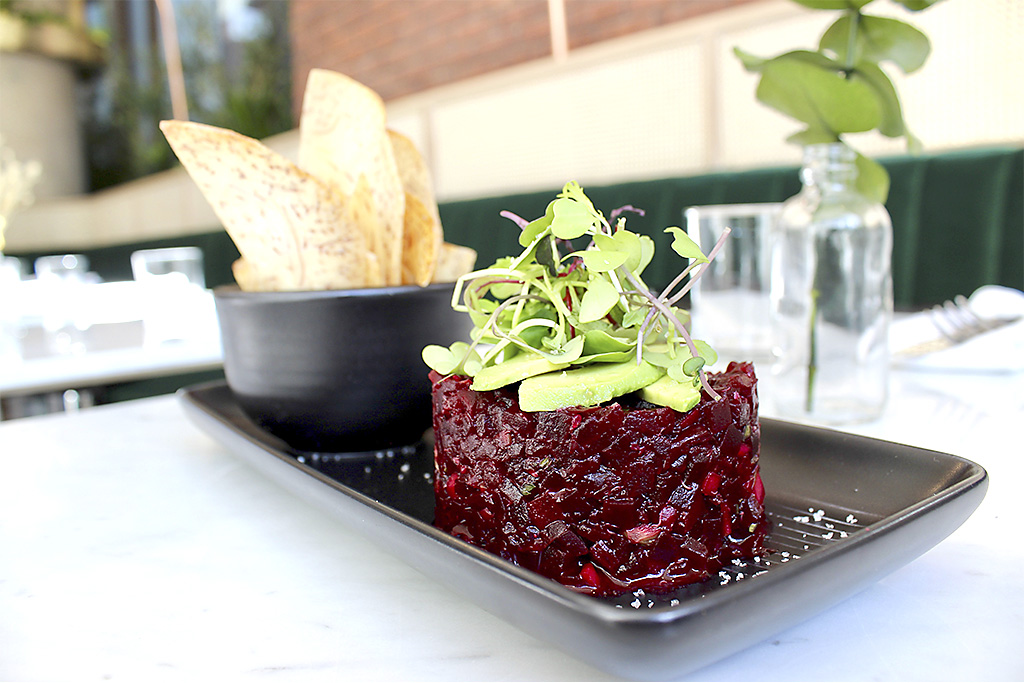 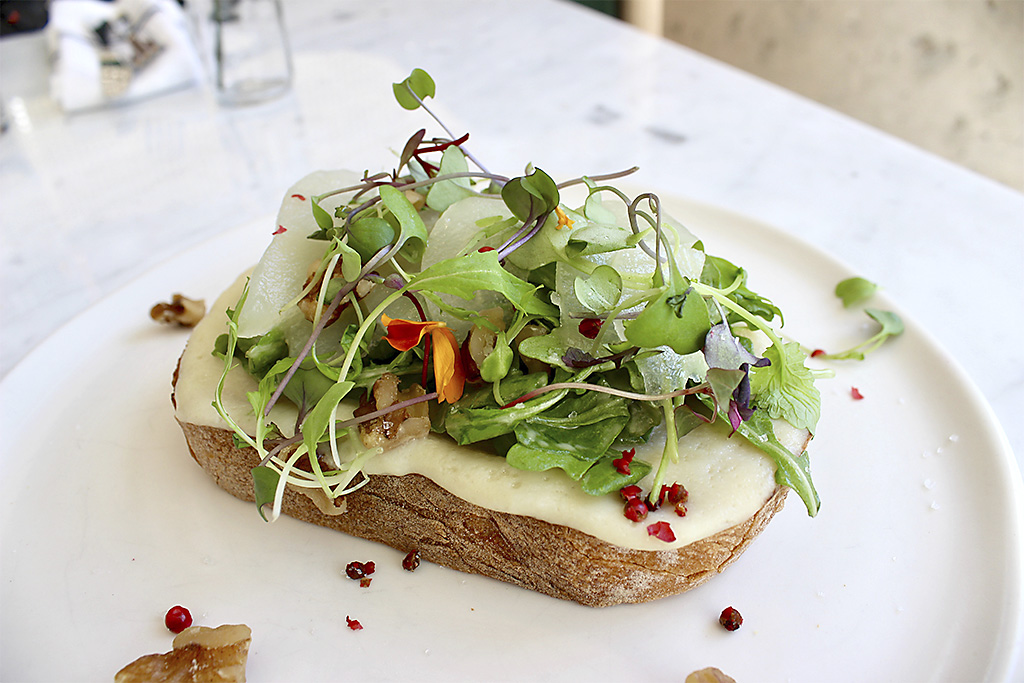 The parsnip and pear toast ($10) spreads roasted parsnip puree on sourdough bread and is topped with poached pears, mustard sprouts, arugula, mustard vinaigrette, pink pepper, flowers, and walnuts. You can opt for gluten free bread for an extra $2. 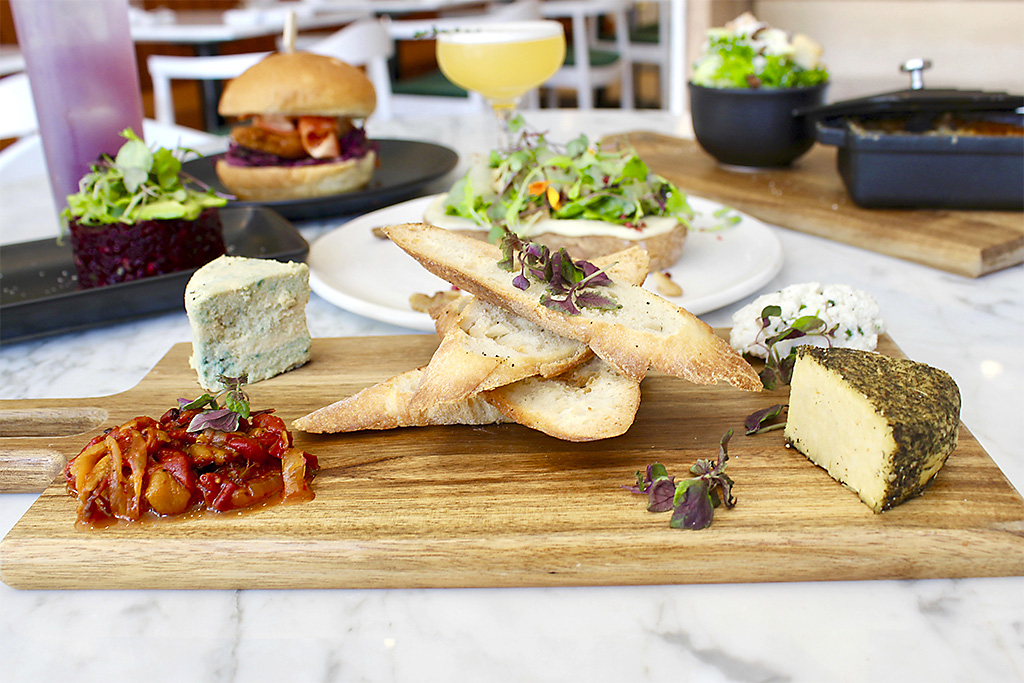 The not a cheese plate ($19) comes with nibbles of feta, garlic and chive boursin, gorgonzola and gouda. The platter is served with a grilled pepper chutney and crostini. 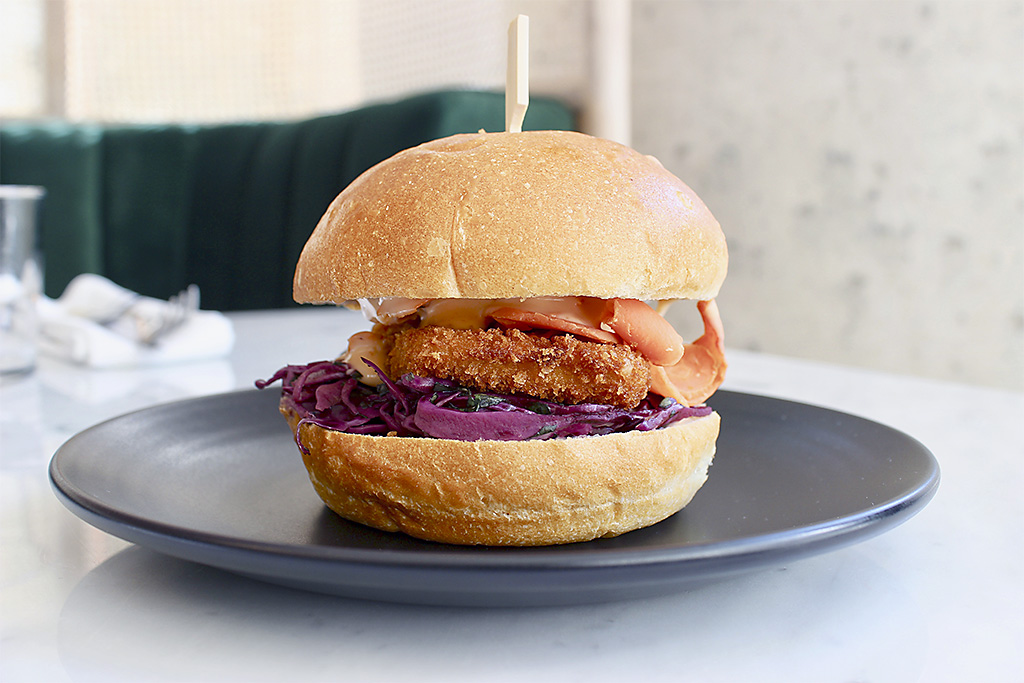 The king fu burger ($17) is a cripsy tofu patty in a panko and kombucha batter. The accoutrements pack a slight punch with sliced cabbage in a miso and sriracha aioli alongside lacto-fermented carrots. 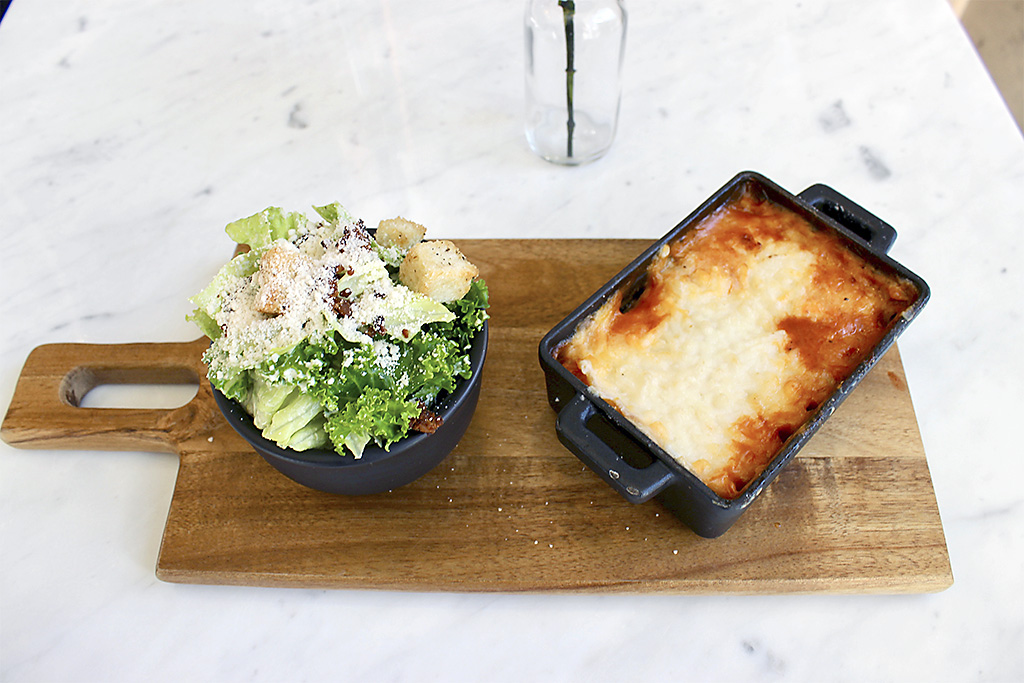 The Lov lasagne ($19) uses lupini tempeh (made in-house) as the base for the “Bolognese” sauce and adds vegan mozzarella and parmesan to cashew cream to create a comforting hot dish. Served with a side of Caesar salad. 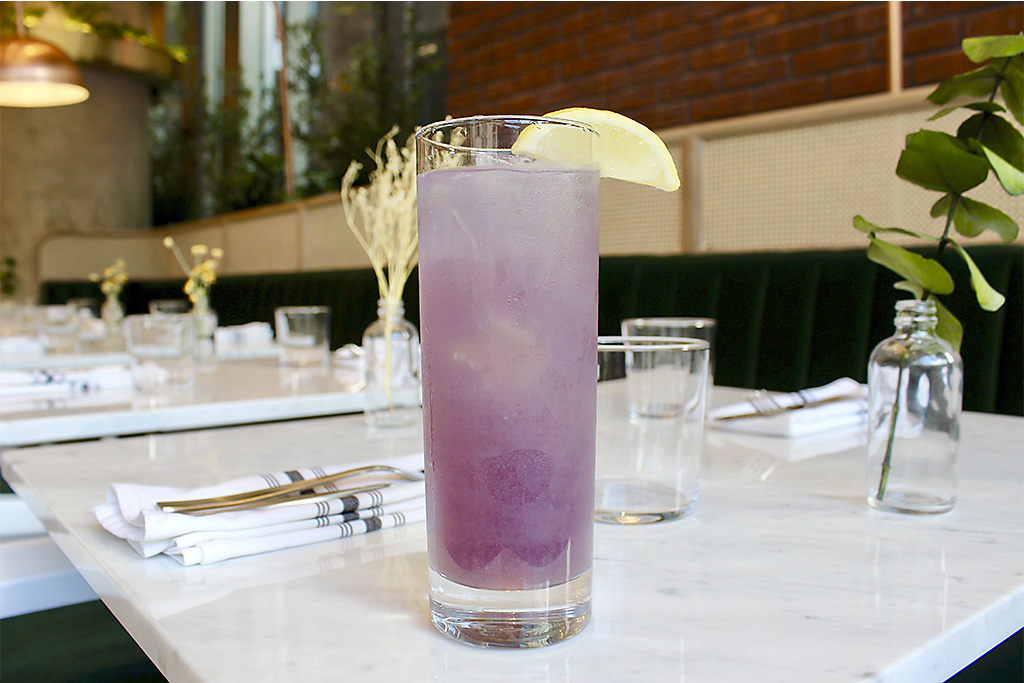 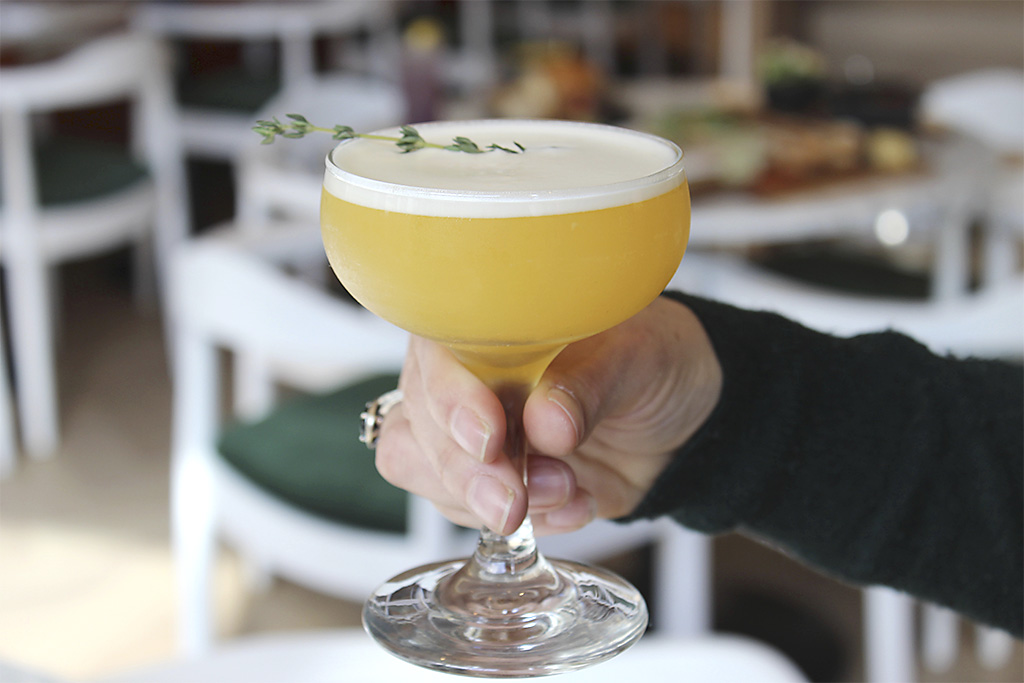 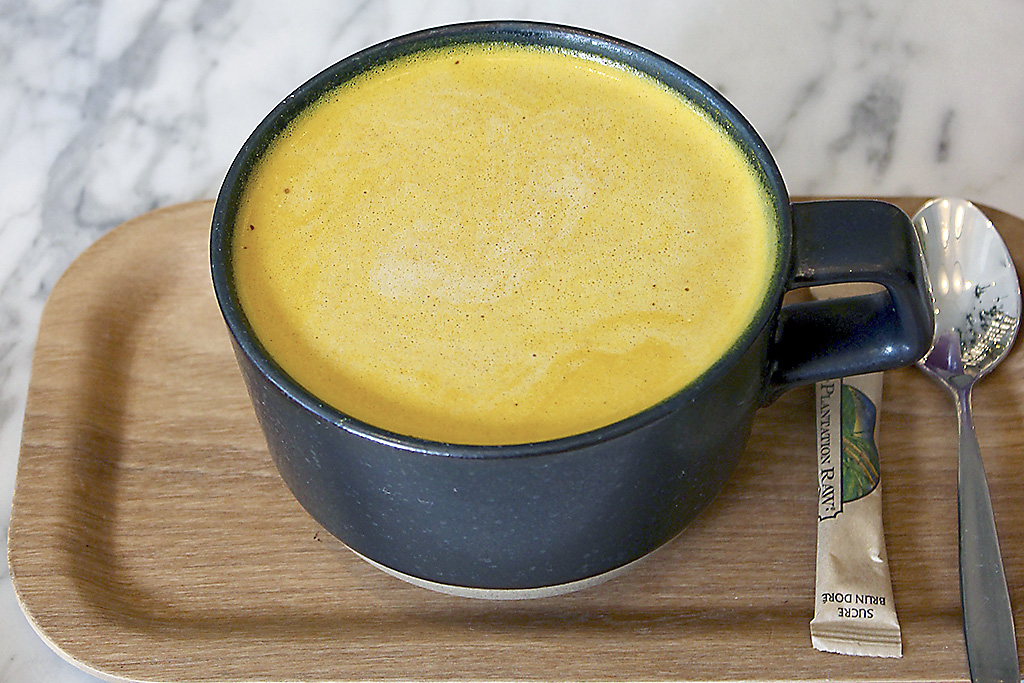 The turmeric latte ($6.50) is composed of turmeric, dates, black pepper, cardamom, coconut, cinnamon, and your choice of plant-based milk. 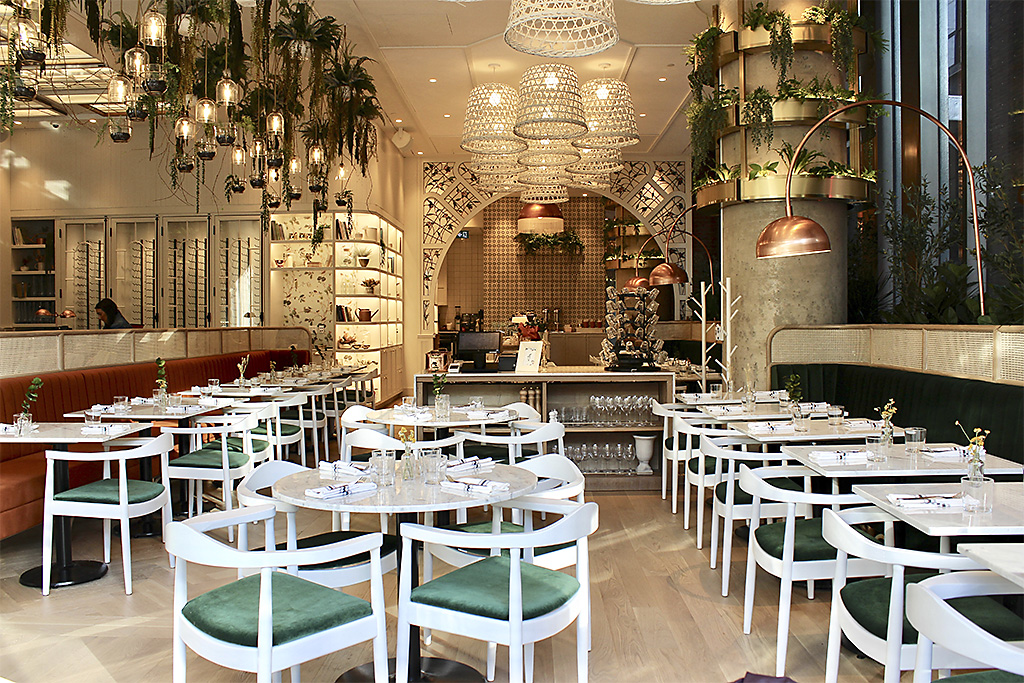 The space is a stunning addition to the King West area. Crisp whites mix with deep jewel-toned greens to create a fresh and stylish feel. Healthy green foliage grows in every corner, with planters encircling cement load-bearing columns and trailing vines cascading down from the ceiling. 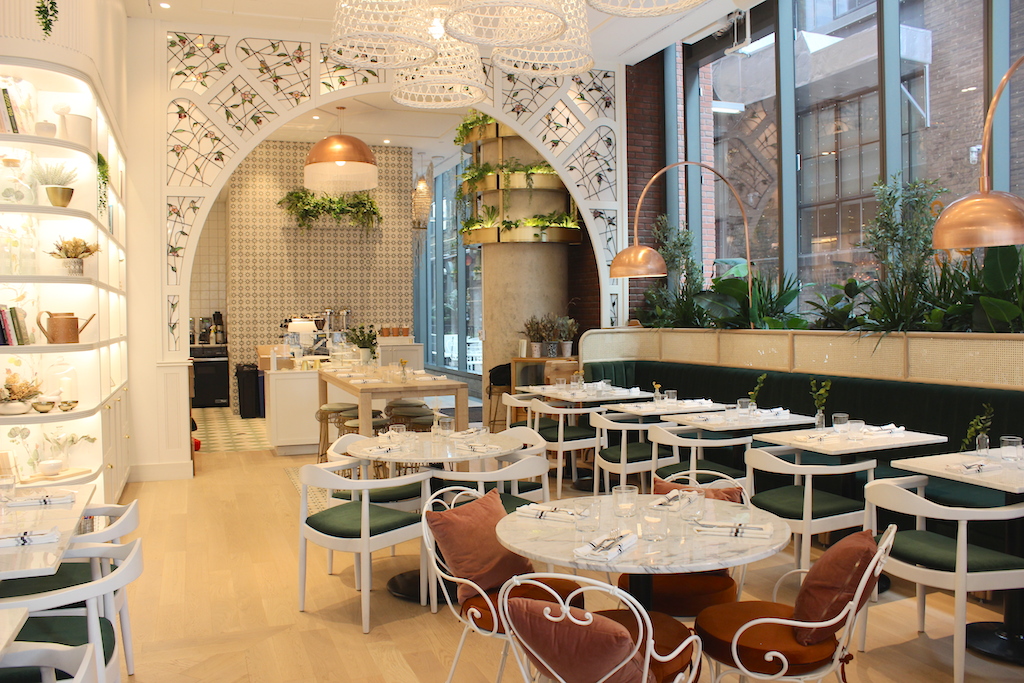 A whimsical stained-glass archway separates the kitchen and baked-goods area from the main dining room, and a small bar with plush barstools sits off to the left of diners. 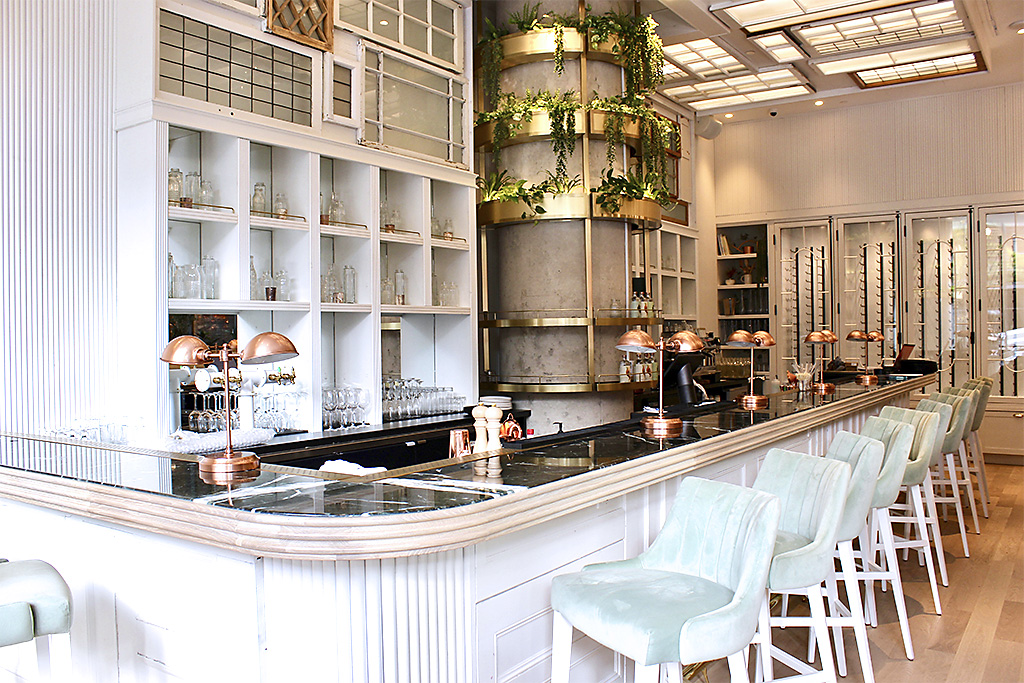 “Coming to Toronto is really significant for us,” says Pelletier. “It’s the first time we’re stepping outside of Montreal. We want to use this as our springboard, if you will, to attain Lov’s vision of democratizing plant-based cuisine in as many places as possible.”