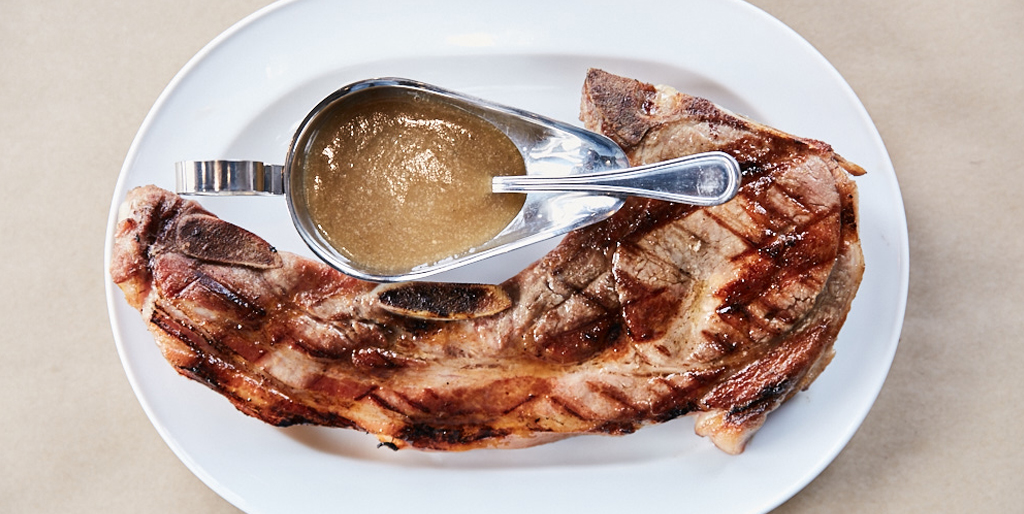 Anyone familiar with the Gerrard and Pape area will know that over the past few decades, the longstanding Maple Leaf Tavern had become a sleaze den, its aura of dilapidation spreading far and wide. That was until the fall of 2013, when restaurateur Todd Morgan — along with his family — bought the place.

The building had been vacant for around two years, but Morgan, who also owns Port restaurant in Pickering, saw potential. It had good bones, he says, and it was full of history. So he orchestrated a full-scale renovation to restore the building to its 1940s heyday.

“When you go to American cities, the architecture seems to have a nice mix of new and old,” he says. “It’s harder in Toronto to find examples of earlier 20th century buildings.”

The new Maple Leaf Tavern opened this month as a 115-seat restaurant. What was once a dive bar (not the hipster kind) is now a polished tavern with hardwood floors, exposed brick, a maple bar top and emerald green subway tiles. Nostalgia abounds: the bricks are original, along with the window frames, and an old cigarette machine from a bygone era decorates the entrance.

Executive chef Jesse Vallins, formerly of The Saint Tavern, leads the kitchen team that also includes Jonny O’Callaghan and Binh An Nguyen.  As an east-end resident, he admits that the neighbourhood needs better dining options.

“I don’t think there are a lot of restaurants in the east end that are better than they have to be,” he says.

The centerpiece of the new kitchen is a wood-burning grill (renowned chef Jonathan Gushue uses the same kind at his Kitchener restaurant, The Berlin), built from repurposed brick found on site. In putting together the menu, Vallins’ top order of business was to create solid, familiar flavours.

“We’re not following trends. There won’t be any sea buckthorn or squid ink, and we’re not putting insects in food,” he says. “At the end of the day, I just want to put good food on the plate.”

Maple Leaf Tavern's Salmon crudo ($14) is cured and lightly smoked, served with a cold beet and horseradish terrine with a sous vide egg. A tomahawk pork chop ($48) is brined and cooked on the grill, accompanied by rosemary applesauce. Vallins is also known for his sausage (he is a frequent winner of Marben’s annual sausage competition), so of course he’s making his own here, such as duck, weisswurst and beer and mustard (one for $16, or five for $25).

Will Predhomme (formerly of Canoe) says he wanted to use the wine list he created for MLT to introduce guests to wines they probably haven’t encountered. They went with a flat pricing scheme — $12 for a small glass, $18 for a large and all bottles get the same markup above their retail price.

The coming months will see the addition of a new patio (48 seats), and a basement lounge — with a late-night menu — is also in the works.