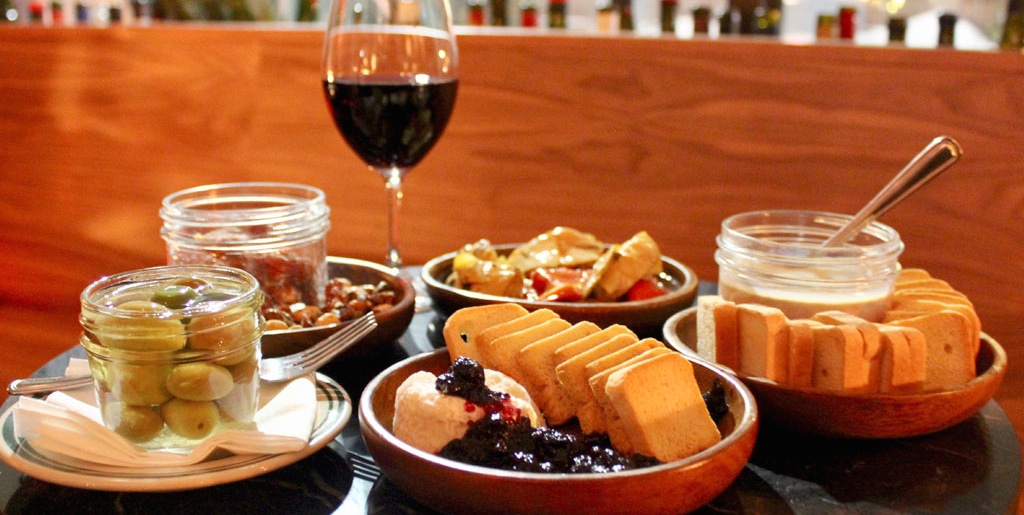 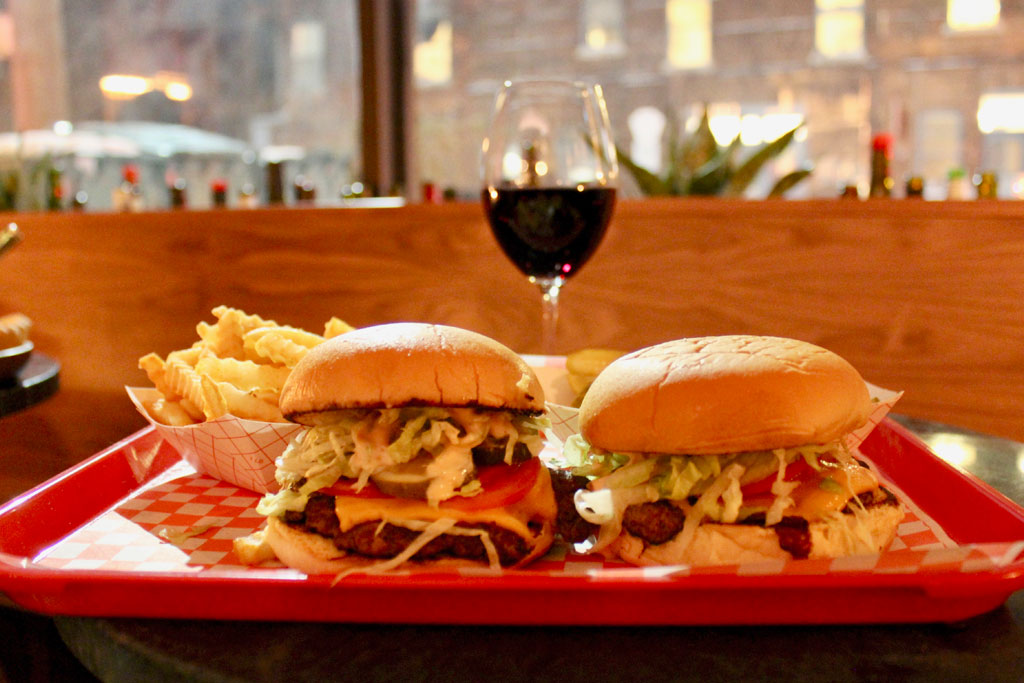 Nice Nice has an in-house menu of snacks from Paris Paris, but the coolest aspect of this new venture is the collaboration between the wine bar and a certain Dundas West burger joint. Partnering with the Extra Burger team means that patrons can buy a $7 cheeseburger while sipping on vino hand selected by Krysta Oben, of Toronto's Grape Witches .

“There are a lot of places you can grab a pizza and a beer,” says general manager Gabriel Parniak, “but not many places you can have a fantastic old-school burger with a perfect glass of wine."

Poon has been cultivating an upscale dining experience with a laid-back atmosphere in almost all of his restaurants, so it's no wonder Nice Nice is also sporting this same mission statement. "It’s a sort of meeting between ‘high’ and ‘low.’ It diffuses the pretence that some people might feel about wine,” says Parniak. 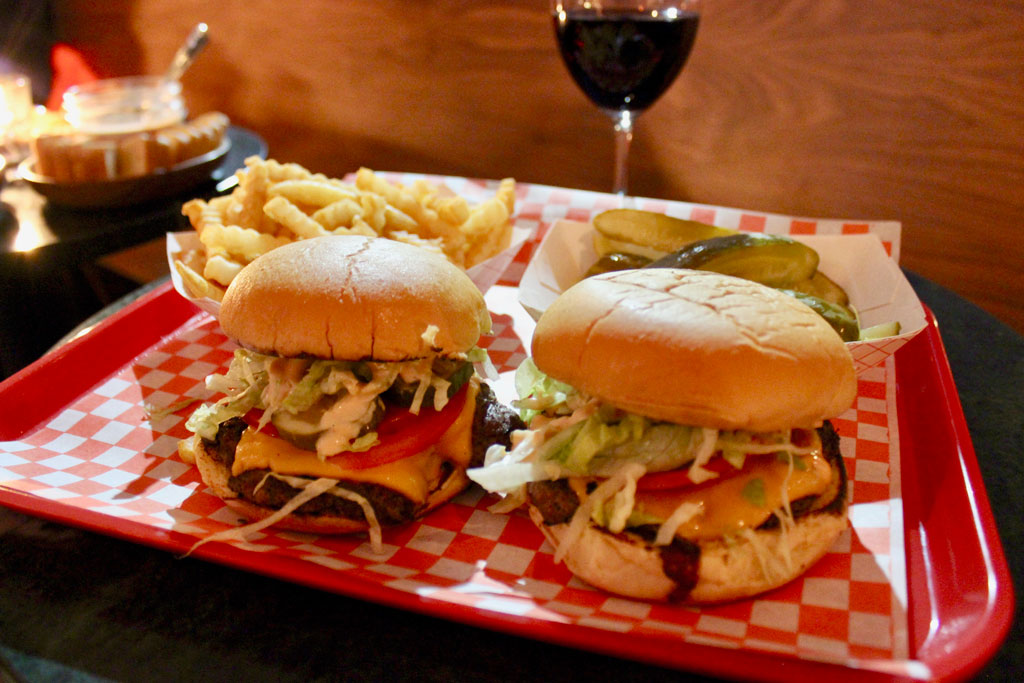 The bar snacks from Paris Paris are perfect perfect. 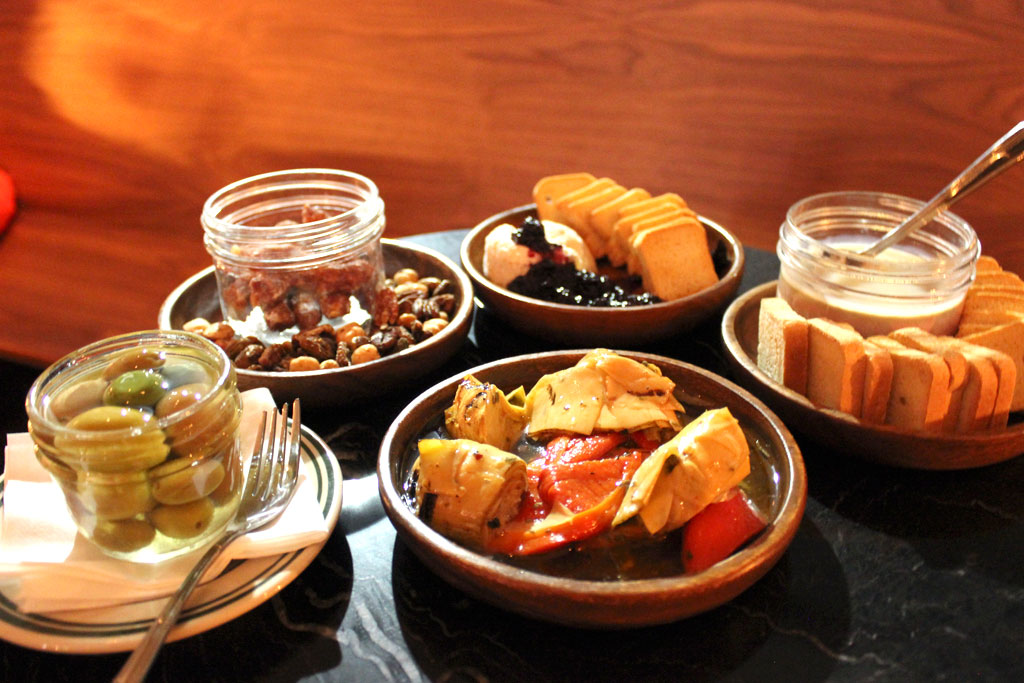 With options for marinated olives ($5), honey roasted bar nuts ($5), roasted red pepper and artichoke pickle ($5), a very generous helping of chicken liver paté with Paris toast ($10), goat cheese with a blueberry compote ($10), and saucisson ($10), or French dry-cured sausages. If your sweet tooth is calling, you can also opt for the panna cotta ($5).

The variety and price points for quality eats are a definite win for the team’s vision and the partnership between the two businesses is an alchemic combination.

“It’s a symbiotic relationship,” says Parniak. “Without Rob (Extra Burger) and his guys doing their thing here, this place wouldn’t be as special either. It makes us very unique to the city.”

Since the space is small and there aren’t options for a wine cellar where special bottles can be stored, patrons will find a fast turnover of by-the-glass pours at accessible price points. The casual vibe behind meticulously sourced wines brings an element of experimentation to each evening. 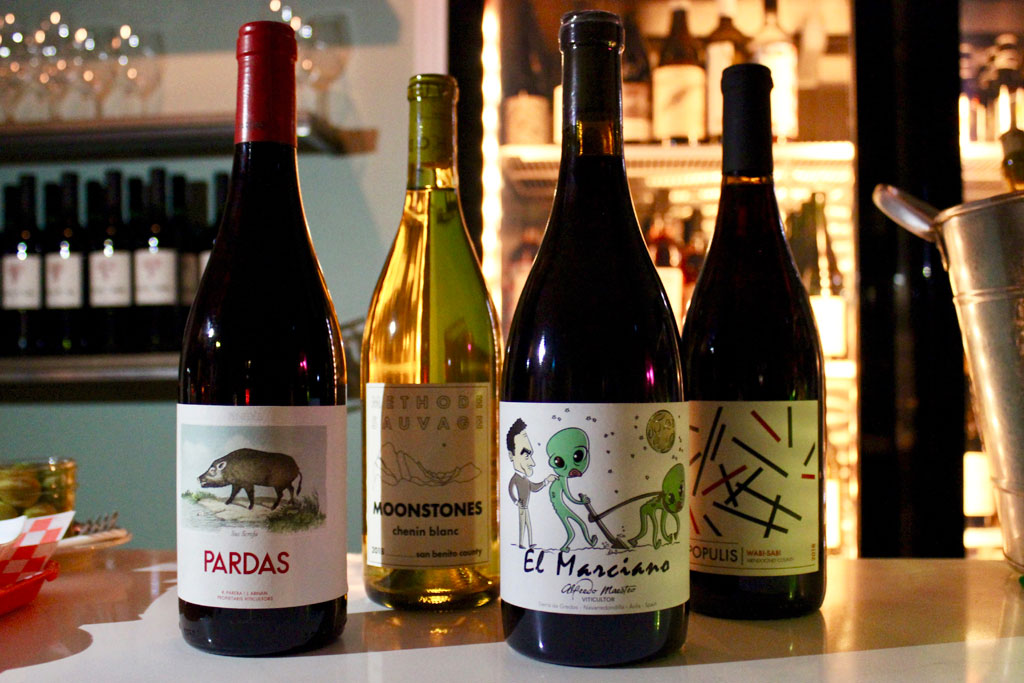 Two of Parniak’s current favourites are from Spain: Celler Pardas and from the vineyards of Alfredo Maestro.

“Something that’s been happening a lot in Spain recently,” explains Parniak, “is that modern producers are finding neglected parcels of land where hardy vines are still growing. Ramon (Celler Pardas) basically reinvigorated an abandoned medieval cellar and rehabilitated the land to produce his organic biodynamic wines.” 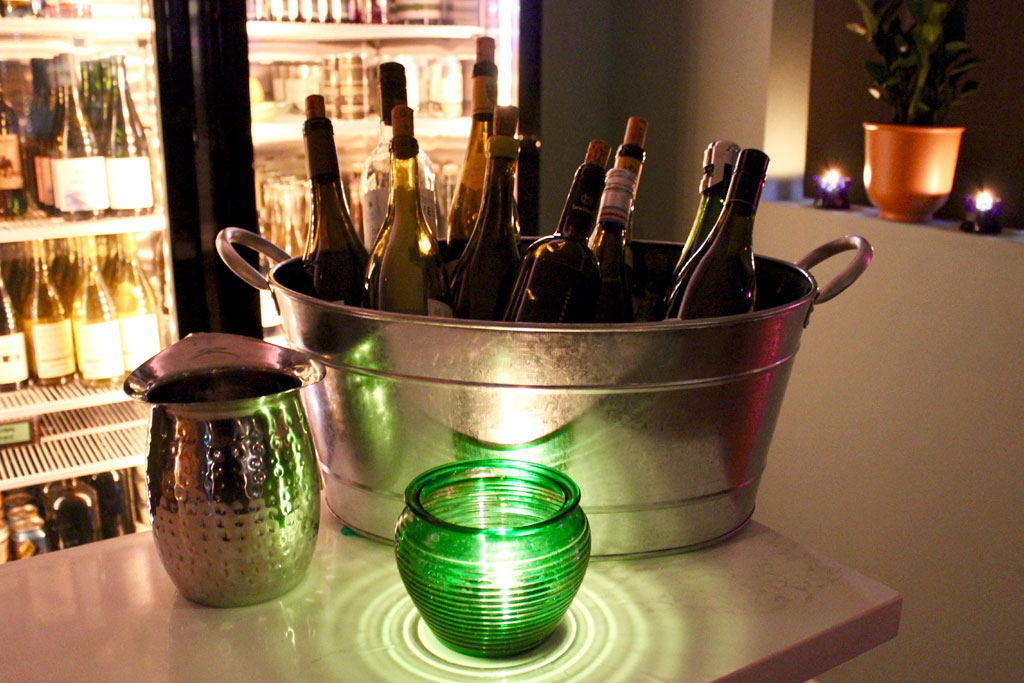 While the team will go far and wide to bring beautiful bottles to Toronto’s tables, the focus at Nice Nice is accessibility when it comes to exceptional wine.

“Parkdale has a lot of character,” says Parniak. “The big thing for me is always having a $10 glass of wine. It’s about striking a balance between more accessible price points and having some special bottles, too.” 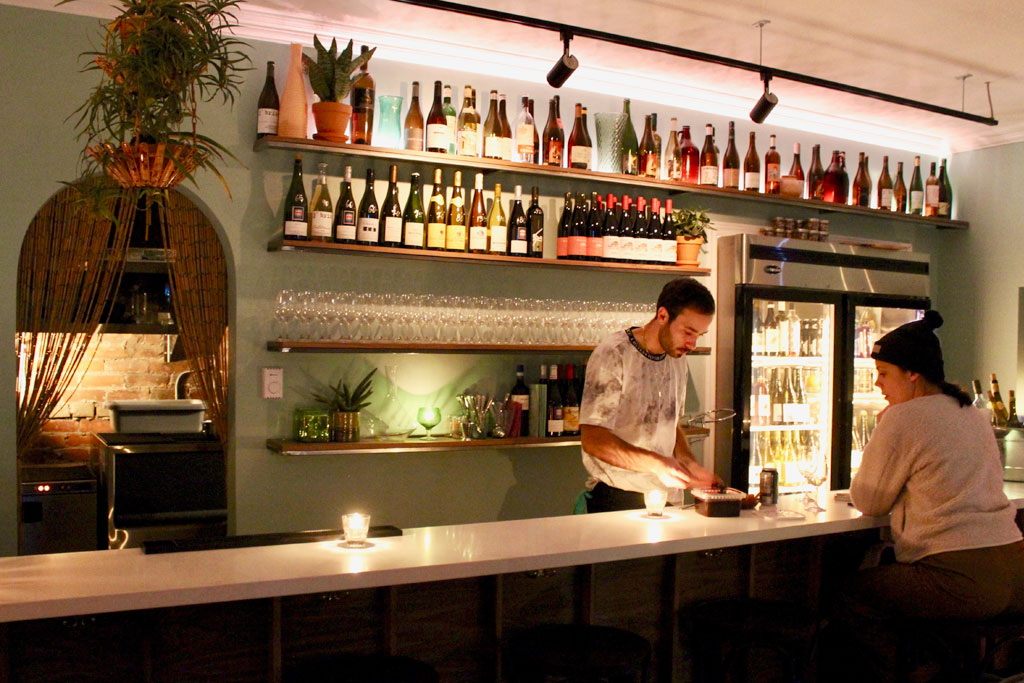 Nice Nice and Extra Burger operate out of two distinct rooms separated by long, thin, beaded curtains. Both spaces are intimate but not crowded, and the low-key décor of Extra Burger flows seamlessly into the low light and minimalist accents of Nice Nice. A long half-booth flanks the wall beneath a wide window, and small tables run parallel to the bar on the opposite side. Once the summer rolls around, Nice Nice will host a patio that seats 20. 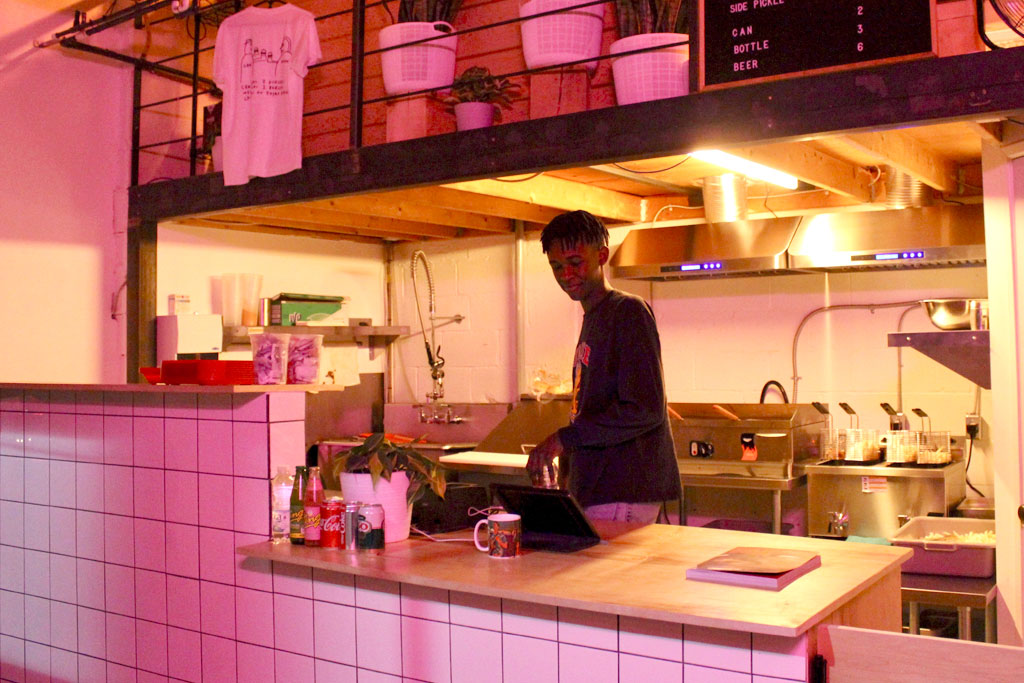 “We want this to be a neighbourhood space,” says Parniak. I’ve had people come in with a little folding chess board, playing and drinking wine for two hours. I want to see that. Come hang out, read your book, it’s chill. It’s nice.” 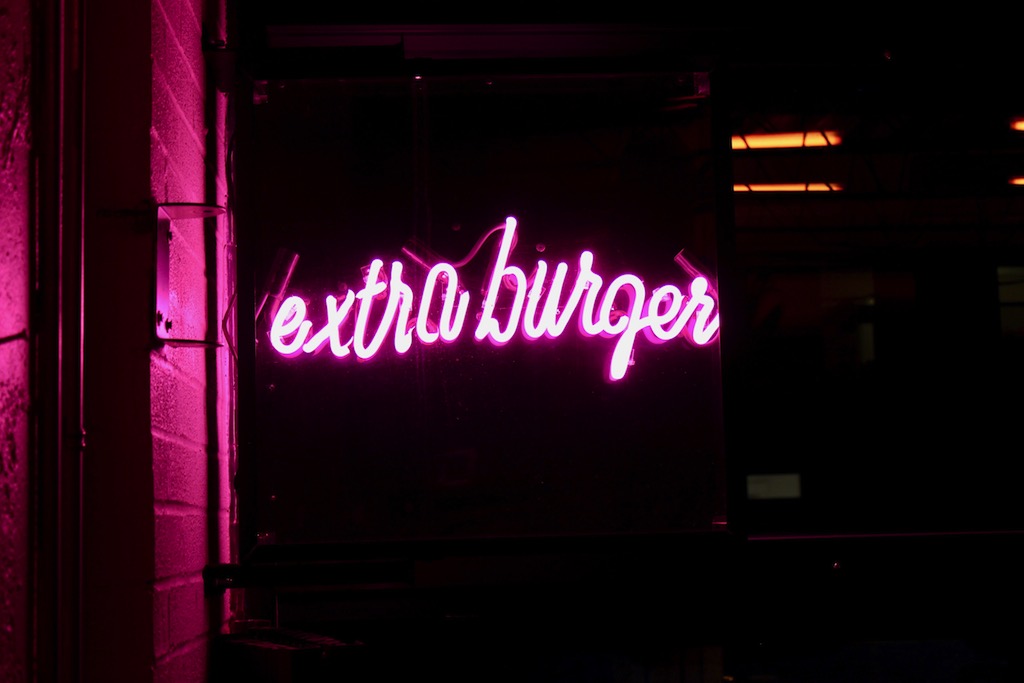 By: Saliha Chattoo Posted on: Jan. 22