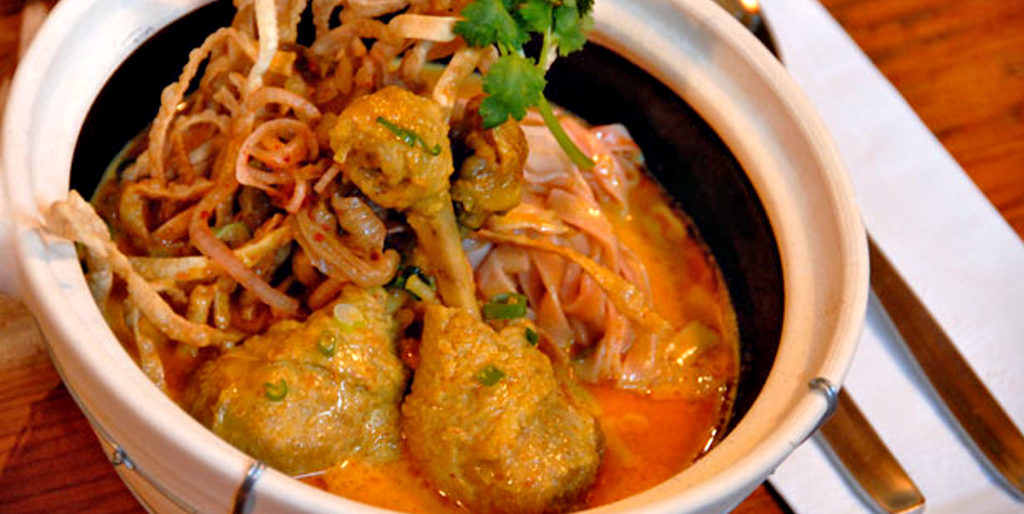 It was spring of last year when word got out that chef Nuit Regular and her husband Jeff — the couple behind some of the best Thai restaurants in the city — would be opening a new downtown restaurant on the site of a former Golden Griddle. Now, nearly a year and a half later, the new place is finally open. The reason for the wait? Perfectionism.

“We didn’t want to settle,” says Mr. Regular. “We put everything we had into it.”

Pai Northern Thai Kitchen, as the new restaurant is called, is the place that the Regulars have always wanted to open in Toronto. They financially partnered up with Janet Zuccarini (owner of Gusto 101 and Trattoria Nervosa), who allowed them the freedom to execute their vision.

“I want this to be Thailand,” Mr. Regular says. “When you come in, you actually feel like you’re in a different place.”

The restaurant is named after a small town in Northern Thailand where Nuit and Jeff met, where they opened their first restaurant, Curry Shack. Décor is full of throwbacks to the motherland; there’s even a 20-seat snack bar/overflow area known as Be-bop, named after a legendary bar in Pai. There’s also a private dining area, which guests can book out to experience a carte blanche menu from the chef. In total, the space is around 4,500 square feet, and it seats over 80.

The menu sees the return of a few of chef Nuit’s hits — including the yellow curry known as khao soi ($14) and the ground meat dish known as pad gra prow ($13-$15) — along with new additions such as a papaya salad (with tomato, green beans, chilis, tamarind juice, fish sauce and dried shrimp, $9) or gaeng kiaw wan, a green curry with kaffir lime, basil and coconut milk served inside a coconut ($15).

Nuit and Jeff have collaborated on numerous ventures — such as Sukhothai, Khao San Road and Sabai Sabai Kitchen — but at these restaurants, they say, they catered to Western tastes to varying degrees. With Pai Northern Thai Kitchen, the flavours of Thailand are unadulterated. Mr. Regular says that Toronto is ready for that.