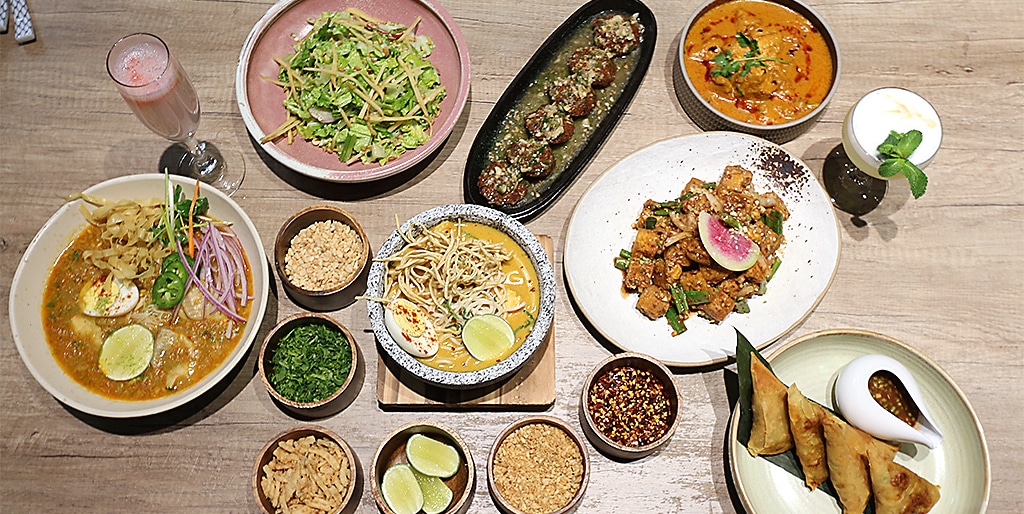 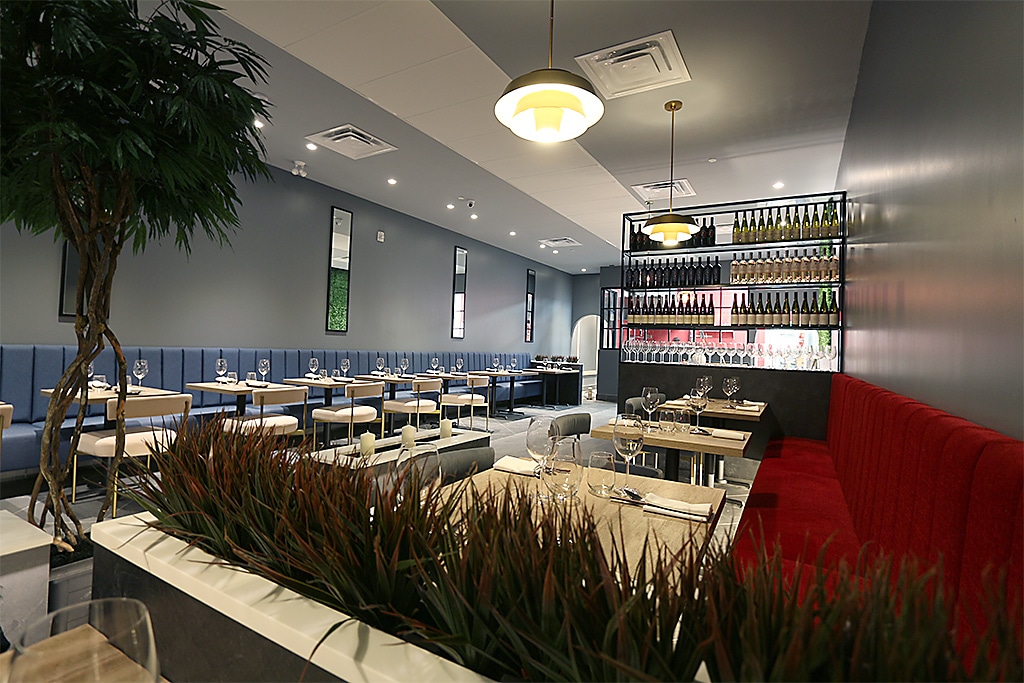 Bhagwani’s first introduction to Burmese cooking was during his primitive years on the streets of Siliguri, in Northeast India. Three years ago, he was reintroduced to the cuisine on a visit to Delhi and was blown away by the flavours. Bhagwani now introduces Burmese cuisine to guests as “Chinese-style noodles with Indian-style soups."

Being a somewhat isolated country, Myanmar's (formerly known as Burma) cuisine is not yet mainstream. Wanting to stray from the ordinary, Bhagwani and his business partner and co-owner Trevor Lui (Chen Chen’s Hot Chicken, Makan Noodle Bar) set out to introduce the flavours of Myanmar to the people of North York.

“We’re trying, in many ways, to do everything we can as an ode and respect for Burmese food without having to be Burmese, because we’re not Burmese,” says Lui.  The culinary immersion of both Bhagwani and his chef de cuisine, Sudhan Natarajan, in Burmese kitchens, both in Myanmar and India, have influenced the dishes at Pōpa Toronto. By trying to stay as traditional as possible, they have sourced authentic ingredients like laphet (tea leaves) straight from Yangon.

While doing research for Pōpa, the team stumbled upon a proverb that translated says, "when you care deeply about a person you can share the best dishes." This became the vision for the restaurant, "Dining is a story. Every meal that we share has the ability or the affect to be a story at some point in somebody’s life," says Lui.

The menu at Pōpa is composed of a multitude of shareable plates inspired by Burmese street food, local ingredients and reimagined restaurant staples. 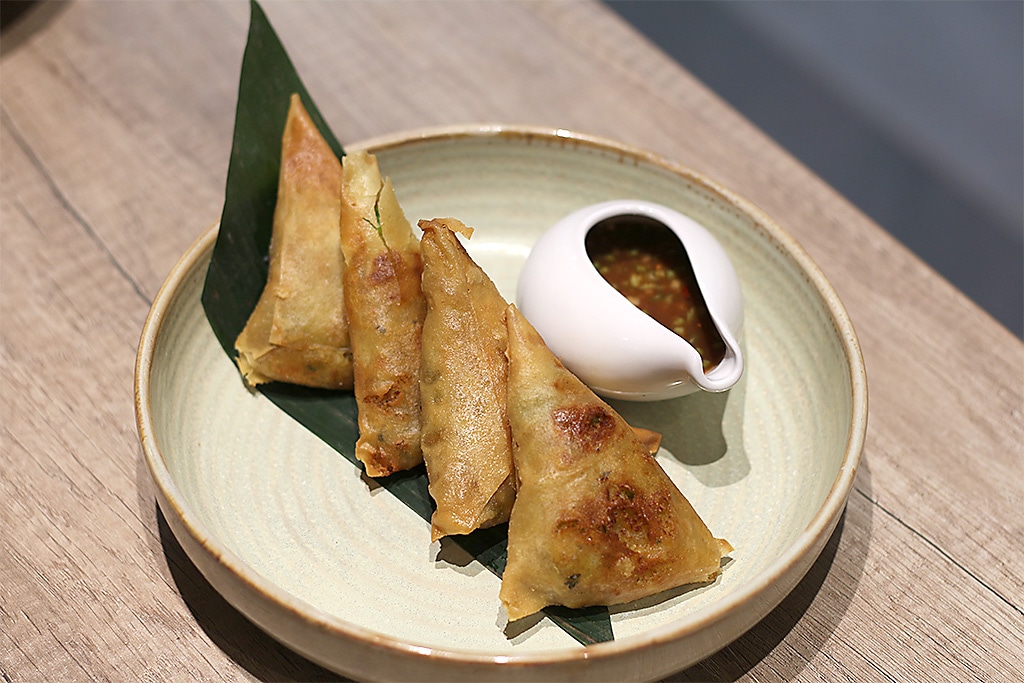 While Burmese cuisine on its own may be relatively unchartered territory, one will feel a certain familiarity with dishes such as the Rangoon Samuza ($7.50). This homemade pastry is filled with potatoes, turmeric, shallots and ground pepper served with tamarind chutney . 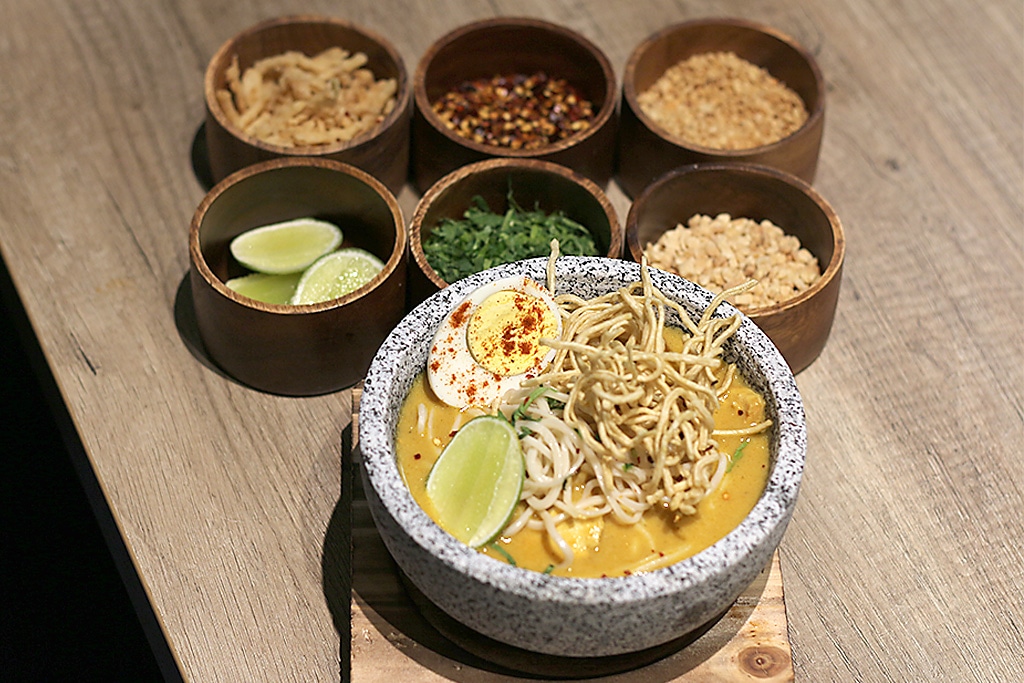 The Nan Gyi Thoke ($18.75) hand tossed noodle salad with chicken curry, toasted pea flour and a hard boiled duck egg. Bhagwani says this dish is affectionately referred to by Indians as the “butter chicken of Burma.” 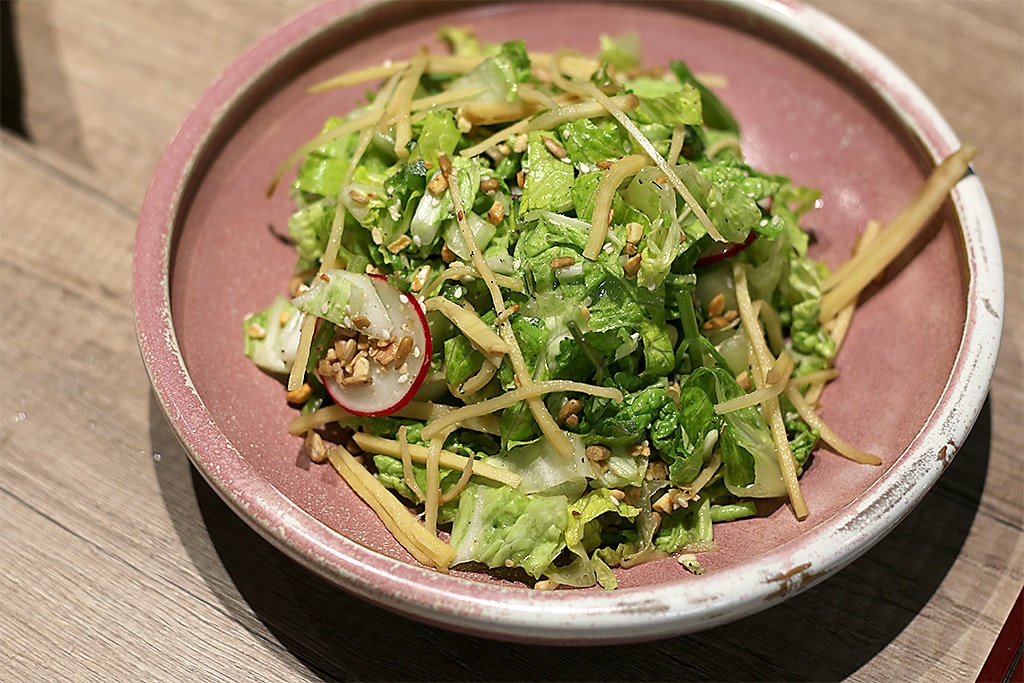 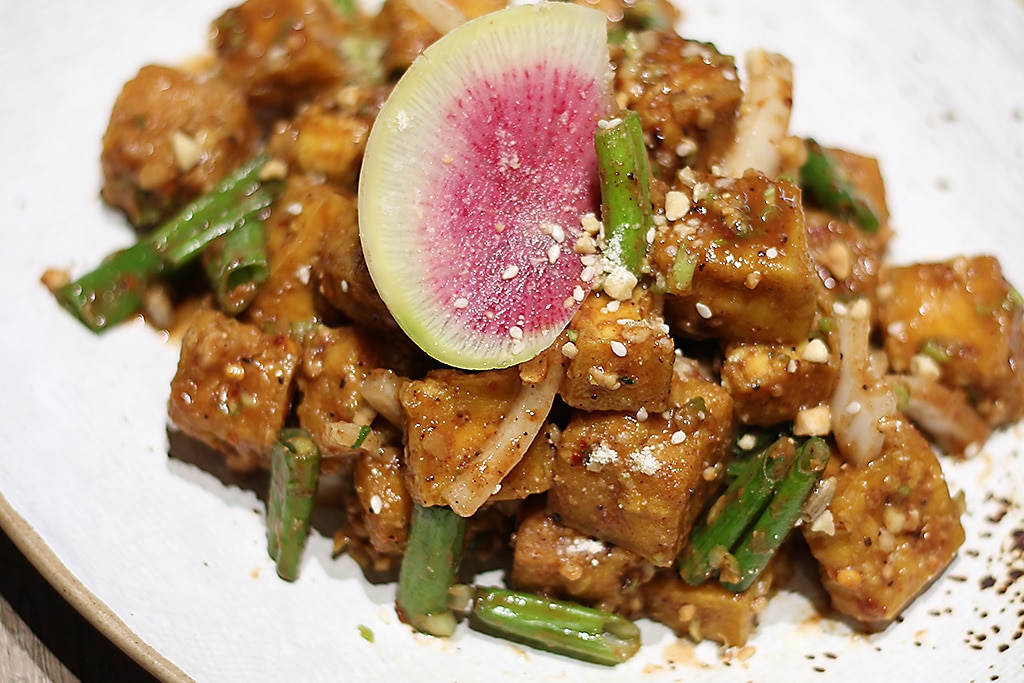 Shan Tofu ($12.75), fermented and made with chickpea flour served with a ginger tamarind dressing.

On curating the wine list, Bhagwani, a sommelier and avid wine drinker, decided to democratize the way people drink wine. Embracing blends versus single varietals, Bhagwani says he personally doesn’t love committing to five ounces of the same wine during a meal. Pōpa's wine list will be short, but will evolve and expand as the team learns diner preferences and can gage the response to the by-the-ounce offering.

The cocktail list at Pōpa Toronto consists of eight unique cocktails that feature house infusions and flavoured spirits.  The Pegu Club ($12), a colonial cocktail circa 1920, is made with London dry gin, curaçao, fresh lime juice, Angostura and orange bitters.

“Our beverage program is meant to be inclusive,” says Lui.  There’s even a shortlist of non-alcoholic beverages that aren’t just Shirley Temples.

The interior of Pōpa Toronto is minimalist, with contrasting textures and muted colours. Much more subdued than its opulent sister restaurant Goa just a few doors down, the design approach allows the food and presentation to speak for itself. 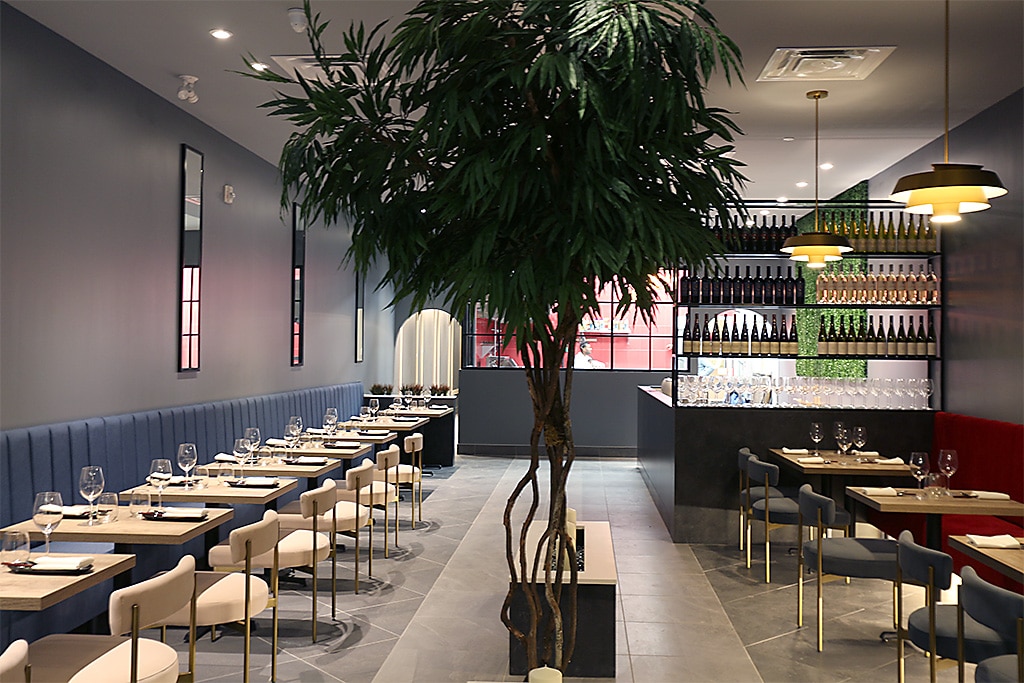 The greenery infused into the space allows for the mind to be transported out of the confines of Bayview Village and into the landscapes of Myanmar.