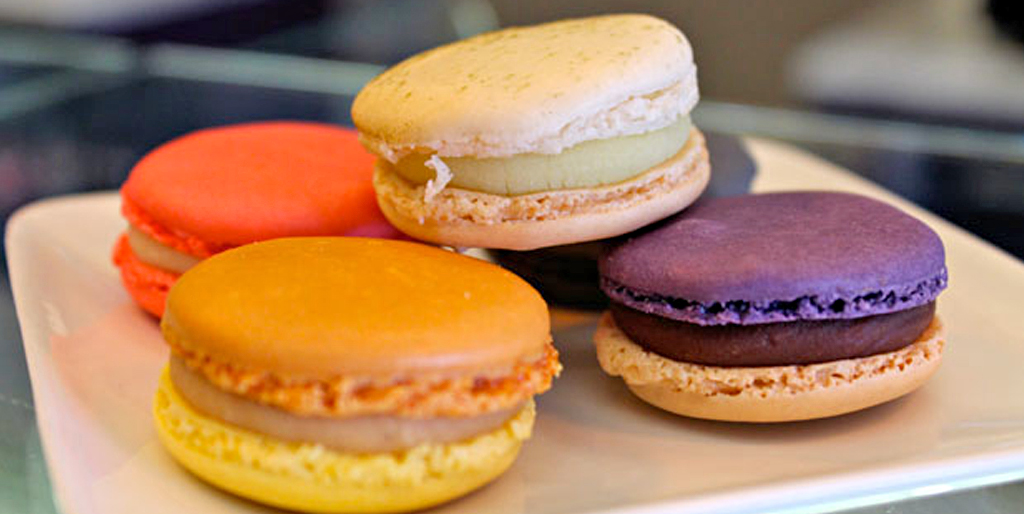 Making its first foray into Toronto, Ruelo Patisserie has long called Richmond Hill home. Owner Jacqueline Lo, pastry chef extraordinaire, has been in the biz now for some four years, and hopes to slowly set up camp throughout the city, gaining customers one macaron at a time. Her new Toronto location opened near Yonge and Eglinton last month.

Cutting her teeth at Ottawa’s Le Cordon Bleu before heading to Pierre Hermé in Paris — one of the world’s top schools for macaron-making — Lo’s best work comes in the form of teeny-tiny pastel rounds. 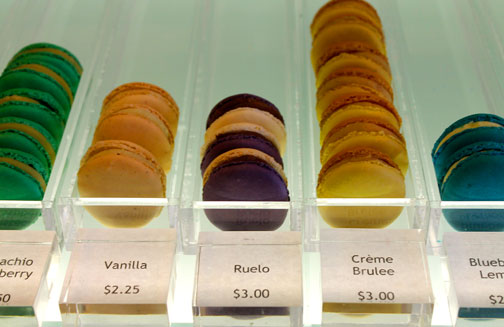 Lo has eaten pastries around the world and tries to incorporate this into her baking with innovative flavour combinations. Using French Valrhona chocolate in tandem with other premium ingredients — including some imported from France and Italy — Lo stresses that absolutely everything is made from scratch.

Ruelo Patisserie's signature macaron ($3) is crafted using milk chocolate ganache and has a hazelnut centre, but it’s the more unique combos that help set these macarons apart from other patisseries. 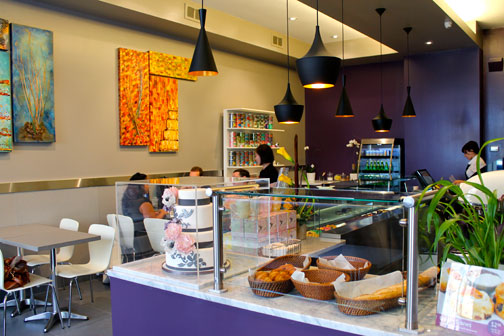 A rose and lychee version hides a raspberry jelly centre ($2.50), while wasabi ganache nestles up to a grapefruit interior in another, offering up a bit of a dessert kick ($2.50). Most extravagant of all, Lo’s black truffle macaron uses Italian black truffles for a uniquely-flavoured option ($5).

Additionally, Lo offers up sumptuous cakes, such as the shop’s namesake version, which pairs a dark chocolate mousse with crispy praline and vanilla crème brulée — ideal for a daring afternoon treat ($5.95, pictured below). 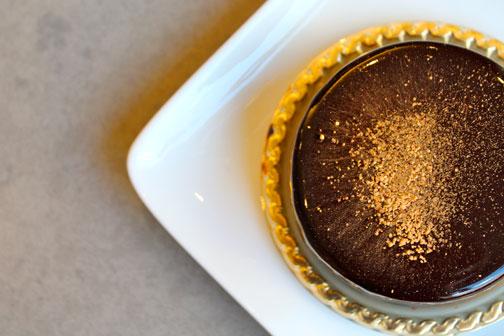