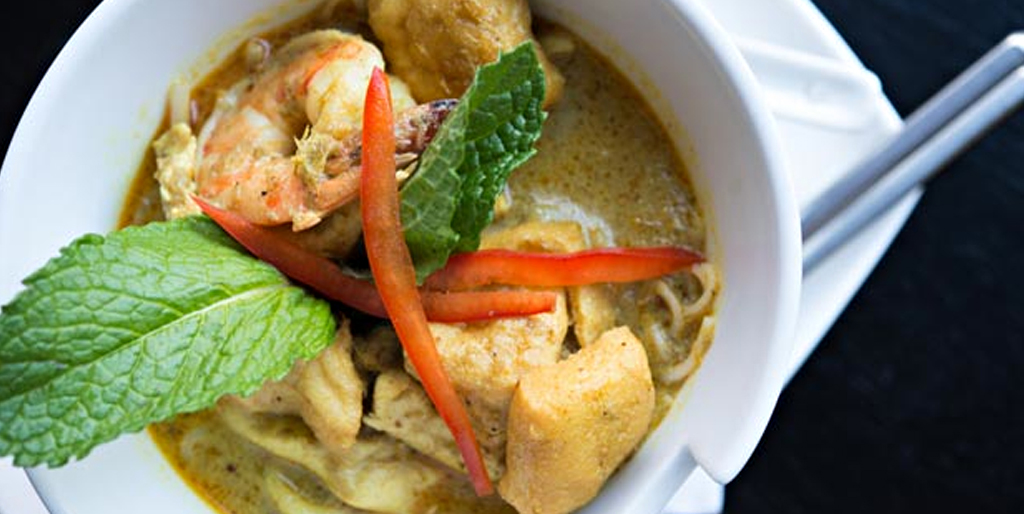 After having its soft opening late last month, Soos has officially opened on Ossington, just steps from Oddseoul. Behind the modern Malaysian restaurant is the Soo family, including Tricia (who is the chef) and Zenn. They owned and ran the much-loved Matahari Bar & Grill on Baldwin for 13 years before selling it a few years ago.

The space, previously Paramour, was designed by Sasha Josipovicz of Studio Pyramid Inc. and is meant to evoke a “contemporary colonial” look. It’s modern, but without the typical exposed-brick, industrial feel attributed to most spots on Ossington. Orangutan portraits hang on the walls (there are orangutans in Malaysia) and giant rambutan-like lights hang above.

At Soos, you’ll find authentic Malaysian flavours, but also plays on dishes from around the world. The seafood antipasto ($15), for example, showcases seafood made in a satay style, but plated as an antipasto dish. The rendang beef poutine ($11) is made with hand-cut frites, lemongrass, curry leaf, coconut gravy and Quebec cheese curds. For Malay favourites, there’s also Hainanese chicken rice ($15), char kway teow ($15) and laksa ($15).