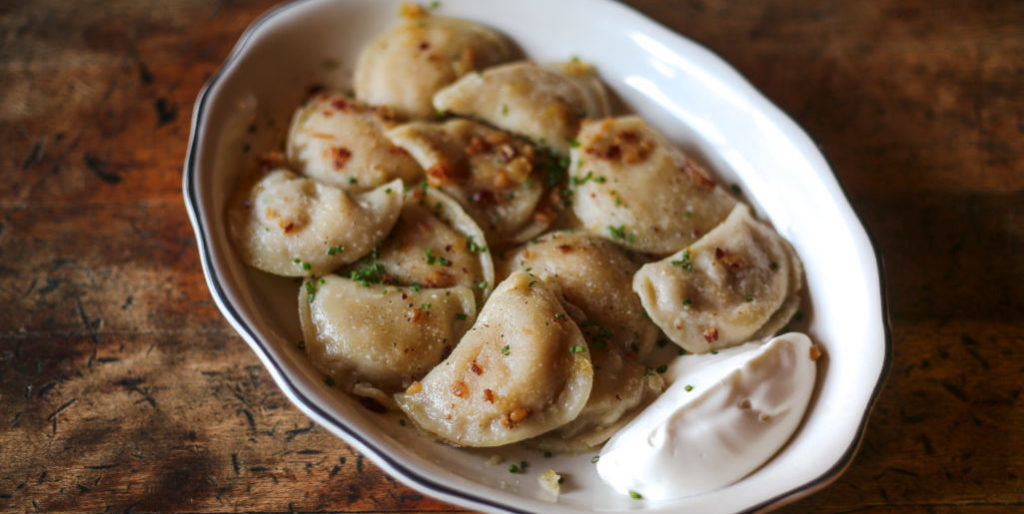 If there’s one thing we know about noted chef and restaurateur Grant van Gameren, it’s that he can turn out upscale and downscale without either option feeling disingenuous. To wit: Tennessee Tavern. Found in the nether regions of Parkdale, Tennessee is a testament to van Gameren’s skills. The dark, sprawling space with a scruffy past has walls laden with oddities (crucifix collection, anyone?) and an eastern Euro menu that gives and gives. Dunk cheesy perogies in a vat of sour cream, plow through eggs speared with kielbasa and, if you’re brave, finish off that pile ’o meat that houses everything under the sun. And yes, there is rakija to be found. If you’re lucky, you’ll happen upon the resto during a wild eve, like say, a perogy-eating competition complete with a Balkan brass band playing tunes in the background. True story.
MUST-HAVE: Cheesy perogies
IF YOU CAN’T GET A TABLE TRY: Harry’s Char Broil and Dining Lounge
$$