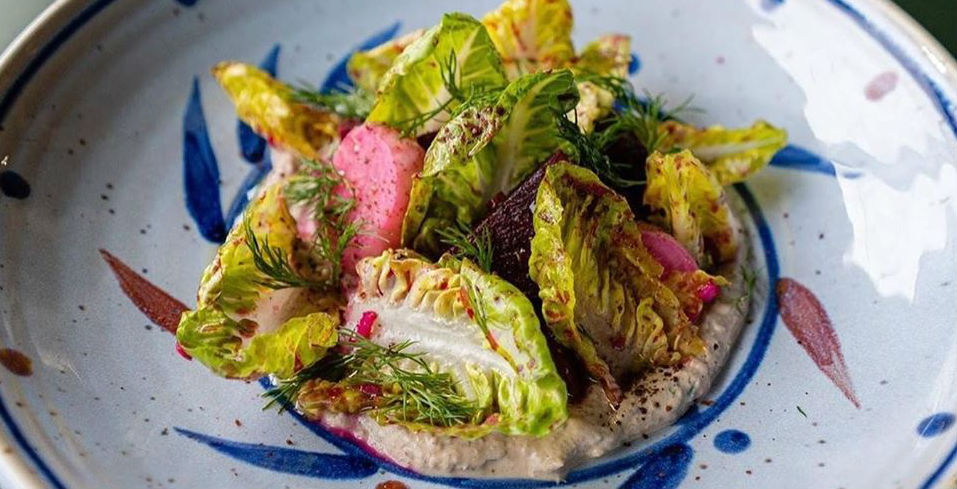 The Good Fork specializes in Middle Eastern-influenced brunch. Previously located in Bloor West, the Good Fork moved to Dundas West in 2019, trading up its old digs for a big, modern space with a rich colour scheme and eye-catching patterned floor. The move also saw the Good Fork expanding its offerings beyond brunch to include a dinner menu that draws on the Middle Eastern heritage of the restaurant’s owners. The crowds pack in a brunch for dishes like red velvet pancakes and Spanish hash with crumbled chorizo, but it’s worth stopping by in the evening for mezze platters, including their house-made hummus.