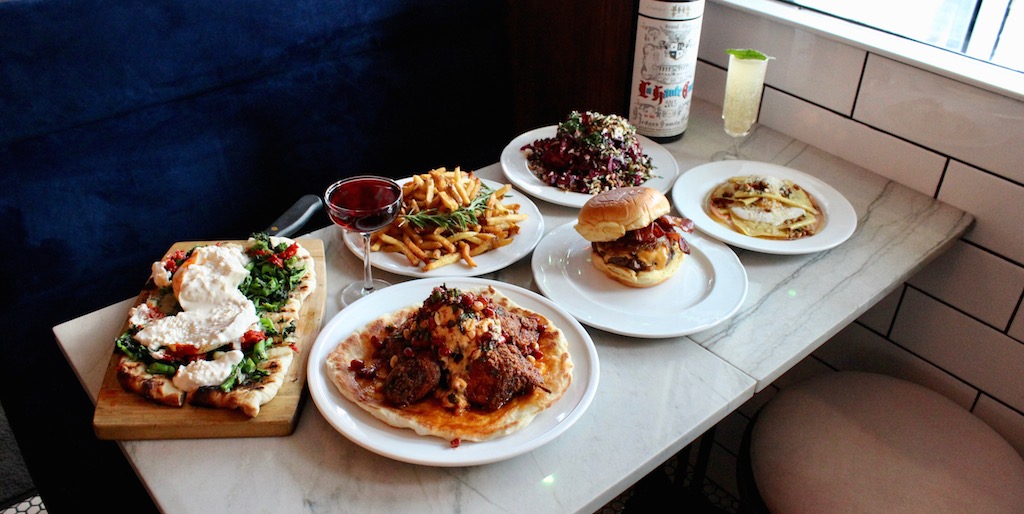 When Rose and Sons announced they were closing their beloved Dupont locale in the fall of 2019, there were more than a few broken hearts in Toronto. But in a matter of a few short months, Anthony Rose and partner Robert Wilder are back with their new passion project: The Grand Elvis.

“We decided to do the change almost a year ago,” says Rose. “We wanted something that was true to the Wilder and Rose group, and we have a ‘big’ pattern here: Fat Pasha, Fet Zun, Schmaltz Appetizing, Gordy Smiles, and now The Grand Elvis. Everyone loves fat Elvis: grand is big, generous, over the top. We’re just going deeper into everything we always do, but bigger, grander, and fatter.”

Chef de cuisine Jeff Richards is at the helm, and one of the team’s favourite aspects of the new kitchen is a statement charcoal grill that now holds the record for hottest in Canada at 850℉.

The grilled red cabbage salad packs in an impressive amount of flavour with a deceptively simple combination of ingredients. Onions are roasted directly on the coals and combined with white balsamic vinegar, olive oil, fresh basil, oven-roasted beets and oranges to make a vinaigrette for grilled cabbage and red onion. The salad is topped with locally sourced feta, puffed wild rice, and parsley.

The banquet burger is a dry aged patty with bacon, cheese, and caramelized onions. The burger is an homage to chef Jeremy Spector’s burger at Brindle Room in New York City, which you may recognize from its many times atop a dizzying array of “best burger” lists over the last decade. Spector and Rose co-developed the burger for The Grand Elvis over the summer of 2019, when Rose and Sons served 150 of them in one day.

Chicken is brined in buttermilk for 24 hours, dredged in a special mix of ingredients, topped with pimento cheese and redskin Ontario peanuts that are tossed in a sauce of honey, hot sauce, scallions, and butter.

“The lazy ravioli is one of my favourite dishes on the menu,” says chef Richards. “We get this amazing pasta made fresh for us from Famiglia Baldassarre, which is one of the best pasta purveyors in the city. We have this incredible country ham from Perth Farms that’s as fresh and perfect as it could possibly be. Then we add fresh sage, pine nuts, local eggs, brown butter, and some sherry. The dish just sings.”

House made dough and fresh cuts of rapini grill next to each other and are plated with burrata, bomba sauce, bagna cauda (garlic, anchovies, butter, olive oil, sage, lemon rind), and fermented chili oil.

Rose grew up eating his grandmother’s homemade butterscotch pudding, and it’s that exact recipe that’s being used in the resto's decadent parfait. 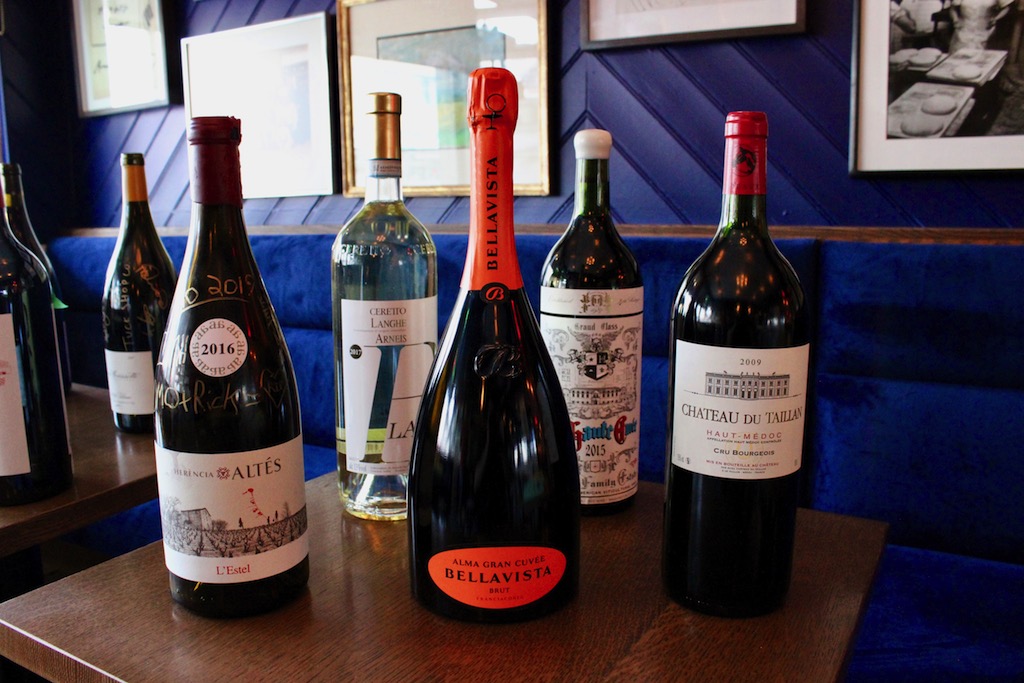 The wine menu hosts a wide array of specialty magnum wines (1.5L bottles), many of which are local to Ontario. Each night, the team will open one bottle to serve by the glass, with full bottles for sale each night. Some highlights include two Niagra region wines, the 2017 Gamay from the 13th Street Winery ($130) and the 2017 Pearl Morissette Chardonnay ($145), a 2016 Gamay and Pinot Noir blend named “Bunny Wine” from Grange of Prince Edward ($120), and a 2015 La Haute Cuvée Bordeaux blend from the biodynamic winery at the Hedges Family Estate in Washington ($365). 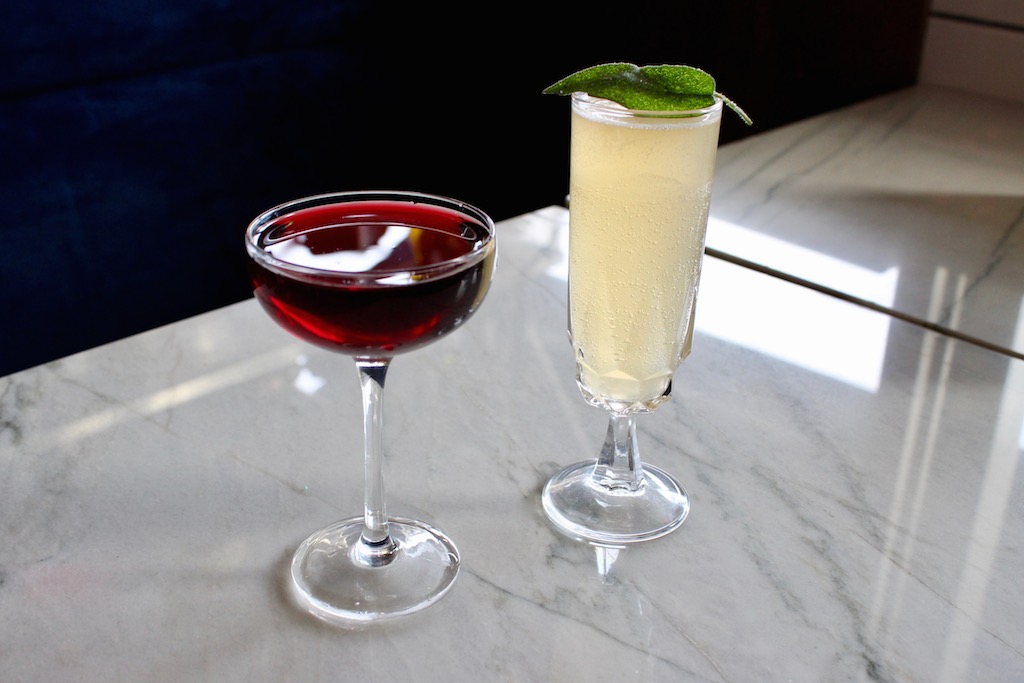 The cocktail menu includes a fresh and aromatic vodka-based drink named after Emma Goldman ($15), the Russian anarchist who spent the final years of her life here in Toronto.

The beet martini ($15) is a gentle but boozy affair, with hints of lemongrass on the finish. 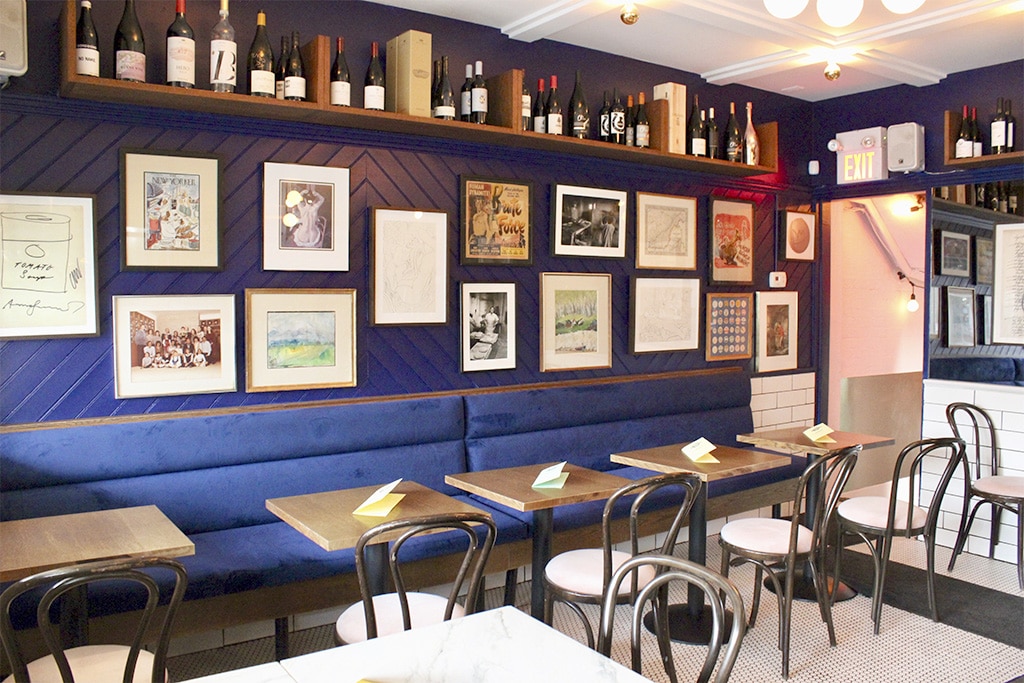 The space formerly known as Rose and Sons is now The Grand Elvis “salon,” which has been redesigned to host a gold statement bar overflowing with bottles, and an intimate dining area with rich jewel-toned blues and pastel pinks. 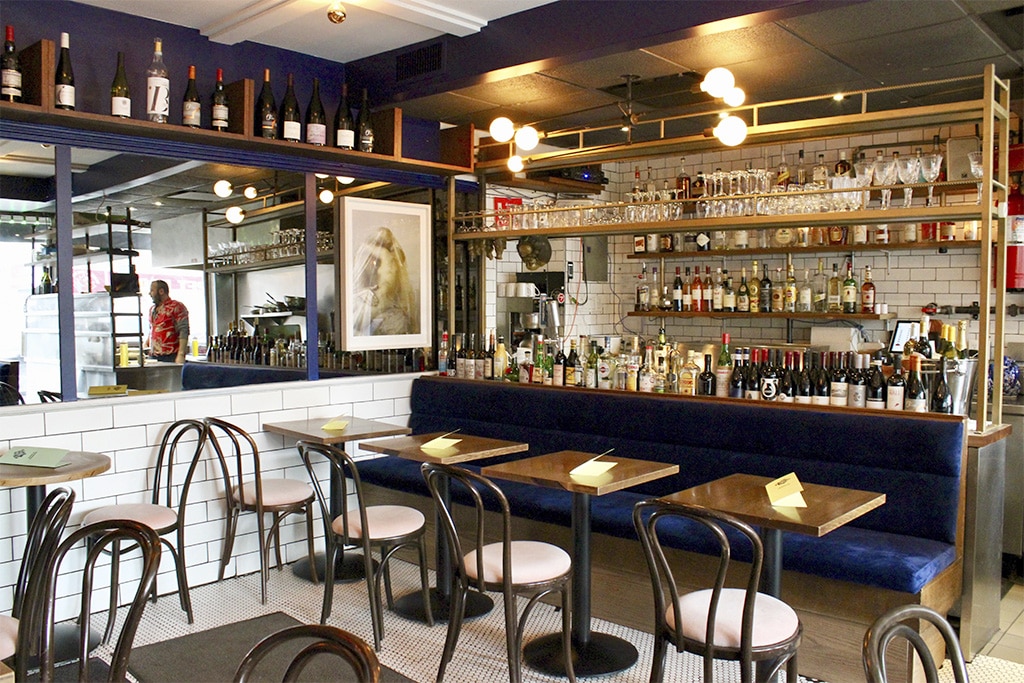 A small staircase and waiting area strung up with lights and an eclectic mix of poster art leads patrons into the former Wilder and Rose BBQ joint Big Crow, which is now fully indoors and filled with a gentle smoky aroma from the statement charcoal grill at the back. Seating is much more ample in this “ballroom” section of The Grand Elvis, and the décor is rustic with nods to the pastel pinks of the lush salon. 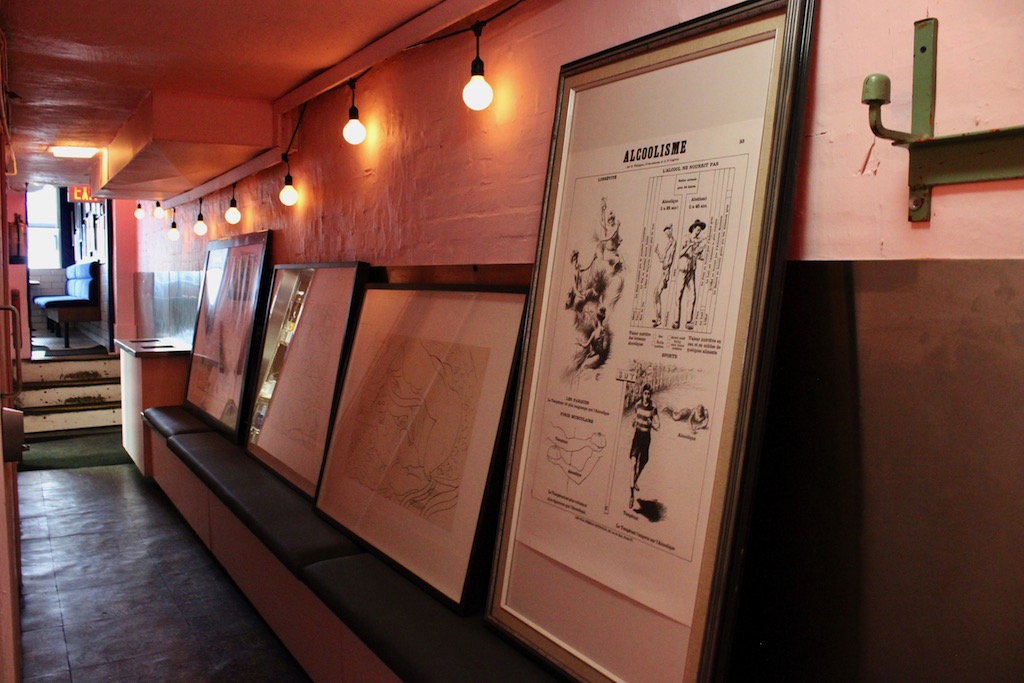 “I like to say that we use the word Elvis as a verb and not a noun,” says Rose. “Elvis is a feeling, not a singular person place or thing. Elvis is how you feel inside.

“I want Toronto to know that I love them,” Rose continues. “I did this for them, my staff, and the neighbourhood. [The Grand Elvis] is a Toronto restaurant: it isn’t Italian, it isn’t French, it isn’t Spanish. It’s Toronto.” 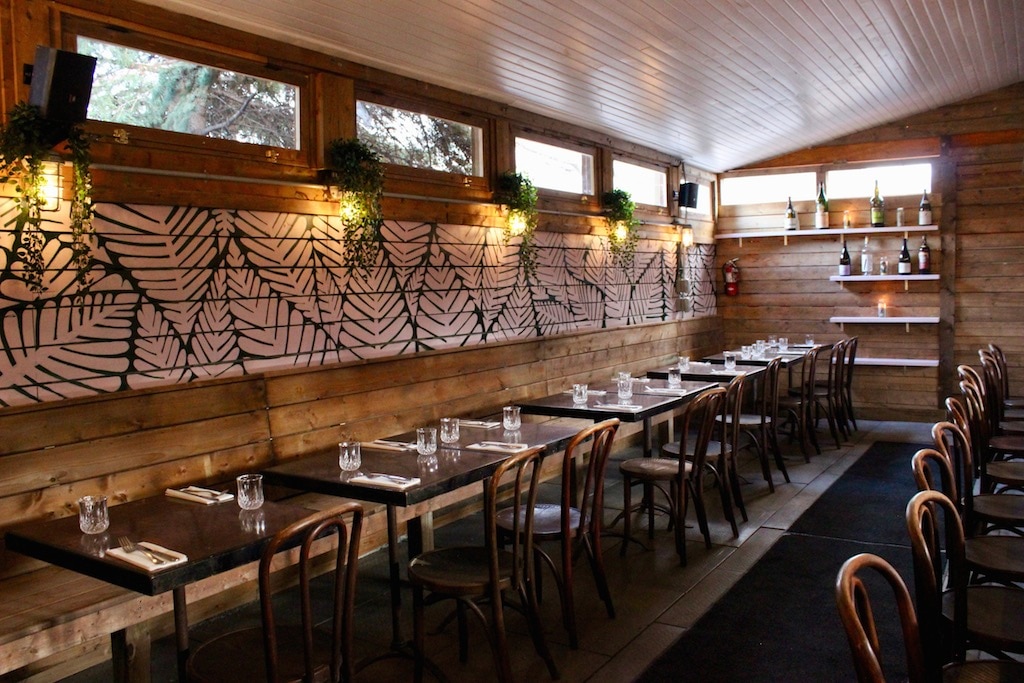