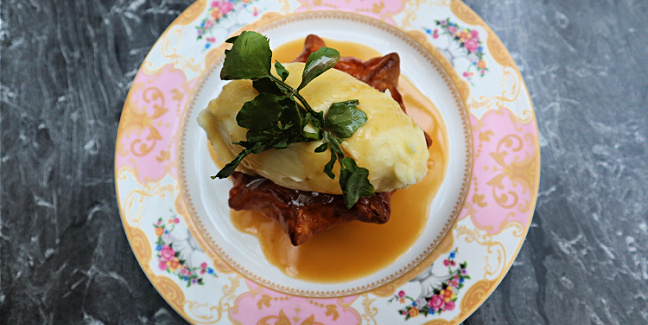 Hospitality heavyweight Oliver & Bonacini continues its domination of Financial District dining with the opening of upscale British gastropub the Rabbit Hole. The restaurant is the realization of a long-time dream for O&B district executive chef John Horne who spent several years working in London, England early in his career. “It was always something I wanted to bring back and do in Toronto,” he says of the country’s elevated gastropub cuisine. 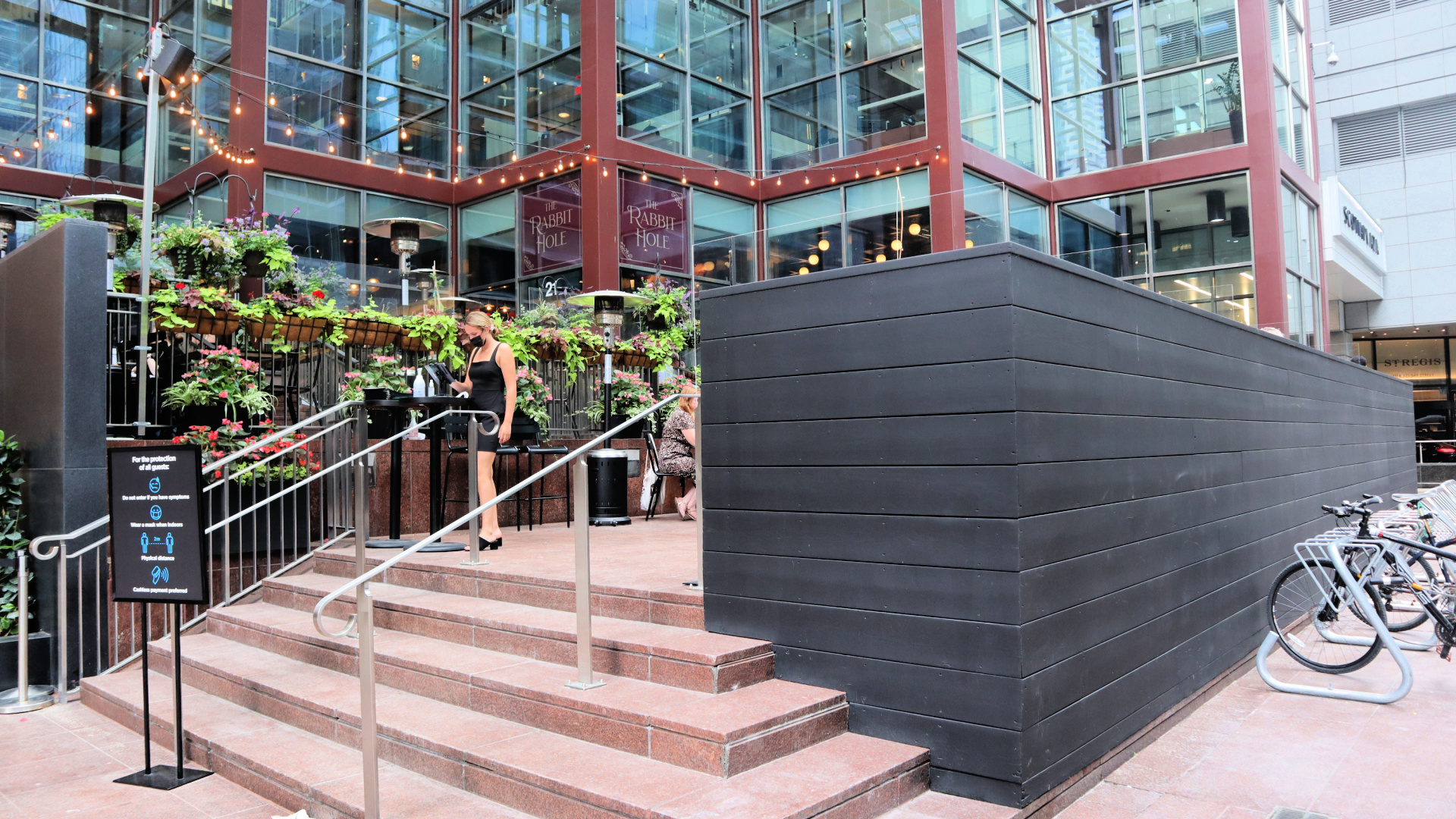 The warmly lit space is cozy yet sophisticated, while the menu is familiar but features enough twists to make the dishes feel pleasantly surprising. Stodgy British dishes are reinvented with rich, nuanced flavours and the traditional pub ambiance is given an extra boost of old-school class.

O&B’s director of restaurant operations Steve Spooner, a Brit himself, says their goal was to create a English gastropub experience that Canadians could appreciate, while also peppering in nostalgic elements and subtle references that UK expats will love discovering.

The menu at the Rabbit Hole banishes stereotypes about bland British fare with its locally sourced ingredients, big flavours and imaginative spins on classic pub cuisine. 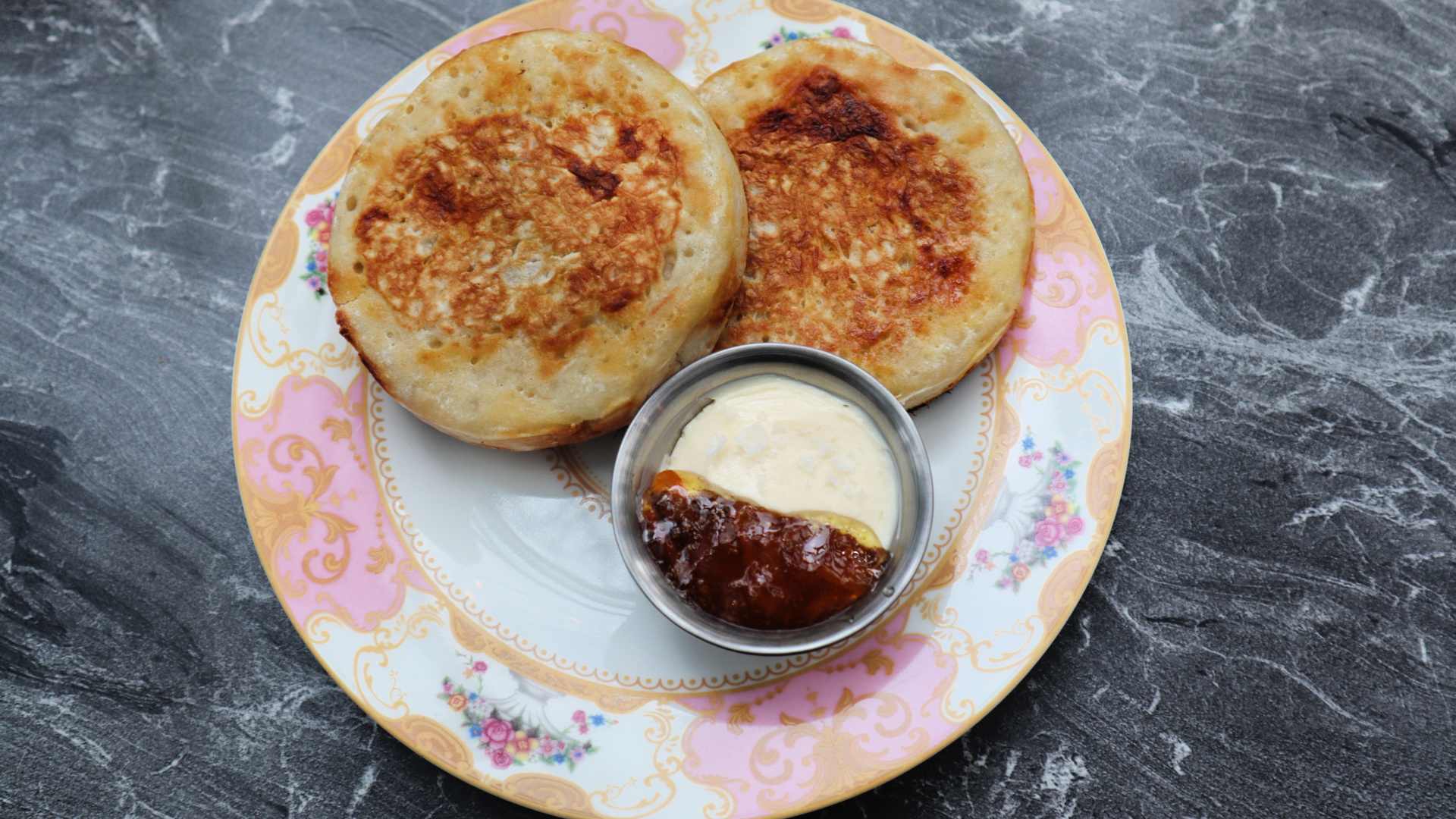 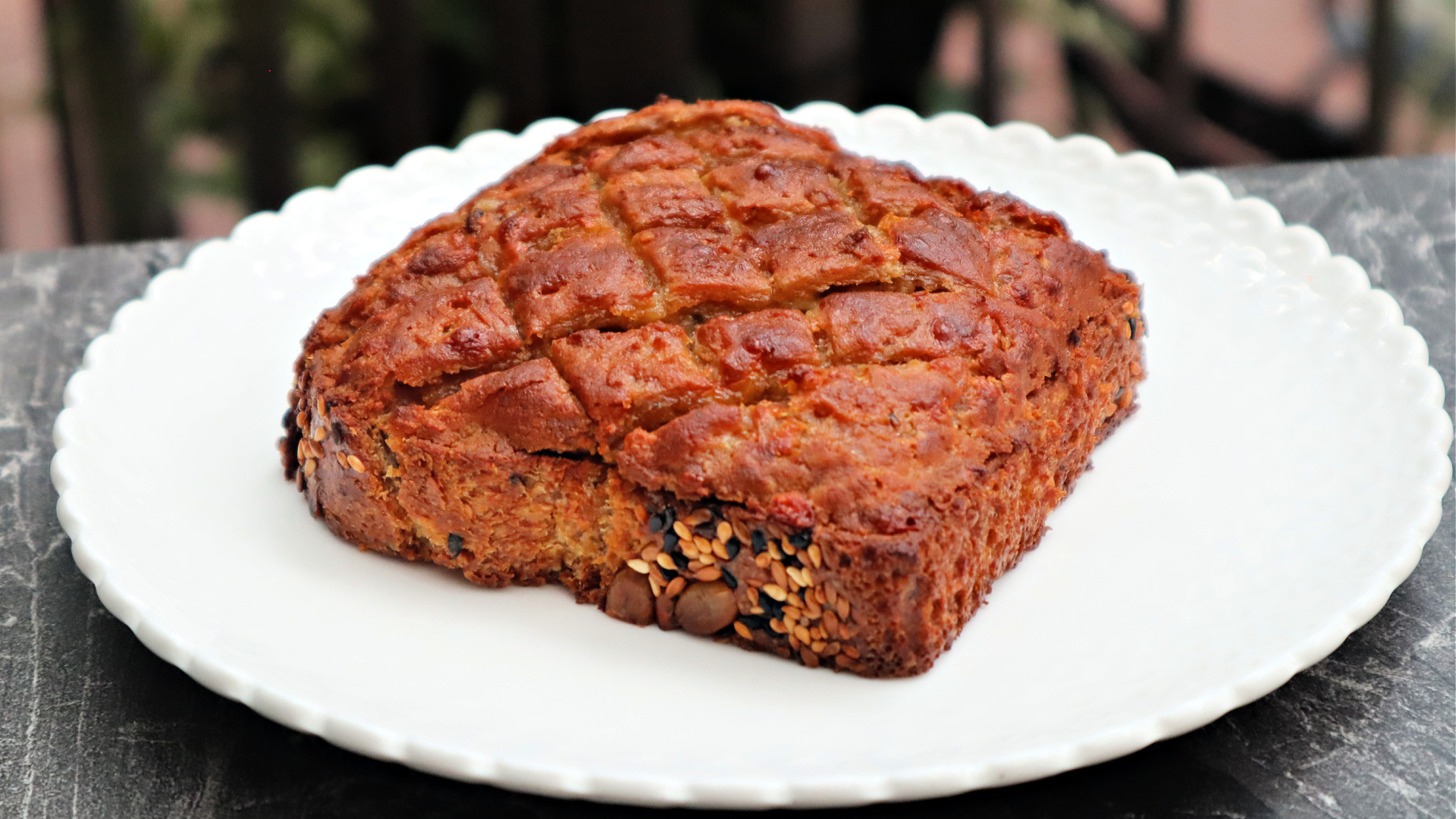 Made with Brodflour toast and filled with cheese, the Welsh Rarebit is like a grown-up version of a grilled cheese sandwich but, rather than ketchup, Worcestershire sauce is the essential accompanying condiment here. 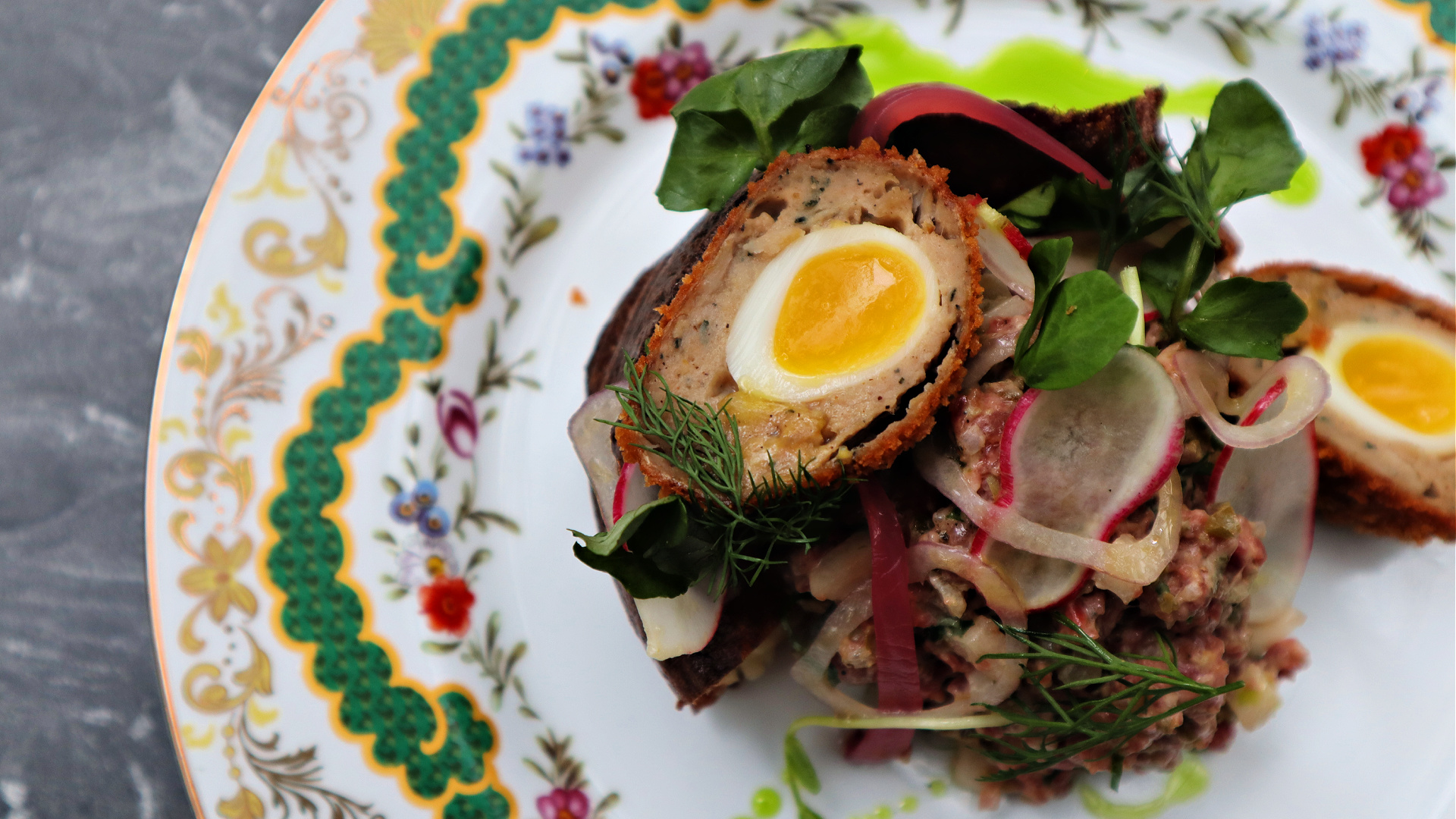 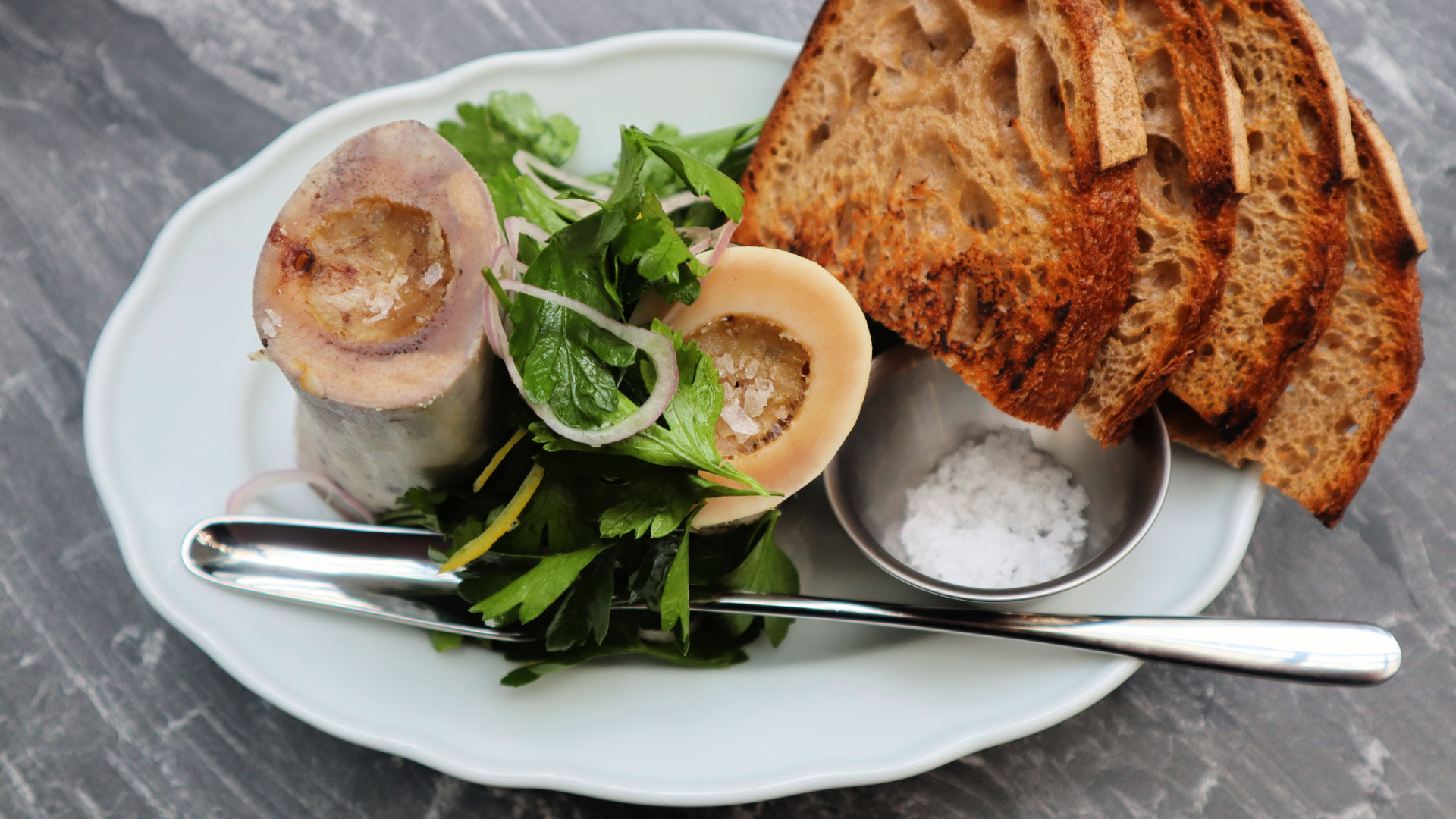 The Fergus’ Roast Bone Marrow is a nod to Horne’s years living in London. The dish made regular appearances on the menu at acclaimed restaurant St. John, where Horne frequently dined after work. “I have fond memories of St. John and I wanted that represented here,” he says. The dish is finished with Newfoundland salt and served with fried bread. 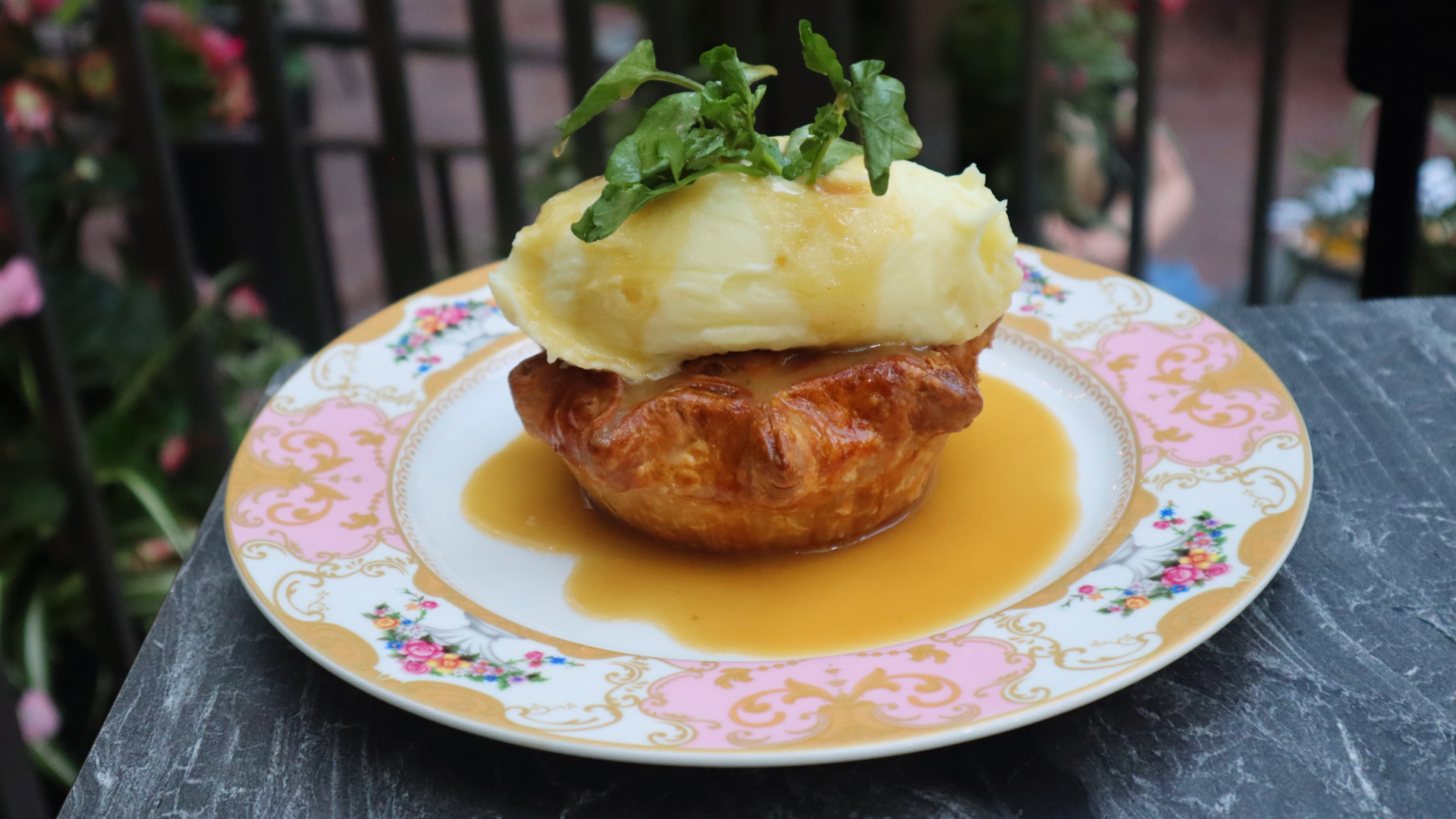 Slow-braised steak and mushroom create a rich, almost sticky centre to a savoury pie dough shell in the Steak & Mushroom Pie. The pie is topped with ale gravy and creamy, buttermilk mashed potato. 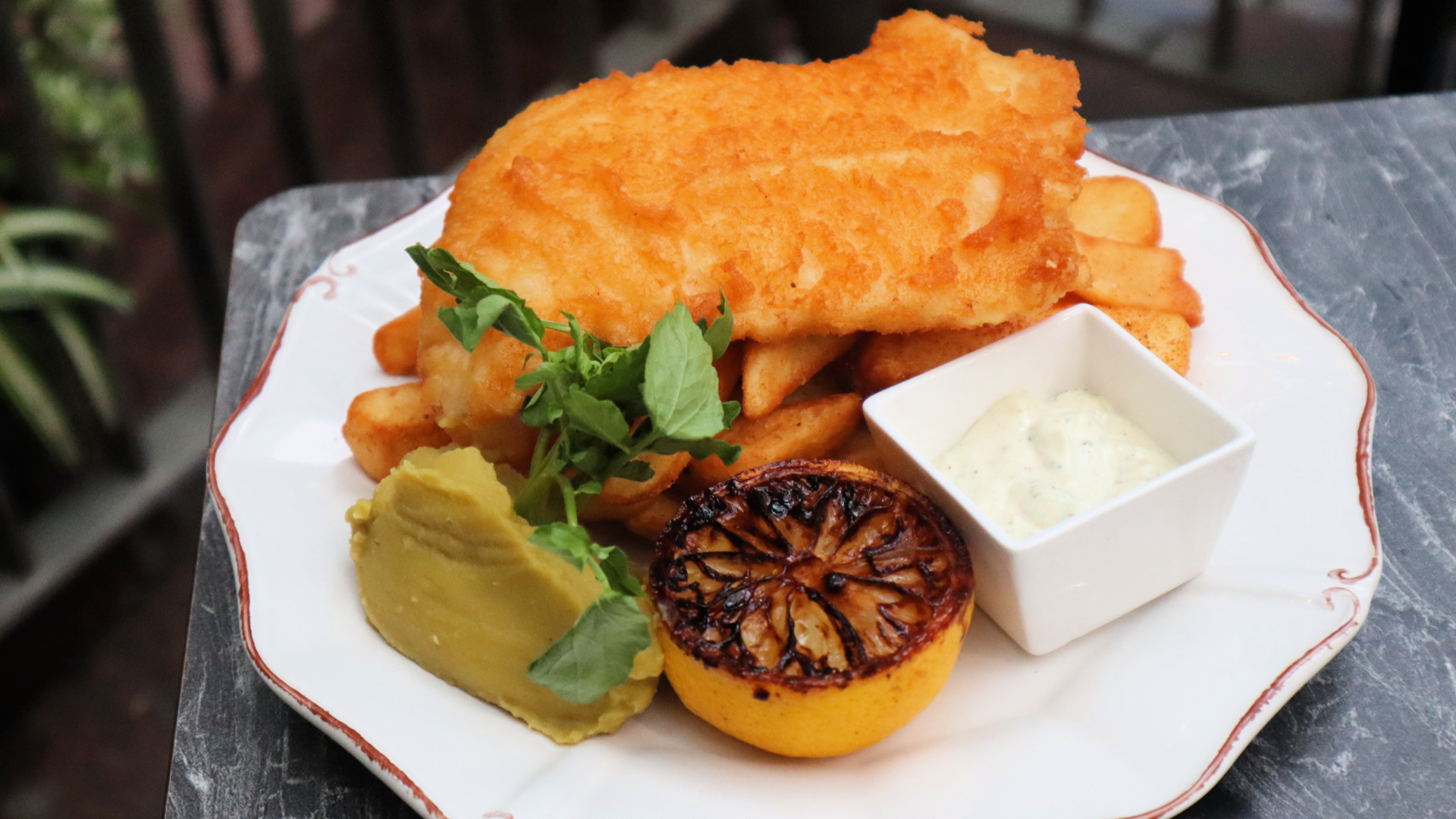 Petracca chose halibut for the restaurant’s take on the pub staple fish and chips. “It's meaty and has a nice flavour and it pairs well with the light and crispy battered fish,” she says. The halibut is battered with Steam Whistle beer and served with chunky fries tossed in Old Bay spice, as well as charred lemon, mushy peas and tartar sauce. 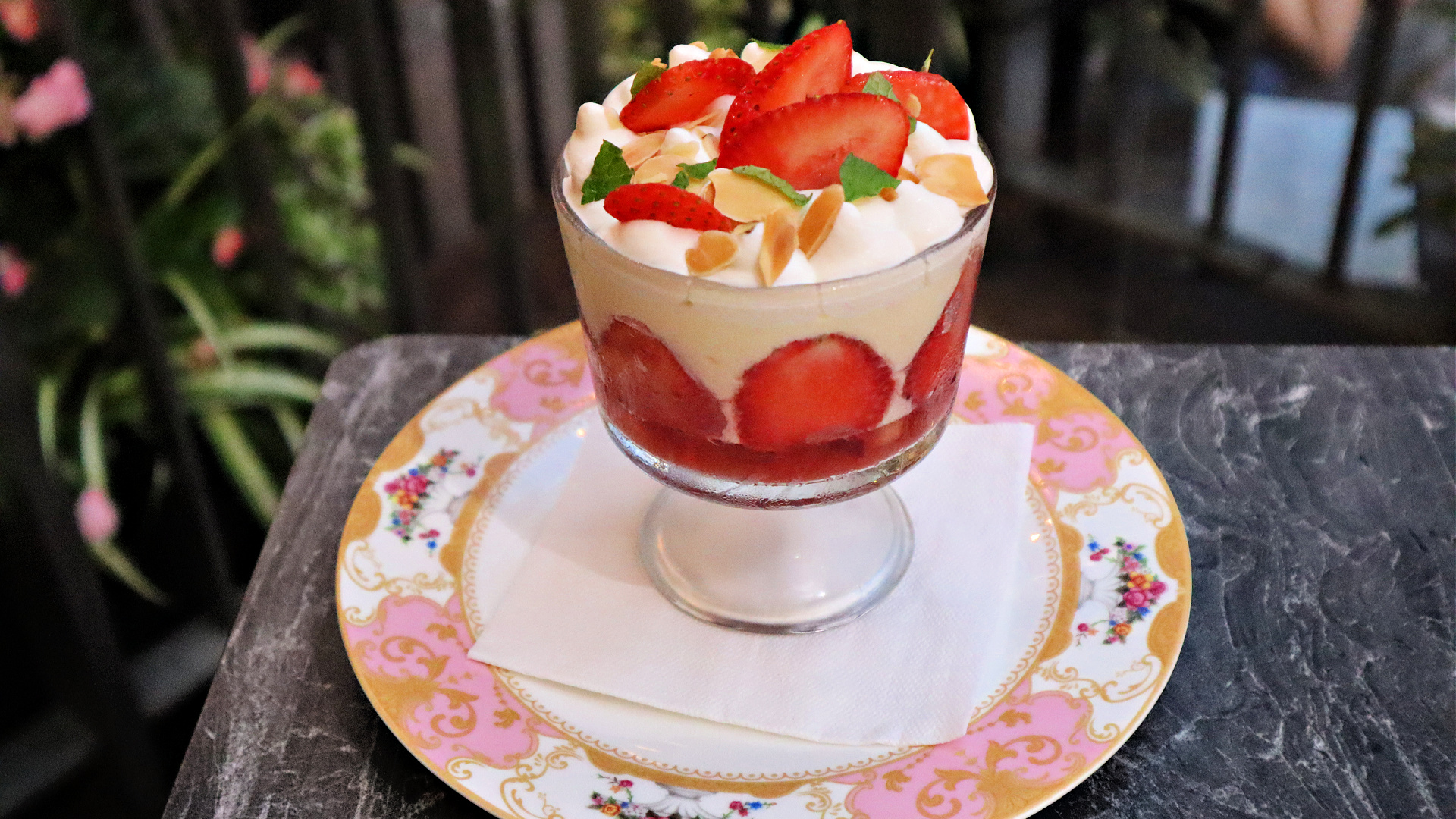 The Strawberry Trifle is Petracca’s favourite dessert on the menu (although if you think you’ll be the first customer to make a joke about the trifle-Shepherd's Pie disaster from Friends, you’d be wrong). It’s subtly sweet and fruity, featuring ladyfingers, jam, custard and whipped cream topped with toasted almonds and mint.

The impressive cocktail menu continues the theme of updating traditional recipes and incorporating plenty of quirky British references. Classic cocktails are organized based on their flavour profiles, such as “Stirred & Strong” or “Zippy and Zesty,” making the menu easy to navigate. 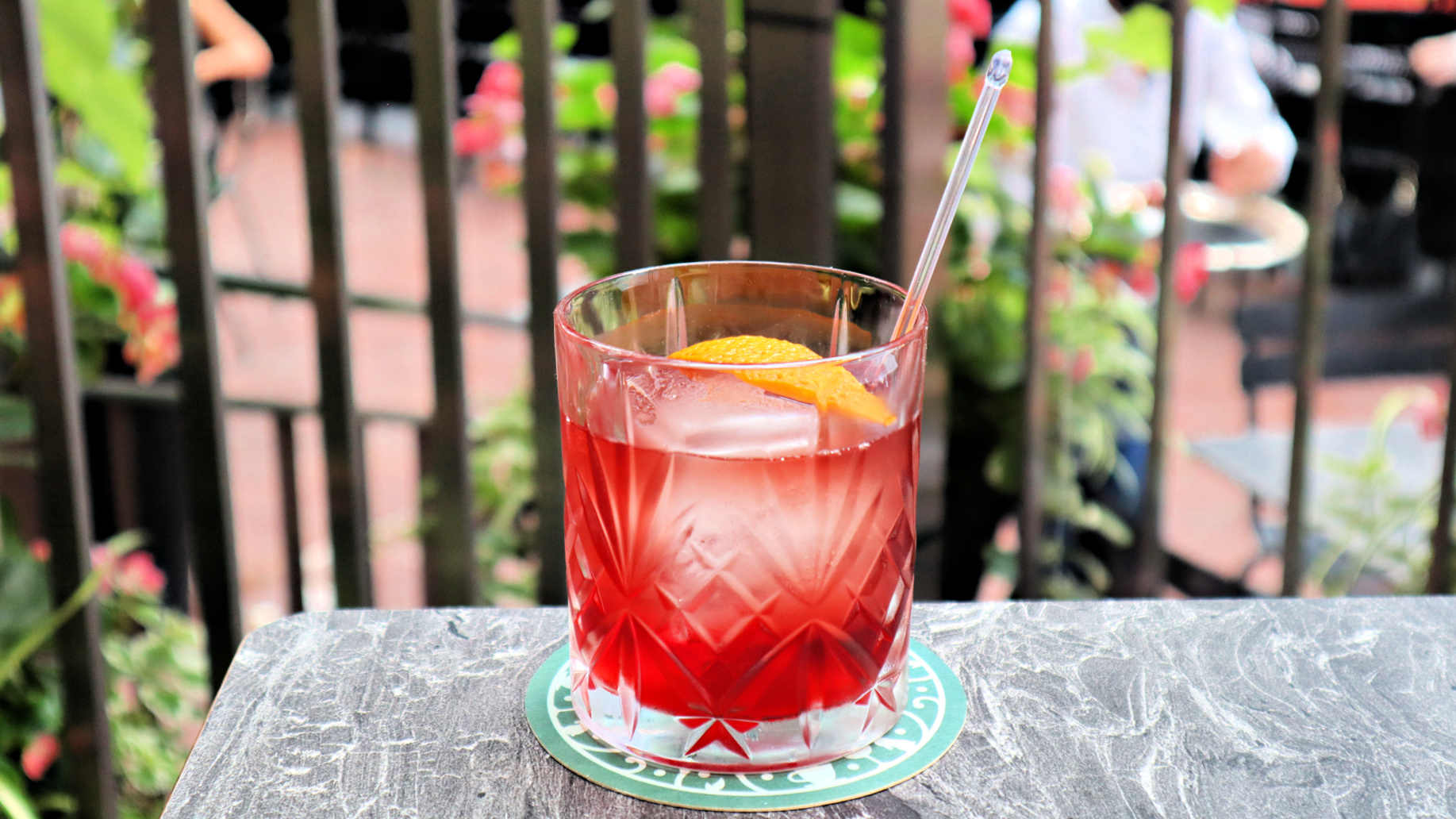 The warmly-spiced and spirit-forward Ace of Spades is a mix of St-Rémy brandy, amaro montenegro, blackberry, raisin, cardamom and burnt citrus bitters. 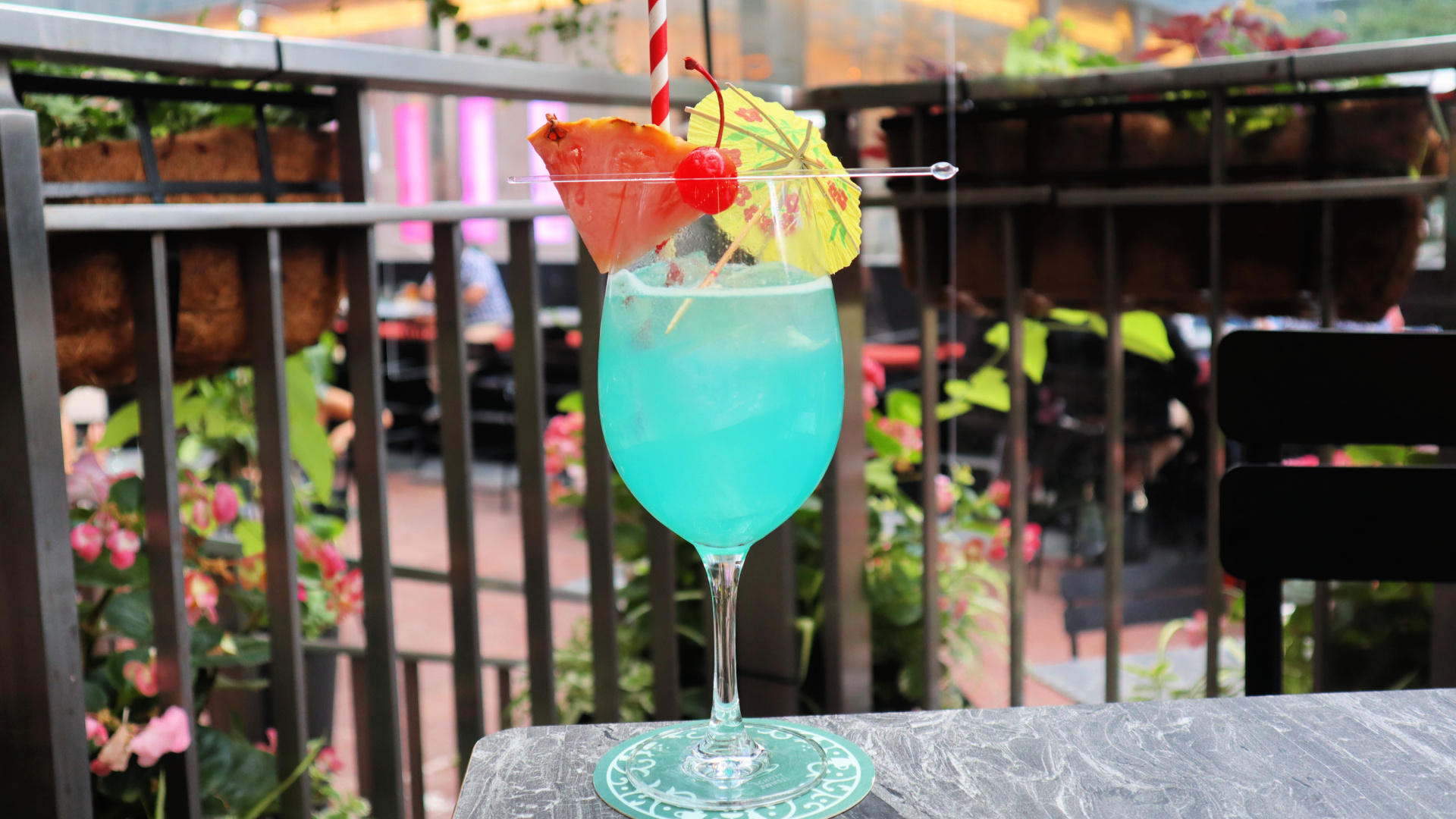 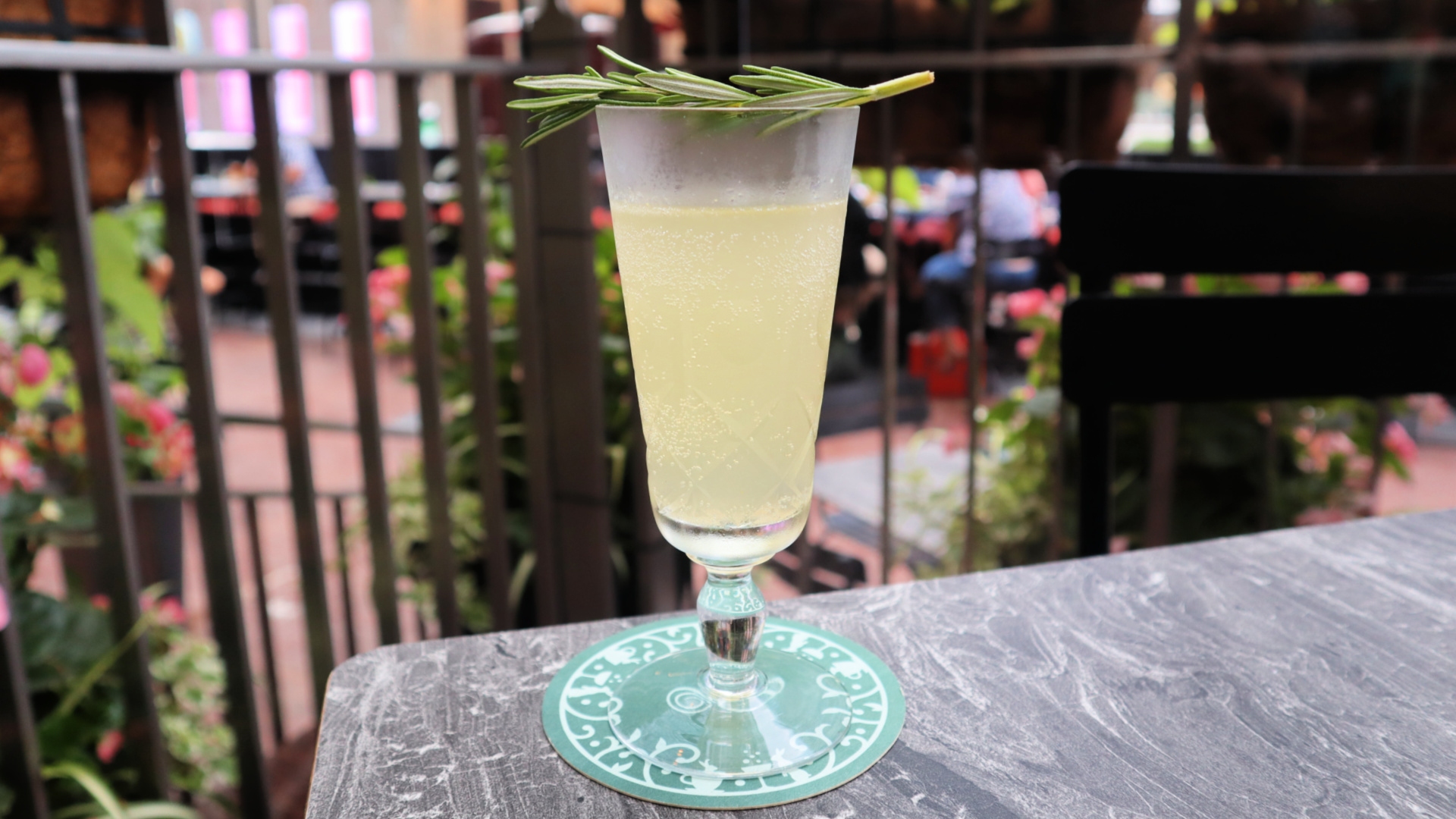 The Mrs. Tiggly-Winkle, which is named after a Beatrix Potter character, is a delicately sweet concoction featuring Dillon’s Selby pineapple honey gin (part of a spirit series made by Dillon’s distillery for the Rabbit Hole’s sister restaurant Maison Selby), montelliana spumante and passion fruit and garnished with a sprig of rosemary. 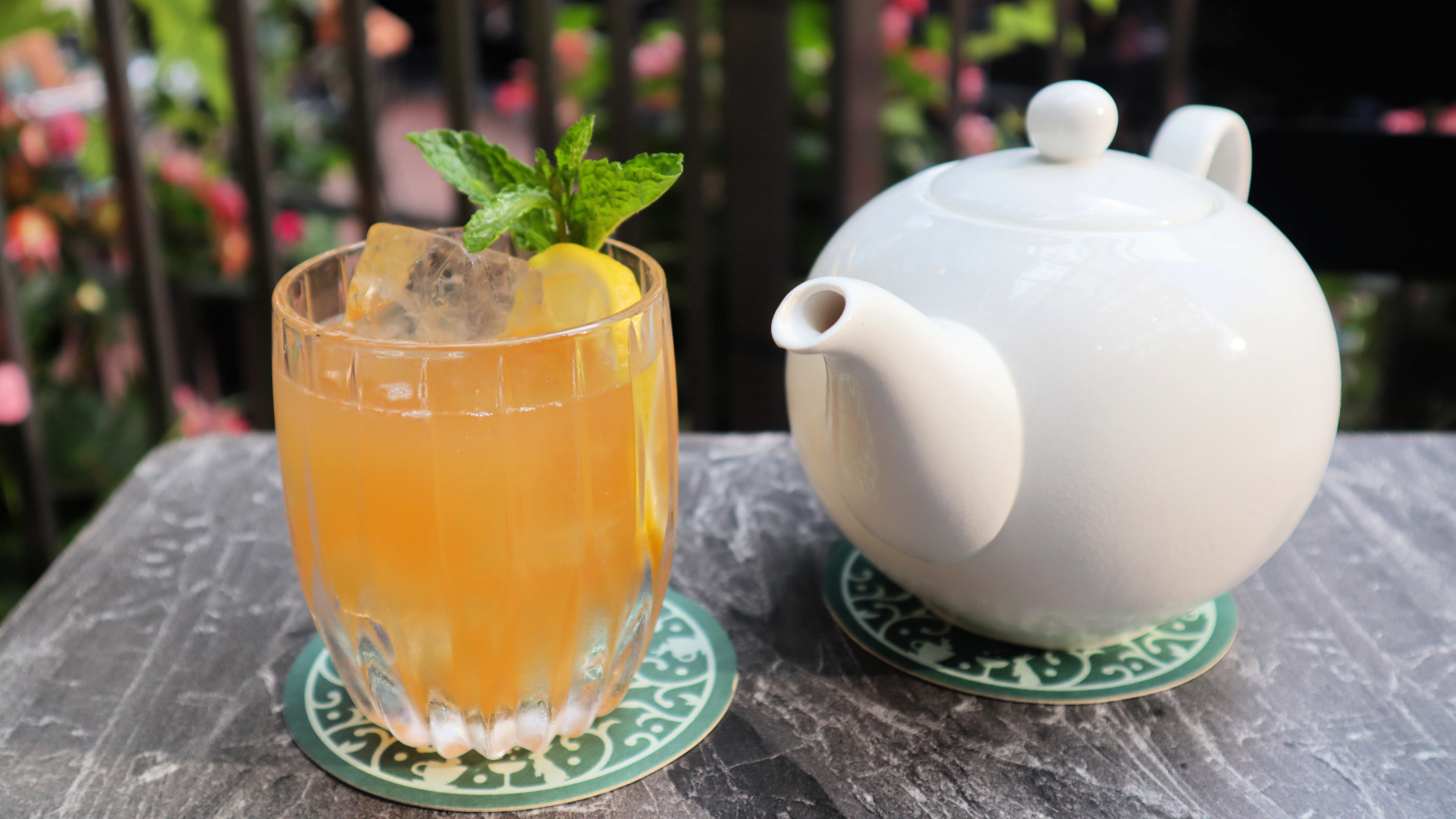 Aside from cocktails, the drink menu also offers a brief list of old and new world wines by the glass, plus a selection of beers and ciders with an emphasis on local brews.

Horne says the initial inspiration for the Rabbit Hole’s name came from the space itself, which features lots of interesting nooks and crannies and unusually shaped layouts. It’s also an homage to the beloved 19th-century British book Alice in Wonderland, which serves as the main influence for the restaurant’s whimsical, timeless aesthetic. 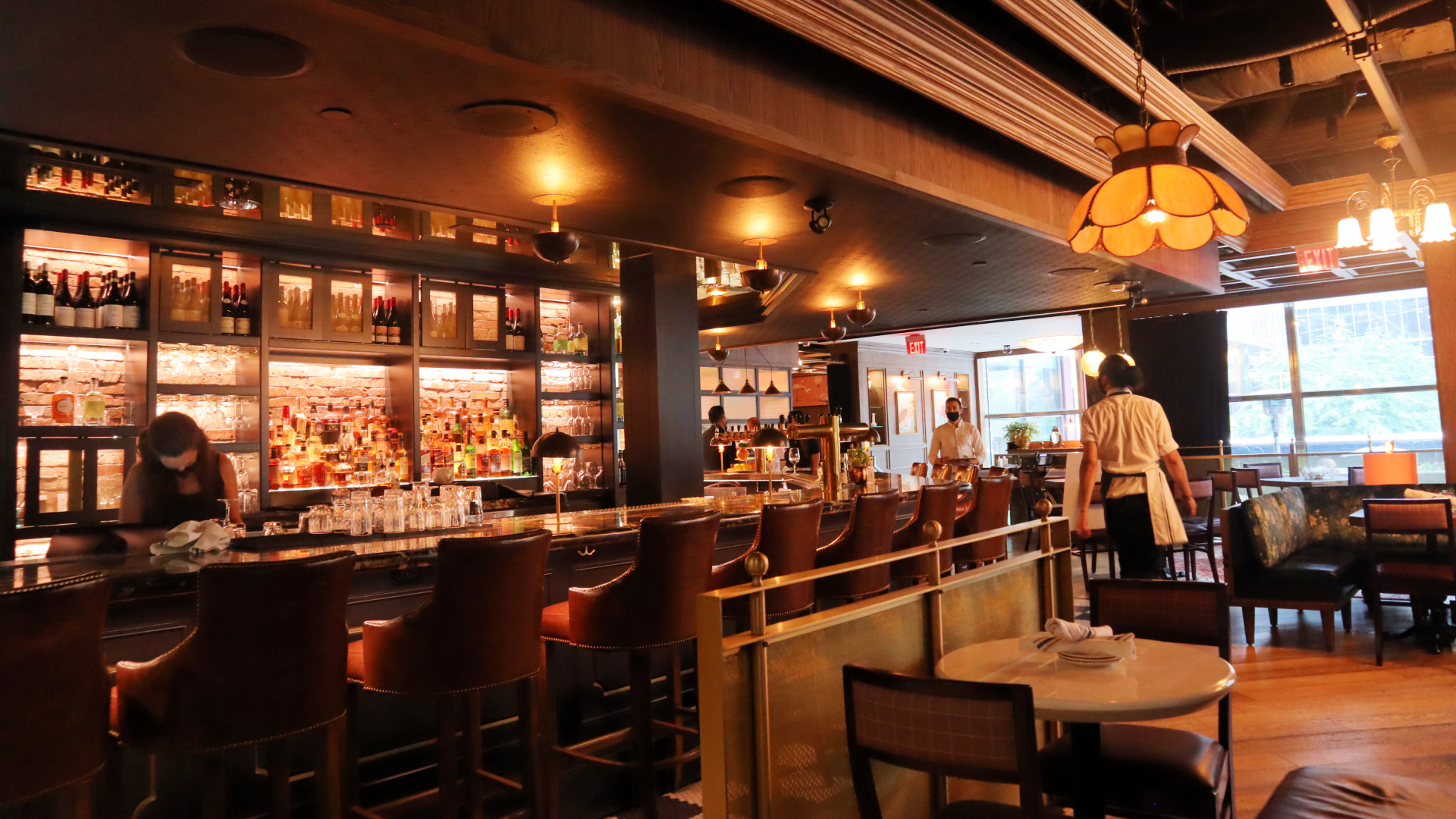 O&B worked with Solid Design Creative, the same firm behind sister restaurant Maison Selby, for the Rabbit Hole’s design. Decorated with dark wood furniture, exposed brick and Tiffany lamps, the handsome restaurant checks all the boxes you would expect from a posh British pub. In true Alice in Wonderland style, however, the space is also filled with playful elements, from a wall of mismatched clocks to a table lamp base that’s designed to look like a hiding rabbit. The longer you look around the room, the more thoughtful little details you’ll discover. 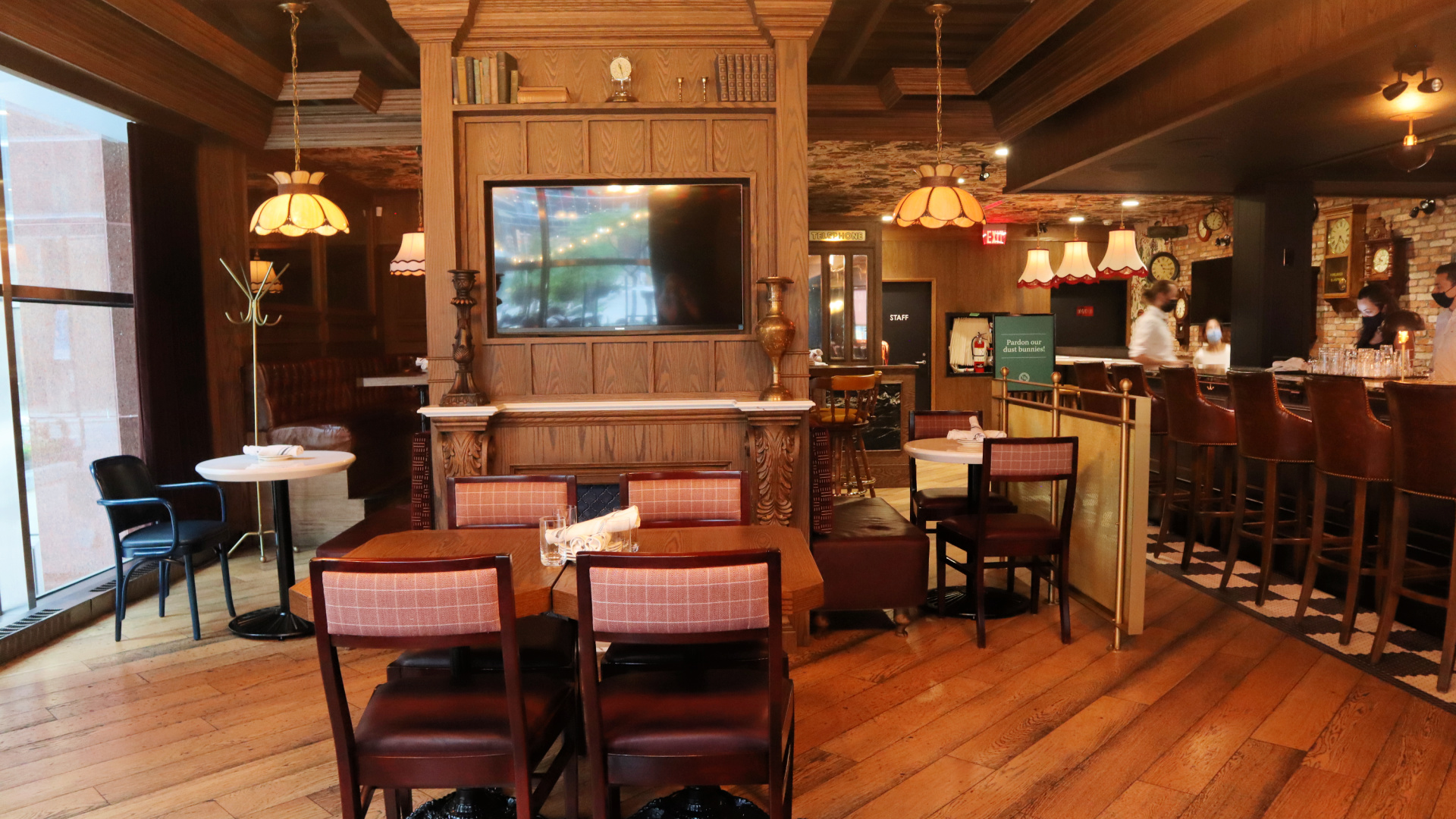 TVs are mounted on either side of a faux central fireplace, although Spooner says they’ll only be turned on to showcase the biggest UK matches. “It’s very much like an English boozer in London,” he says. “Lots of people chatting, talking, passing drinks. Music on. Just a very convivial atmosphere.” 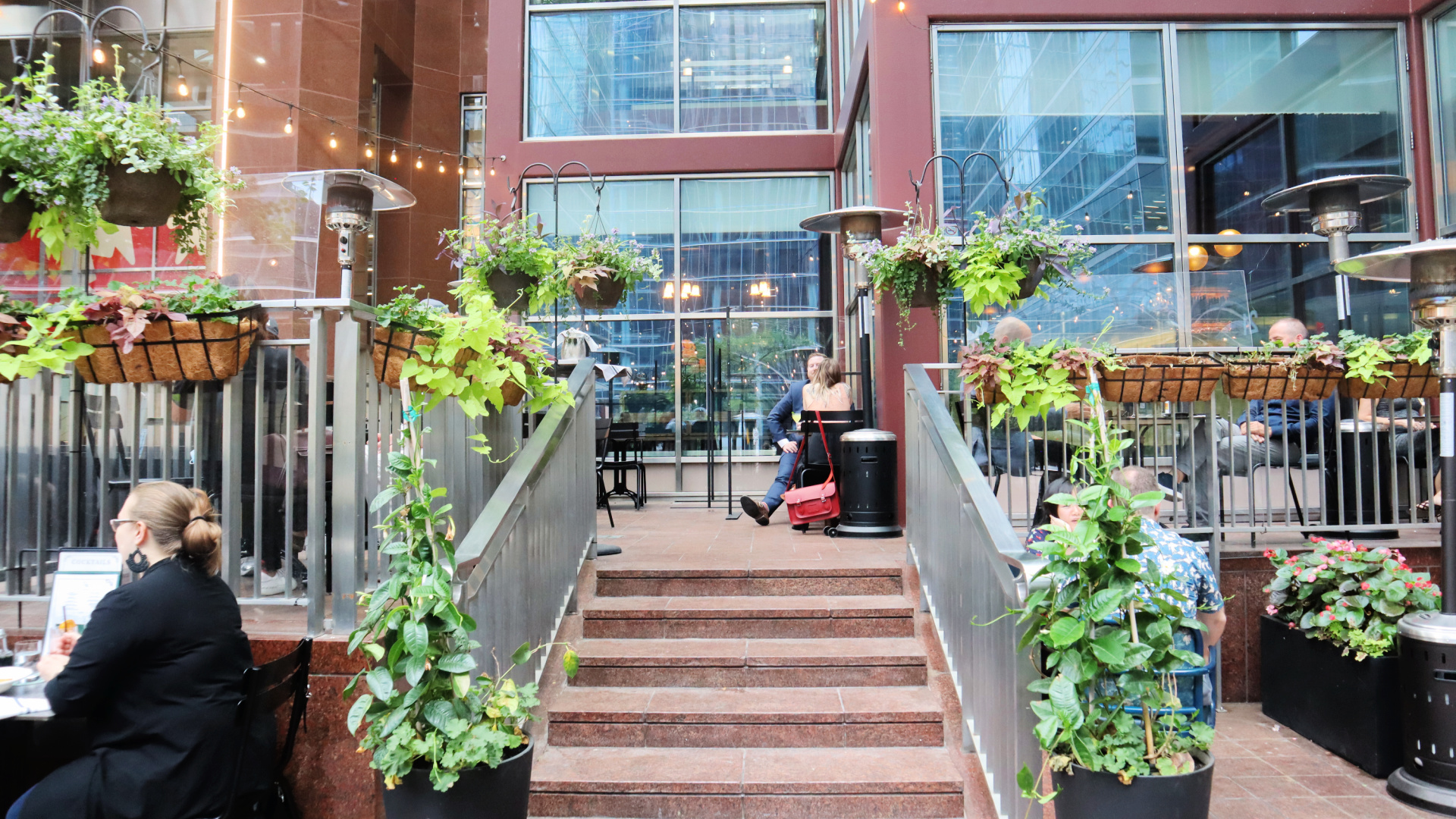 There’s a private dining room near the front entrance that can seat 30, as well as ample seating on a leafy, two-tier patio.

“Honestly, the pandemic, I think it gave us a little more time to really think about the concept and dive into it,” says Horne. “It helped us design this menu and to come out of the gate firing on all cylinders.”