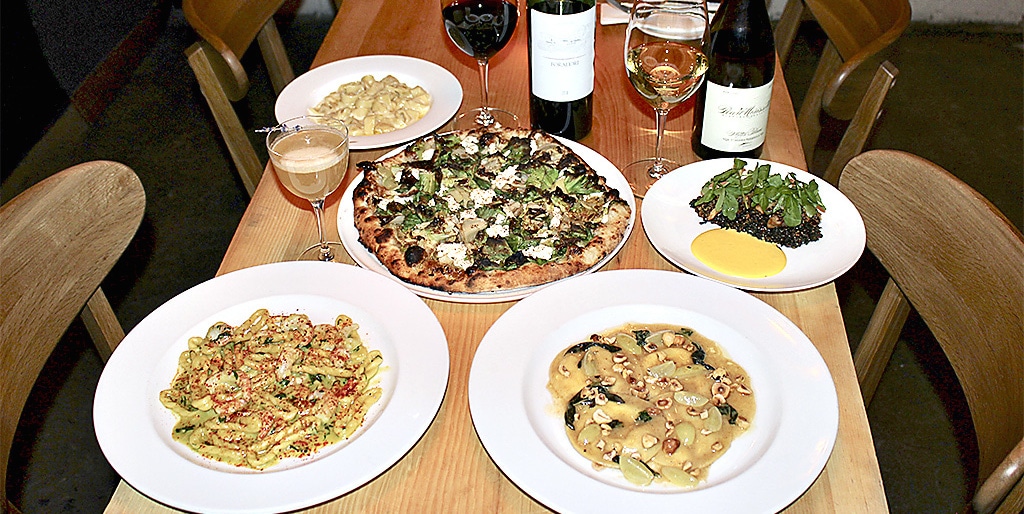 Ten years ago, Woodlot opened its doors on Palmerston Avenue and became one of Toronto’s most beloved spots for upscale Canadian dining. The heart and hearth of this gem was a hand laid wood-fired oven, where their popular bread program of sourdough and focaccia first began.

In thinking about what the next decade might have in store, the close-knit team decided to re-evaluate the concept. In January 2020, Woodlot reopened their doors with a new culinary team, impressive new recipes, and a new wood-fired oven. 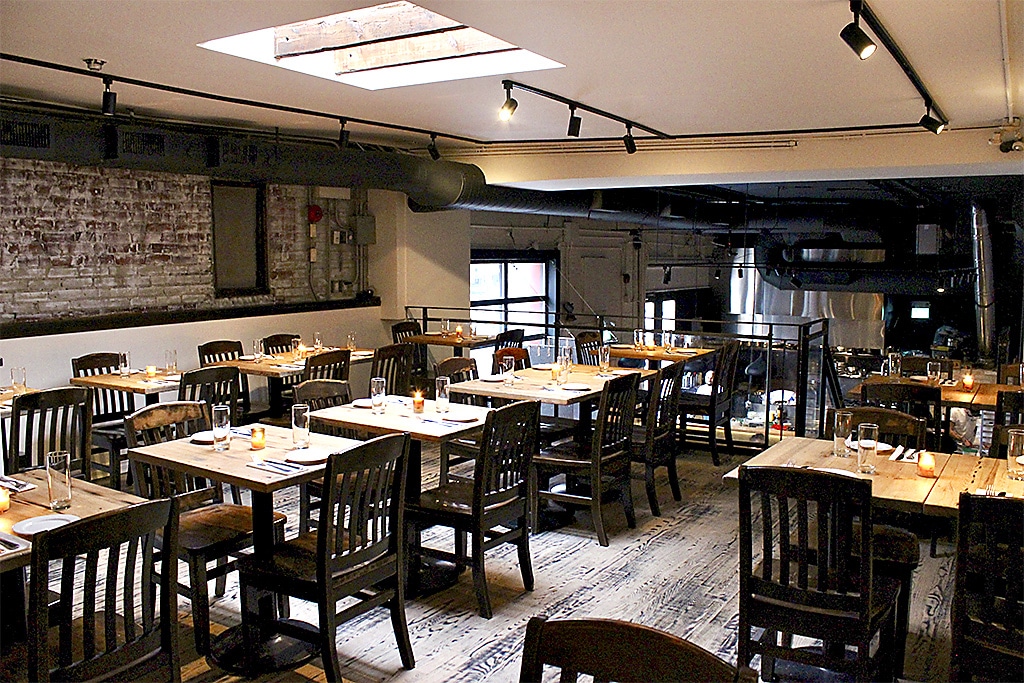 “After 10 years, our hardworking oven was a little tired,” partner and general manager Edward Terry says fondly. “It was a great time to pause and think about our concept as a whole, and our chef (David Haman) wanted to move on to the next stage, which he was really excited about.”

The focus of the new Woodlot is Italian-Canadian food, and they’ve made specific choices to make the new space more than a just a special occasion destination.

“We have rich legacy of being here 10 years and in this city that’s astonishingly lucky,” says Terry. “We want as many people as possible to be able to come in and experience what we’ve been refining for a decade. Our motto has always been ‘Honest. Simple. Handmade.’ With that mentality, we like to leave pretense at the door, and offer a positive space where people will feel welcome and nourished.” 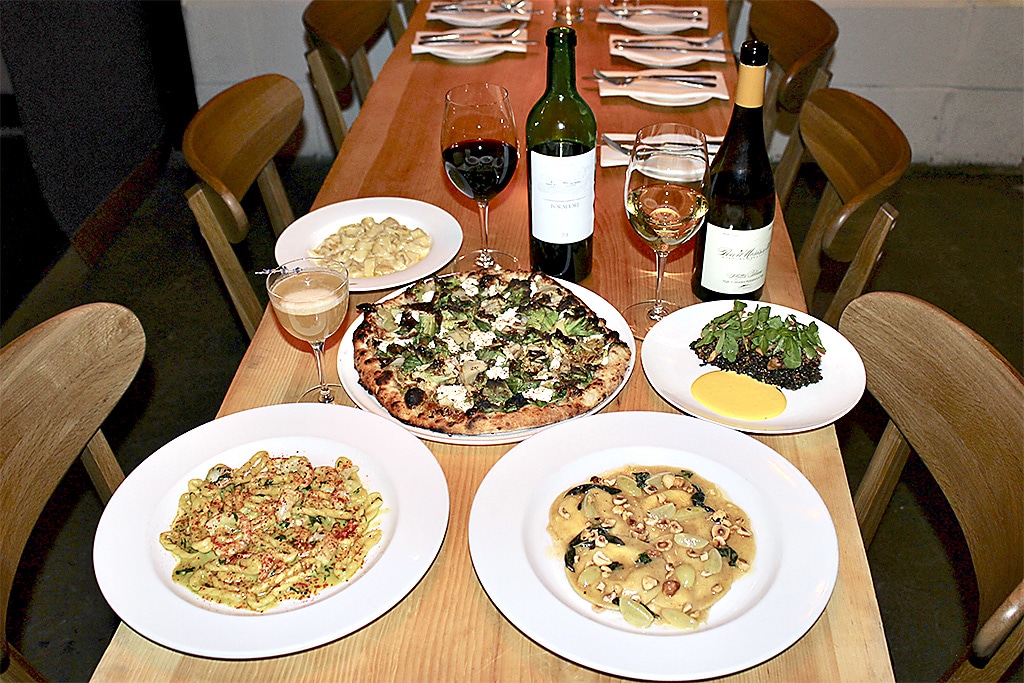 “I don’t think Dave expected me to give him a direct yes at that very moment,” recounts Morra. “But I’ve always wanted to do progressive Canadian and Italian food. Woodlot has always meant a lot to me, too. I took my wife here for our first date and every anniversary, and the day we got back from our honeymoon, I’d taken over this kitchen.”

Morra handpicks much of the product himself, and sources everything he can from Canadian farmers and producers. In keeping with Woodlot’s well-known love affair with mushrooms, the new roasted oyster mushrooms dish ($15) is a triumph, where roasted oyster mushrooms coated with breadcrumbs, grainy mustard, and Ontario honey are draped over a roasted kale and beluga lentil salad. 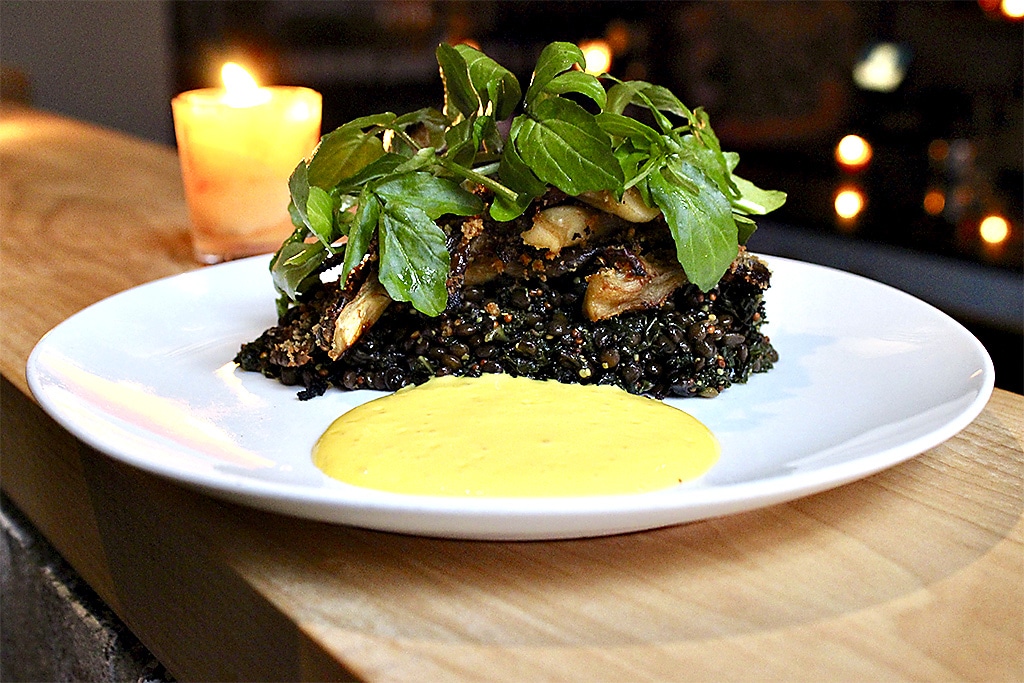 One of Morra’s focal points for the menu is a diverse group of impeccable pastas, and the ravioli doppio ($23) is served with taleggio cheese celeriac, roasted hazelnuts, tart grapes, brown butter, and herbs. 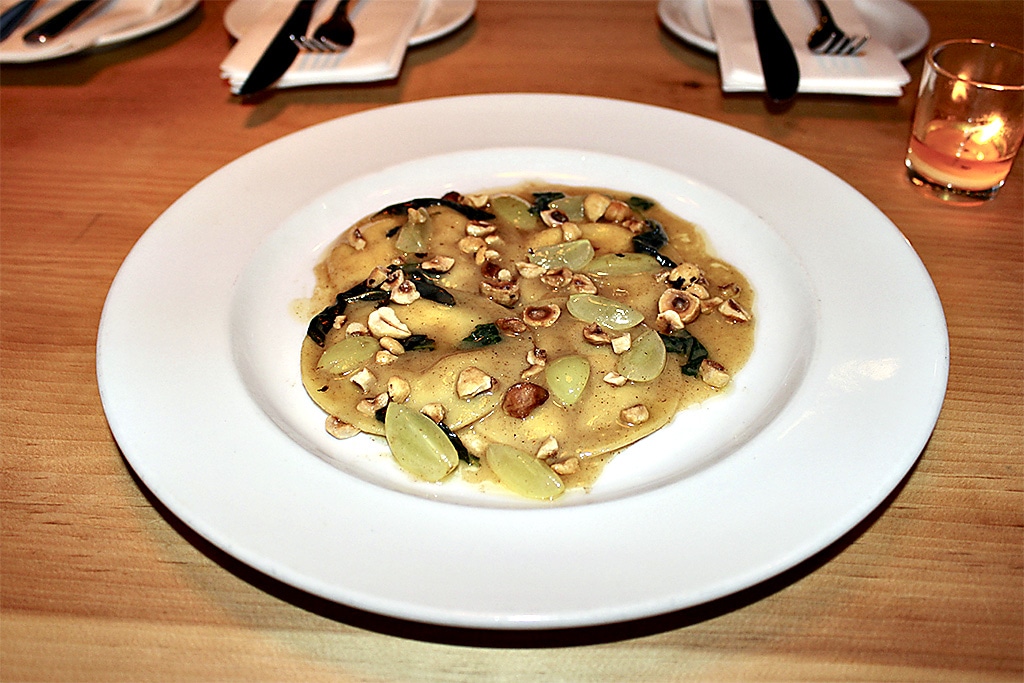 The tortellini ($25) hosts Italian mortadella, ricotta, parmigiano, and a cream sauce sourced from Sheldon Creek Dairy in Ontario. The dish is finished off with Sicilian olive oil and packs an impressive amount of flavour. 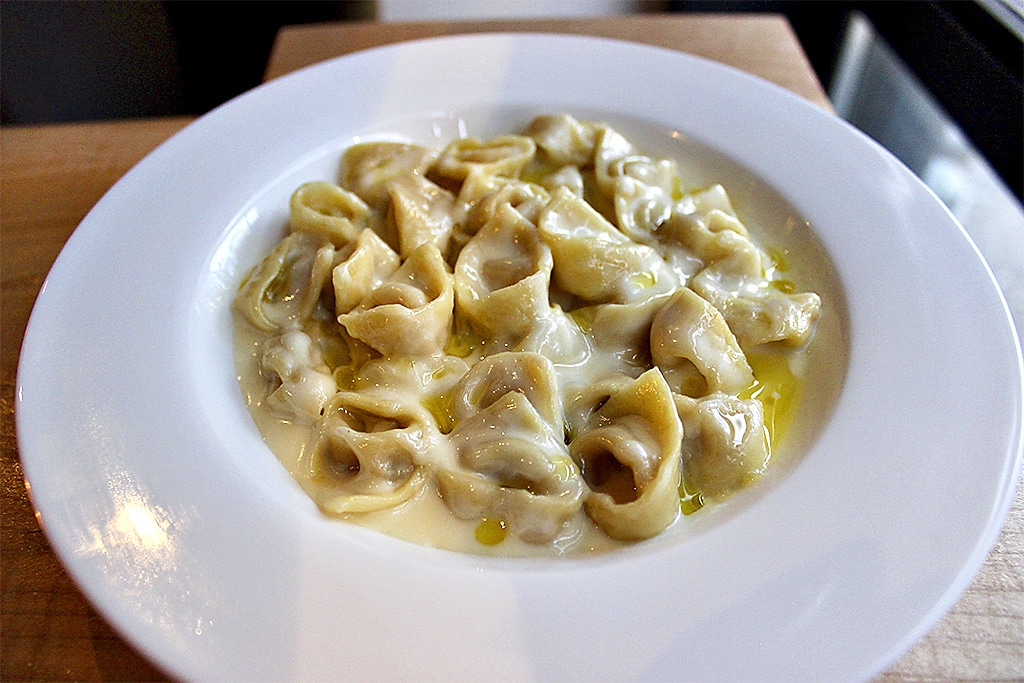 The lorighittas ($27) feature beautifully braided pasta rope with BC side striped shrimp in a manilla clam butter with preserved lemon and espelette pepper. 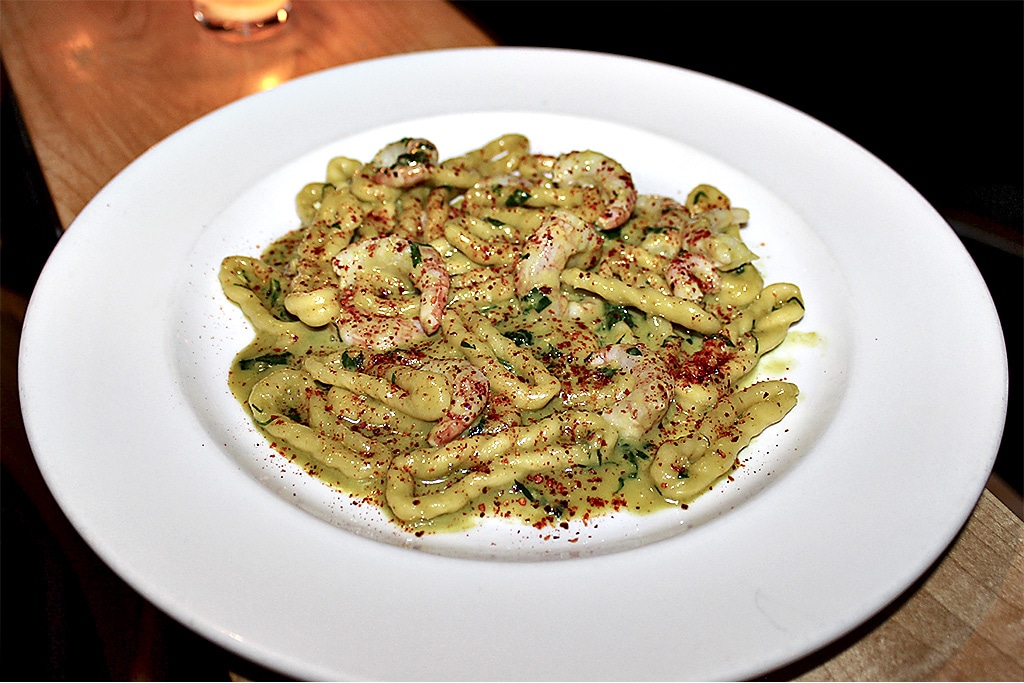 A variety of pizzas on Woodlot’s signature sourdough bread come out of the wood-fired oven every day, including the popular escarole pizza ($16) with ricotta, capers, Ontario honey, garlic, and black pepper.

The lavender whiskey sour ($14) is light and addicting, with Evan William’s bourbon, lavender syrup made in house, and lemon. 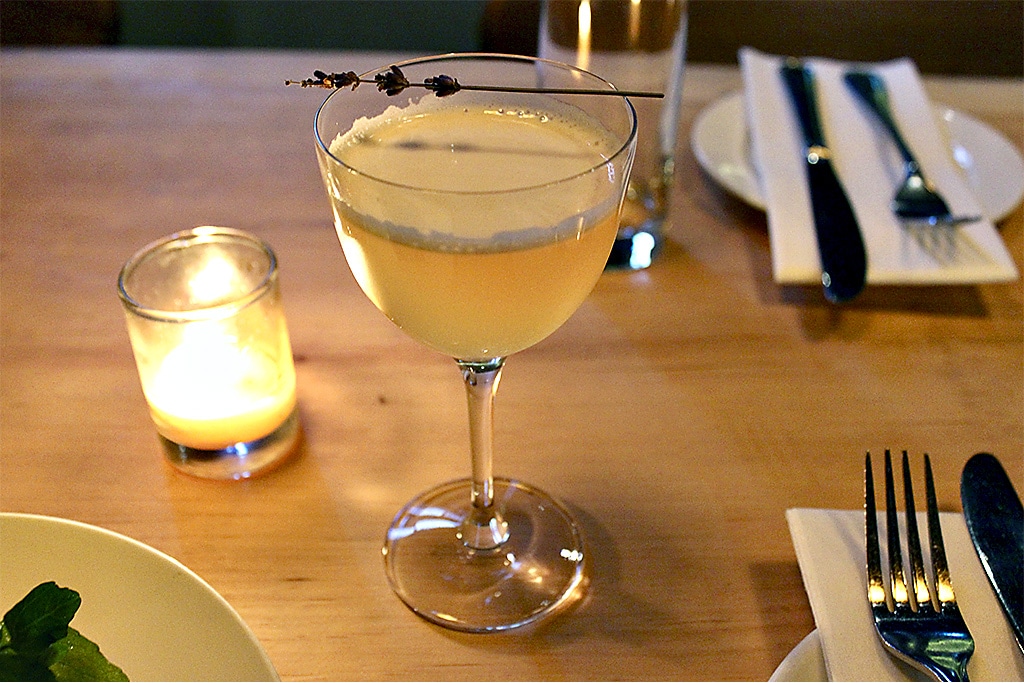 No visit to Woodlot is complete without a glass or two of wine, and the team is continuing to feature vintners they’re passionate about. 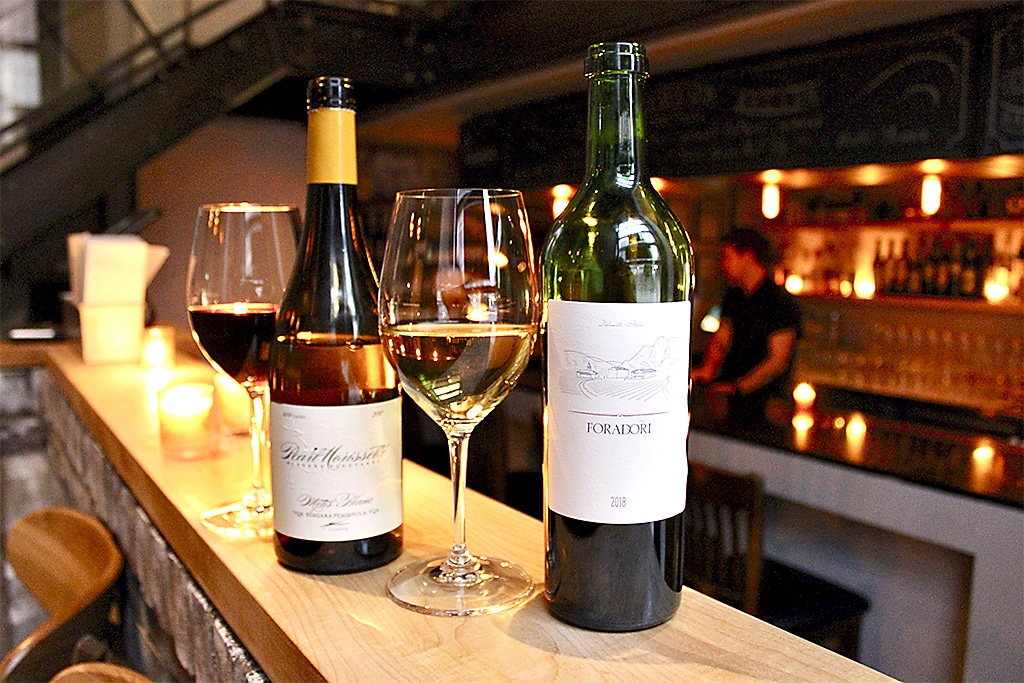 The Pearl Morissette Cuvée Metis (2017) Niagra chardonnay ($78/bottle) pairs beautifully with the meat-forward dishes, and the Foradori Teroldego (2018) Alto Adige Italy ($85/bottle) is a perfect red to pair with a pizza.

While Woodlot is small, it's not crowded, and the upstairs loft seats between 30-35. The main floor hosts the harvest table which seats up to 10, and patrons there have a front-row seat to the kitchen and wood-fired oven. 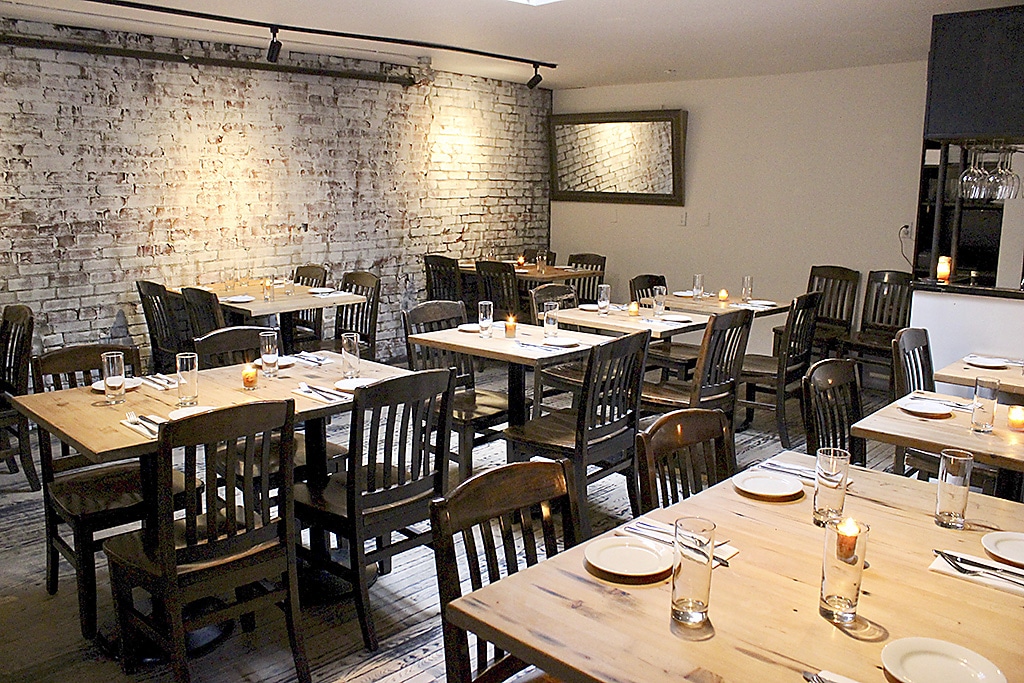 The brick walls and few decorative accents make the space feel cosy and romantic, but the lighting and general atmosphere is brighter than in the past. In the summer, the front patio nearly doubles the capacity, which will make it easier to snag a table at the last minute.

“We’ve had a lot of guests share many magical moments with us over the years,” says Terry. “That commitment to providing something truly special is not going anywhere. We’re a small, passionate team, and we’re so excited for the next 10 years ahead of us.”