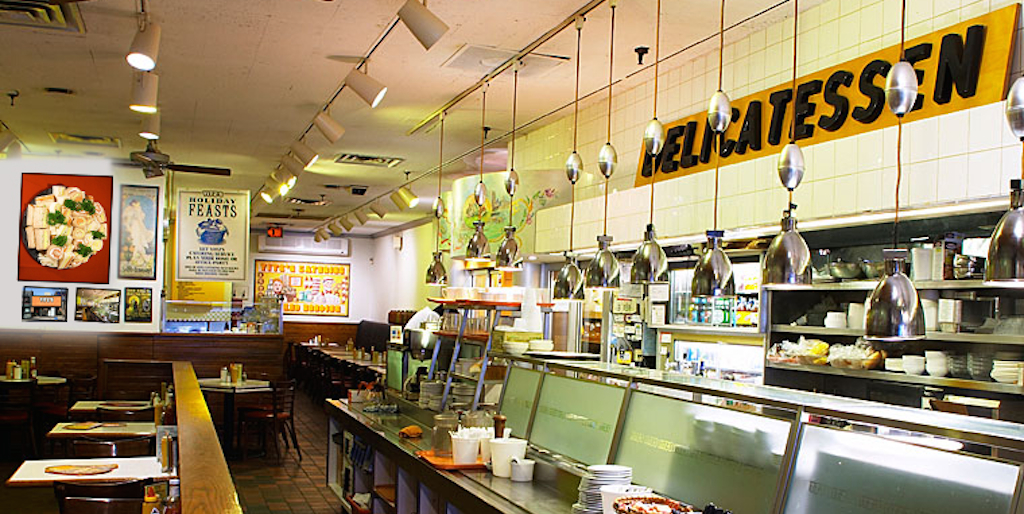 Yitz's Deli is a Toronto institution. The classic Jewish deli is one of the oldest in the city and has been serving up some Semitic comfort food since 1973. The flashing lights and giant orange sign will catch your eye as you pass Yitz's Deli at the corner of Avenue Road and Eglinton Avenue. Once you arrive inside, you'll enter the bakery where Yitz's sells packaged baked goods and pre-made meals that are fresh every day. You can also purchase a number of deli items over the counter, such as fresh latkes, blintzes or even some lox. As you filter through toward the back of the bakery, the restaurant opens up. Just as you would imagine any 46-year-old deli to look, this one is outfitted with casual and cosy tables and booths that have been there since its opening. The menu is chock full of everything you might find at your bubby's house, such as matzo ball soup, cabbage borscht, kasha and, of course, some gefilte fish.