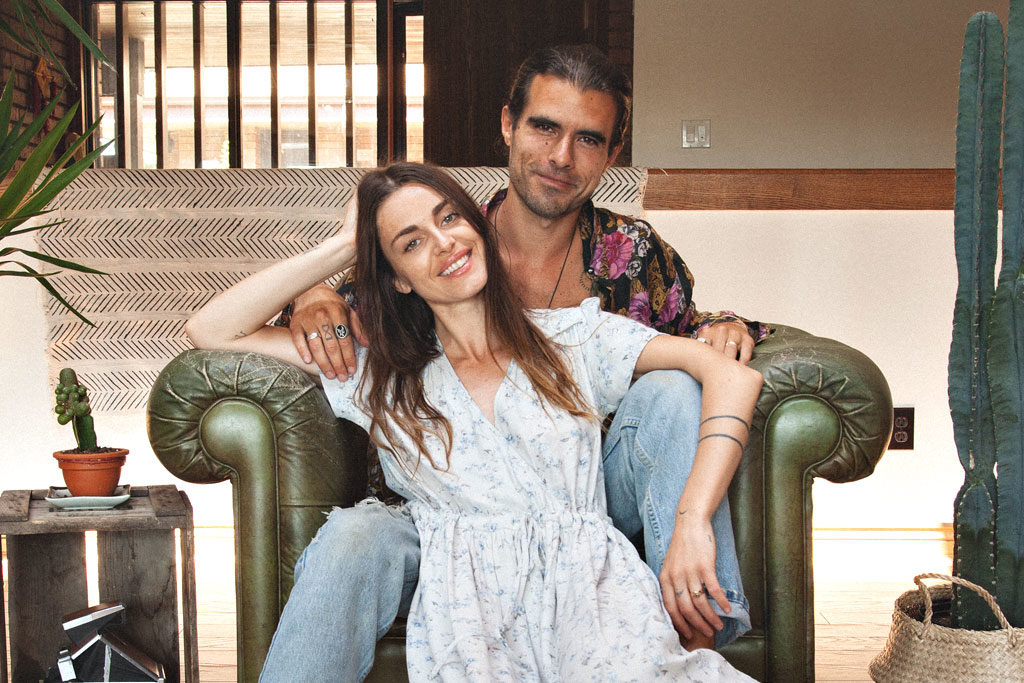 West Coast transplants Reuben Bullock (of the band Reuben and the Dark) and Kaelen Ohm have been calling T.O. home for a few years now. The pair, who went from best friends to bandmates to partners, are looking forward to Field Trip festival where the band will perform on June 2. Although they have always shared a strong passion for music, Ohm won’t be joining them onstage. She is focusing on her film career as an actor, director, producer and editor. She’s also been the genius behind the lens of some of the band’s music videos. Here, they give us the scoop on their offstage love story.

How they met
Reuben: I was playing a show at Weeds Cafe in Calgary in 2009. Kaelen’s band was opening for us, and I was smitten.
Kaelen: It was my first show with my first band, and I was so nervous that I don’t remember meeting him at all.

The first date
Kaelen: Three and a half years later, after a friendship had grown between us, I needed a ride from a Nelly concert at the Calgary Stampede because I accidentally got very intoxicated. Three things that are pretty out of character for me — rap concerts, the Stampede and getting drunk.
Reuben: I picked her up on my motorbike and we had a campfire. I think we spent the next week together completely inseparable, and she moved in to my basement suite with me a month later.

The courtship
Reuben: I was courting her for a long time. We had a breakfast date during the winter one year, and I got in a car accident on the way. I rear-ended a car en route to the diner but still made it in time.
Kaelen: I was strangely oblivious to him courting me for almost three years. The summer of 2013 was magical. We drove through B.C. and swam in every lake we could find, jumped off bridges and explored antique stores.

The proposal
Reuben: I proposed after four months of dating. I had met with a ring maker she liked while on tour in New York. I had meant to propose the next day on a beach I had found a couple of years earlier, but I jumped the gun. It felt like the right time and I’m also the worst at keeping secrets.
Kaelen: We went to Sayulita, Mexico, together. We were walking home one night on the beach and he proposed. We cried and took some photos.

The wedding
Kaelen: We got married in Calgary at the Hart House, a heritage home that at one point belonged to the wrestling family [Owen and Brett Hart]. Our friend was living in it at the time, and we were so lucky to spend a week there and celebrate with family and friends.
Reuben: Kaelen was still in the band at that point and we had to play festivals on the weekends before and after the wedding, so we took a little mini-moon in Fernie, B.C. (her hometown), at a place called Island Lake Lodge.

Balancing careers and marriage
Kaelen: Our lives are in a constant flow of change with our jobs. We are really blessed to wake up each day and paint it the way we want to. It took some time to balance working together in the band, and eventually I stepped out to focus on my acting career. We’re learning that checking in with each other is really important.
Reuben: We’re really learning how to enjoy working together, when we are, and appreciate the times when we aren’t. Our collaborations are feeling stronger than ever, and I think it’s because we took a step back and focused on finding a balance of independence and partnership.