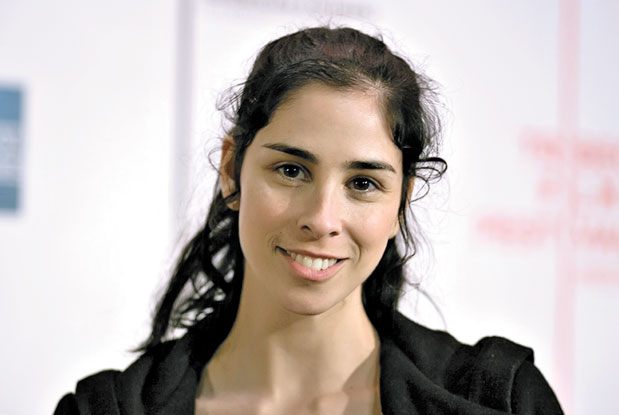 Gimmickry has been a staple of comedy since Jerry Lewis busted out his pitchy “lady!” voice — and probably well before that. It has made no shortage of comedic careers, plenty of which likely didn’t have the legs to make it on their own.

Sarah Silverman, gimmicky as she is with her sweetheart-saying-crude-things persona, clearly has talent, and the sharp, clever edge that she showcased during the recent James Franco roast appeared sporadically during her Friday night set at the Sony Centre for the Performing Arts. But all too often, adherence to familiarity and a squeaky persona took away from the actual humour.

Signs of Silverman’s quick wit emerged early in her hour-long routine as part of Just For Laughs 42. She singled out a 21-year-old fellow sitting in the front row and even invited him to sit alongside her on the stage. After immediately noting the irony of the pale-faced youngster’s first name being Tanner (because “he isn’t Tanner than anybody”), she proceeded to crank up the awkward factor with questions about his virginity and sexual preferences, garnering surprisingly game responses from her victim and an awful lot of laughs from the crowd.

When it was bad, the material ranged from the tasteless to the viscerally unpleasant to the straight-up unfunny (such as a closing song whose punchline seemed to be the word “cunt” sung over and over again).

Silverman’s set was made all the more jarring by its lack of flow. In what was supposed to be a funny, deliberate breach of standup form, she eschewed segues in favour of abrupt shifts from joke to joke and topic to topic. She acknowledged as much in a moment of self-awareness after transitioning from a joke about pornography to a story about her mother’s poor health, but it still gave a jarring, jumpy feel to the set.

In stark contrast to Silverman’s uninspired material was her opening act, the burly K. Trevor Wilson. Wilson, whose persona comes in the form of a soft-spoken mountain man, played it simple, telling a range of too-detailed-to-not-be-true stories. For instance, he recalled getting mugged (maybe true, maybe not) and asking for all of his cards back, since “it’s really hard and time-consuming to replace them.”

Silverman’s profile and lofty status in the comedy world comes from more than just an appealing gimmick. But her prepared standup material falls well short of what many have seen from the acid-tongued comedienne in her television specials and her work on the now-defunct Sarah Silverman Program.