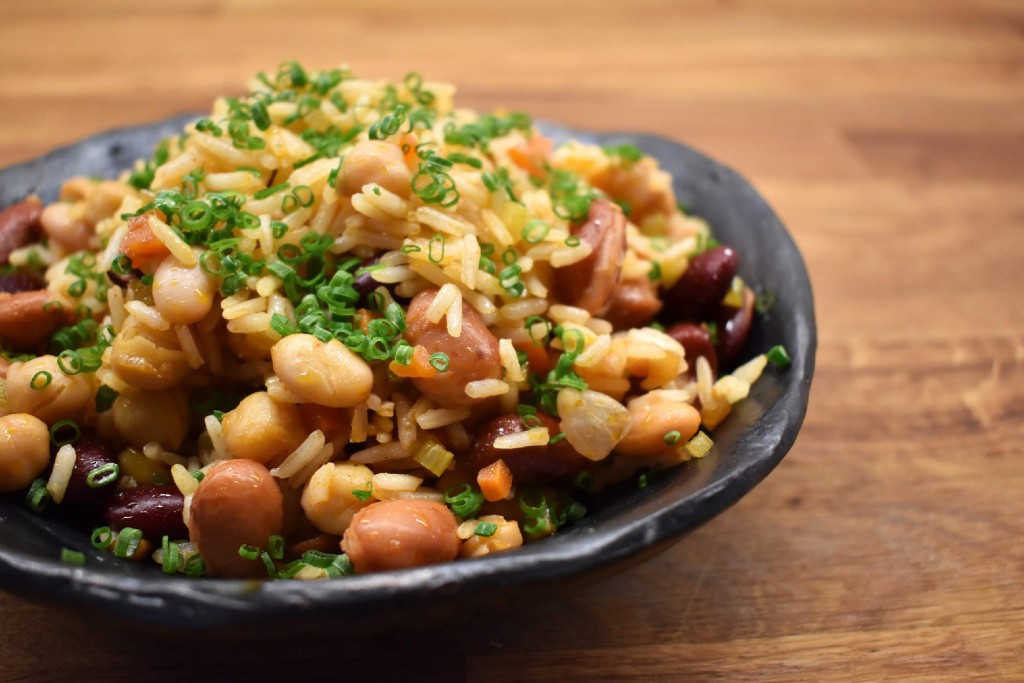 Opening a new restaurant in Toronto was already a challenge prior to the pandemic, and now COVID is driving the financial stakes even higher for would-be restaurateurs such as the team behind Rhyz.

With the stakes so high, pop-ups are becoming an increasingly appealing option for chefs looking to dip their toes into the city’s dining industry. That’s exactly the strategy with Rhyz, a new pop-up concept set to launch in August.

“This pop-up is just a way to test the waters,” says Alex Fields, the chef behind Rhyz, adding that he eventually hopes to open a brick-and-mortar restaurant. “I wanted to do my own thing. I’ve been cooking for 10 plus years. COVID isn’t the best time, but I still wanted to try it out.”

Originally from Montreal, Fields has cooked in kitchens across the country and is now teaming up with his brother (another restaurant industry veteran) to launch the new venture.

“Rhyz will be my take on the food that I like to eat, which would be Afro-Caribbean,” says Fields.

Every family has a story… Welcome to ours. Our business name Rhyz is to commemorate a loved son, nephew and family member. We strive to make you feel right at home with family shared dishes cooked with some southern love.🌳

The pop-up series kicks off on Aug. 7 with a multi-course meal that draws influence from southern cuisine. The dinner pushes the boundaries of what many of us have come to expect from southern food in Toronto, featuring dishes like sweet and spicy pig ear lettuce wraps.

“We don’t try to do anything classical; we refine it and make it modern,” says Fields.

Hosted at Gayley’s Cafe on Dundas West, the first event will feature two seatings of 25 people each. Indoor dining is still prohibited in Toronto but, with the pop-up still a month out, Fields is hopeful that they’ll be able to hold the event inside the restaurant (with physically-distanced tables) if regulations continue to relax.

Each dinner will feature a different theme, and the brothers are aiming to host at least one pop-up per month going forward. “We want to do the Caribbean theme, focusing on regions like Trinidad and Jamaica,” says Fields. “We’re also going to do a Haitian theme. I don’t think a lot of people know about Haitian cuisine. It’s a really full-bodied kind of flavour, so it’s one that I’m really excited about.”

Fields says he also plans to draw on other global food influences, such as Nikkei and Portuguese cuisines, for upcoming menus. “It’ll always contain some form of Afro-Caribbean cuisine,” says Fields, “so we might do an ackee and saltfish fritter but add a miso emulsion to it.”

Tickets for the first Rhyz pop-up on Aug.7 are priced at $91.91 per person for a five-course meal. Seats can be purchased through Eventbrite.