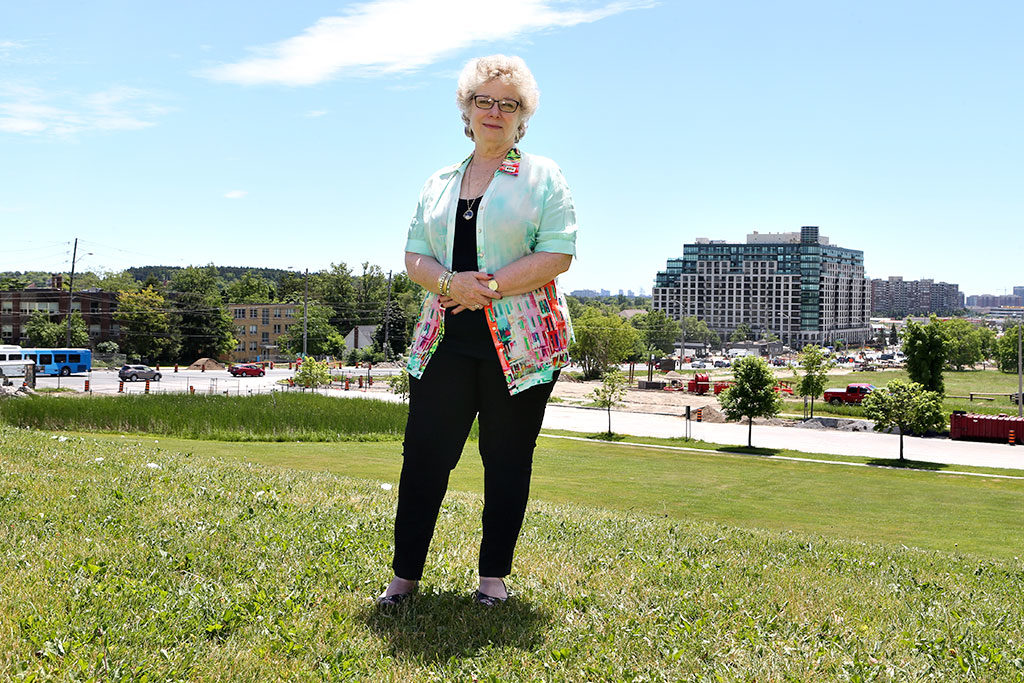 After a voice mail was leaked to various news outlets in which local councillor Karen Cilevitz appeared to sound off on two event organizers over the use of the term “Ward 5,” a notice of libel was issued by MacDonald Associates pc, representing Coun. Cilevitz.

The private voice mail surfaced on May 31 on a number of news outlets including the CBC, 640 News and Newstalk 1010.

The voice mail, which was left on Jan. 28 on venue York Region Open Mic organizer Steffi Goodfield’s phone, emphatically warned her and the organizer of the Sunday night open mic event (at the venue), Matthew “Groopie” Bergman, against naming the Sunday night event “Ward 5 Jam.”

“If you in any way name your event, which does not have my sponsorship, or my authority, as the Ward 5 Music Jam … I will take legal action against both of you and your company,” she said in the voice mail and added the term “Ward” was only used to designate councillor-led events.

Although this is not a rule, Cilevitz later maintained that she wanted to avoid any association between herself and Bergman.

Bergman and Goodfield filed a complaint with the Ontario Office of the Integrity Commissioner accusing the councillor of bullying and harassment, which was dismissed. At a June 12 Richmond Hill Town Council meeting, Bergman and another speaker, Cyndi VanBrussel, accused the councillor of “yelling at cancer patients,” referring to Goodfield’s stage 4 metastatic breast cancer, and repeated their calls for a thorough investigation. Eventually, police were called and a group was escorted out of the building.

In an emailed statement, Goodfield wrote, “In my opinion, Councillor Cilevitz has blatantly breached the public trust of her office by her abuse of authority, bullying, and harassment toward me and others, and must be held accountable for her reprehensible actions.”

According to Goodfield, she and Cilevitz have known each other for a number of years. Goodfield alleges that Cilevitz had sent her a number of threatening texts and messages regarding the Ward 5 designation, despite reminders from Goodfield that the Ward 5 jam was actually Bergman’s event, not Goodfield’s.

“The libelous claim that I am bullying and intimidating a stage 4 cancer patient is absolutely not what this was about.”

Cilevitz maintains she has made no contact with Bergman or Goodfield since the voice mail in January, a claim Goodfield disputes.

The libel notice, issued on June 15, requested a public apology from Bergman, who, it is alleged in the notice, published posts on his Facebook page accusing the councillor of “bullying, threatening and intimidating cancer patients,” among other allegations.

“The libelous claim that I am bullying and intimidating a stage 4 cancer patient is absolutely not what that was about,” said Cilevitz.

Cilevitz alleges shortly after the Jan. 28 voice mail was sent, “Ward 5” was dropped from the event on Facebook, and a disclaimer appeared on their Facebook page removing all association with the local ward councillor. However, around March, Cilevitz noticed the event had been renamed the Ward 5 Jam and Bergman’s band renamed the Ward 5 Bandits.

She claimed she took no further action, until the voice mail became public and accusations of harassment began to appear on Bergman’s Facebook page.

“This was designed to interfere with my re-election campaign,” she said.

In the libel notice, MacDonald Associates pc states, “These statements are false and defamatory and constitute a very serious libel against Ms. Cilevitz.”

“She has since tried to bully me yet again with a lawyers letter trying to force me to sign a retraction /apalogy [sic] letter which I refuse to sign because I am telling the truth and have evidence for all the claims I’ve made and continue to make,” he wrote in an email to Post City.

Since the libel notice was launched, Cilevitz has also filed a defamation claim against Matthew Bergman for damages in the amount of $500,000. The statement of claim states, “The plaintive has suffered and will continue to suffer damage to her feelings and damage to her reputation.”