Rival ex-mayors and other reps cleared | TRNTO.com
Skip to content 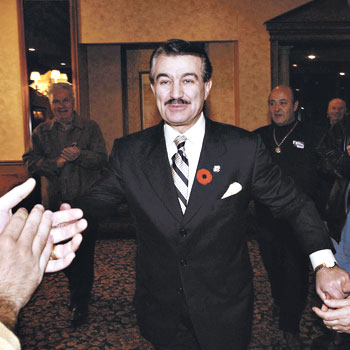 A judge recently tossed out 40 charges for alleged violations of the Municipal Elections Act faced by former Vaughan mayor, Linda Jackson, due to ambiguity in the legislation. On these grounds, remaining charges against regional councillor Michael Di Biase and councillor Bernie DiVona would also likely be dismissed, the City of Vaughan said in a statement.

Jackson was originally slapped with 68 charges in connection with the 2006 election, where she won over incumbent Michael Di Biase by only 90 votes. Her campaign manager and husband, Mario Campese, was also cleared in the recent decision.

Di Biase, who had already been acquitted of seven charges, is glad that the ordeal is finally over. “We can move on, eliminate all the lawsuits and concentrate on providing services for our residents,” he said.