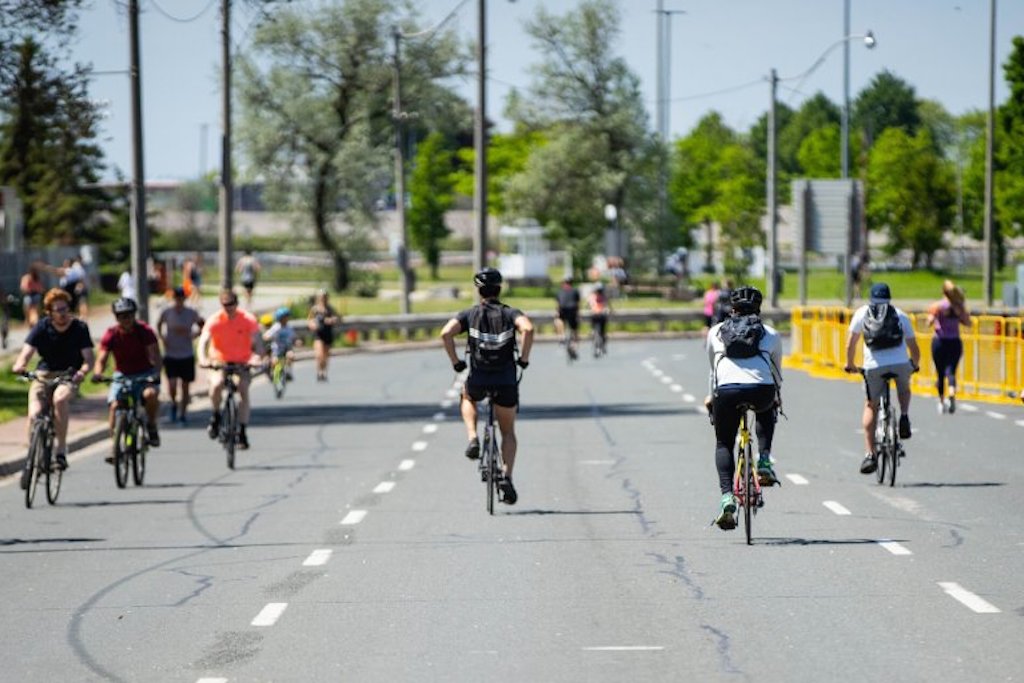 Motorists who plan to drive on Yonge Street on Sundays this month should plan ahead to find alternate routes.

The City of Toronto will be closing Yonge Street between Davenport Road and Queen’s Quay on the final two Sundays in September. The closures will be part of ActiveTO’s major weekend road closures, in partnership with Open Streets Toronto. On Sept. 20 and 27, closures will begin as early as 8 a.m. and be reopened by 3 p.m. each day.

Vehicle access on these sections of roads will be closed and the city will manage traffic through signal timing adjustments and roadway signage. With all closures in place, including Yonge Street, there will be more than 14 kilometres of major roadway available for Torontonians to walk, run, and bike on Sundays.

“By giving people space to practise physical distancing while being outside for activity, we have been supporting fundamental public health advice while continuing to work to stop the spread of COVID-19,” Mayor John Tory said in a statement, noting that the ActiveTO program has been an important part of the city’s restart and recovery planning.

“Council approved a common-sense, rapid approach to the cycling network in late May, we continue to make room for people, bikes and cars on neighbourhood streets, and I am pleased that through this partnership with Open Streets we will be expanding ActiveTO to Yonge Street on the last two Sundays in September.”

During the closure, a physically distanced activity is planned (from 10 a.m. to 2 p.m.), dubbed the Live Green Eco-Walk. The city describes it as a fun activity, administered in a “safe, physically distanced manner,” that involves finding signs on the street that use QR codes, to link to green fun facts about Toronto.

Still, not everyone is thrilled about the road closures.

Excellent idea, but here’s the thing: yonge downtown doesn’t work. The right lanes seem to have become ride share loading zones, so it’s effectively down to one lane each way. Maybe carve out permanently one lane for bikes, and work with the other three for traffic and loading?

That is unworkable. Cars will always remain an integral component of our transportation mix.