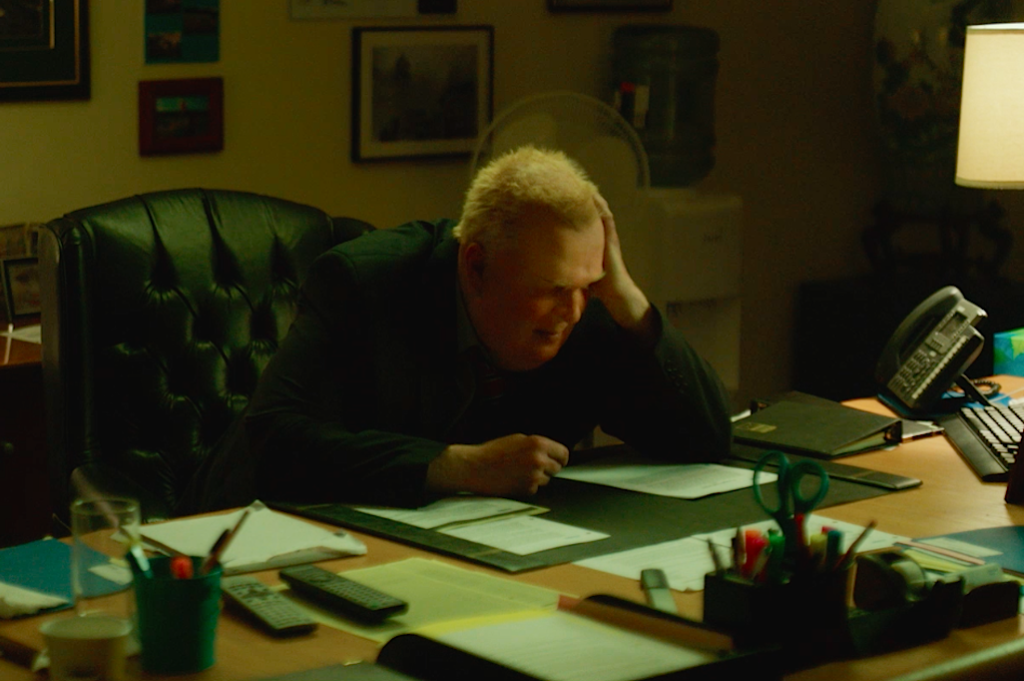 The movie trailer for Run This Town, a film about a young male journalist looking for his big break in the Rob Ford era of Toronto, has just hit the internet.

English actor Damian Lewis (Band of Brothers, Homeland) plays former mayor Doug Ford, who, if you somehow don’t remember, exploded onto the world’s stage after being caught smoking crack. While much of the coverage during filming mused about the way our infamous late mayor would be depicted, the makers of the film have repeatedly pointed out that the project isn’t meant to be some sort of biopic.

The plot follows Bram, a young aspiring journalist whose first job at a newspaper leaves much to be desired until he gets a lead on a story about the mayor. Bram is played by Ben Platt (Pitch Perfect), a casting choice that sparked much controversy when details of the film were first announced. Since actual reporter Robyn Doolittle, the author of Crazy Town: The Rob Ford Story, was one of the main reporters to break the story on Ford, many (including Doolittle herself) criticized the film’s choice to center the plot around a male reporter instead of a female one. Platt, among others, responded to the controversy with statements of how the film’s goal was not to depict the life or story of Doolittle, but rather to tell a fictionalized account of the millennial experience “set against the backdrop of the Rob Ford scandal.”

Remember when you were younger & mad at grown-ups? Frustrated because your parents didn’t get you? ‘Cause your boss was incompetent? Angry at the mess left by the older & ‘smarter’ generation? This is that story. #RunThisTownMovie March 6 pic.twitter.com/QR26fC93O6

The one-and-a-half-minute trailer is more of a teaser, setting a scene of suspense and covert grassroots operations. As Bram walks through a dark parking garage, lights flickering, his mother calls his cellphone. Bram hangs up just as a mysterious figure appears to hand him an envelope. We get a quick look at some of the other characters in a series of one-line vignettes, and the trailer ends on a closeup of Bram’s serious yet incredulous expression as he says: “What am I looking at?” which gives off some serious Spotlight vibes. Since its release on Jan. 24, the trailer has been viewed over 1 million times.

Can we talk about Damien Lewis’ transformation into Rob Ford?? pic.twitter.com/YptYNvW8kC

The film stars some Canadian talent, including Nina Dobrev (Vampire Diaries), Scott Speedman (Underworld), and Mena Massoud (Aladdin). Mostly shot in Toronto, the film’s premiere was in March 2019 at South by Southwest (SXSW) in Austin, Texas, and the reviews were mixed. Now Magazine reported that the film’s attention to detail when it came to depicting life during the Ford scandal(s) was on point and affecting and Variety called it an “aggressively cluttered drama,” despite the narrative’s solid insights on the rapidly changing/declining journalism industry.