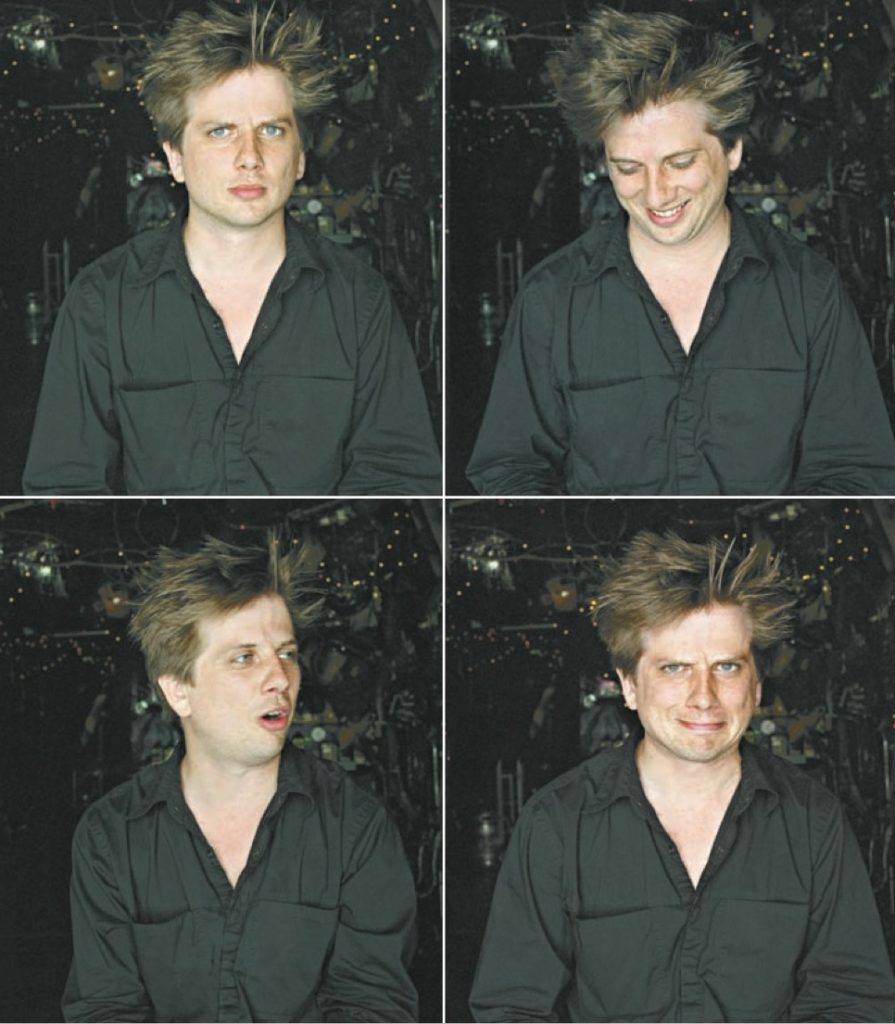 ROB STEFANIUK IS living the dream. Your dream, in fact. Seriously, what’s your dream? To star in a movie, write it, direct it? Done. Are you a music fan? Would you love to work with Alice Cooper, Iggy Pop, Henry Rollins? Write your own music and perform it in a movie that all those rock icons are also in? He’s done that, too. Wanna walk down the red carpet at a Toronto International Film Festival premiere with your gorgeous girlfriend on your arm, crowds cheering, cameras flashing, reporters calling out your name? Well, he’s about to live your dream for the second time.

Thing is, dreaming and living the dream are totally different. In order to get there, you have to go through a lot of fire, which the writer, director, actor and musician — a very gracious and funny young man — defines as “not making a living and not giving up.”

The 37-year-old North York native is starring in his second feature film, Suck, which he wrote and directed here in Toronto and which premieres at TIFF on Sept. 11. It’s a comedy about a loser rock band called the Winners, led by Stefaniuk’s character, Joey. They’re getting older and going nowhere until their female bassist, the superhot Jessica Paré, is turned into a vampire. All of a sudden they’ve got the sexy rock-chic appeal they were missing (think Stefaniuk’s all-time favourite album cover: Lou Reed’s Transformer), and they finally start getting noticed.

As their road tour leads them into vampirism, superstardom and the pitfalls of both, they encounter a number of interesting characters from the music industry–supernatural world. The casting feat alone is surreal: Malcolm McDowell as Eddie Van Helsing, a vampire hunter who’s afraid of the dark; Alice Cooper and his daughter, Calico, as a creepy bartender- waitress duo; Henry Rollins as Rockin’ Roger, a popular radio show host whose mysterious on- air disappearance during an interview with the Winners really sends the band’s star into orbit; Iggy Pop; Dave Foley; Moby; Carole Pope; and more.

Twilight fans may be disappointed — these vampires don’t glitter in the sun — but they definitely know how to rock ’n’ roll.

“I say rock ’n’ roll too much,” Stefaniuk chuckles, as he describes the movie. “It’s not a vampire movie that has rock ’n’ roll. It’s a rock ’n’ roll movie that has vampires in it, and instead of someone in the band having a drug problem and mixing up with a druggie crowd, I made the drug addicts vampires instead.” The sex, blood and rock ’n’ roll metaphor takes its cue from Stefaniuk’s real-life experience performing in bands, being on the road and seeing musician friends go to “the dark side,” he says.

“That was the genesis of what I wanted to write about — getting older and people self-destructing. And the vampire seemed like the perfect fit for that: what if you didn’t get older? And dead people sell more records.”

Iggy Pop, who plays a rock star turned producer, and Dave Foley, who plays their seedy manager, were the first to sign onto the film. Stefaniuk already knew Foley but only got the guts to e- mail the script to Iggy Pop, his ultimate musical hero, after going to a Stooges show at Massey Hall.  “I always wanted Iggy, but never thought we’d ever get him…. I didn’t even believe we had him when he showed up!”

Once those two were in, the film had the credibility to lure the other musicians and film greats that make up the star-studded cast. “It was a bit nerve-racking at first,” Stefaniuk says about directing them. “But they were all so generous and so supportive. Like, Iggy worked on it, and Alice [Cooper] worked on it, and they delivered subtle performances. And it was great to see Henry [Rollins] and Moby played against type.” Moby, known for his strict veganism, plays Beef Bellows, the lead singer of a band called the Secretaries of Steak.

Stefaniuk knows a lot about playing against type — he’s been doing it for a long time. He doesn’t look like a rocker, even though he wears a leather jacket. The boyish charm and good looks are hard to cover. In fact, early on in his acting career, when he was fresh out of high school and living in L.A. and had landed a role on the show Catwalk, that charm and those looks might have garnered him the fame and career of the Coreys (Haim and Feldman), whom he acted alongside in a TV movie. Indeed, the temptation to sign that Hollywood deal that promises immediate fame, cash and TeenBeat covers — but offers no warranty on meaningful life’s work — was definitely there. “If you go down to Los Angeles, it costs money,” he explains. “So you end up taking jobs that you wouldn’t normally take — not always cool ones. And like, next thing you know, you’re Screech from Saved by the Bell.”

He didn’t want any of it. He was a punk rock kid, recently graduated from the Earl Haig theatre program, who would just as well go up to Yonge and Eglinton with a buddy to play music and busk “for the yuppie patio crowd” if he needed cash. He didn’t care about the money, and he certainly didn’t want to be Corey Haim. “I got jaded fast,” he says. “I wanted to do cool stuff, especially then. Then I took it very seriously — what was cool and what wasn’t cool. So, doing a bunch of bad stuff didn’t feel good, you know?”

At the same time, Woody Allen wasn’t on the phone. So he opted for the road less taken — the long hard road to making his own movies. “I had to create my own work and do my own thing,” says Stefaniuk. “And once I wrote my first script, The Size of Watermelons, and got it made, that was it: I was hooked. I was, like, this is what I want to do with the rest of my life.”

Persistence and ingenuity ensued. He learned to direct, edit and produce. For his directorial debut, Phil the Alien, which premiered at TIFF in 2004, he featured an alien and a beaver because his brother, a special effects pro, already had those two things in his shop.

Now he’s back, with another hilarious film, full of his friends, heroes and his own music. (Rob co-wrote seven songs on Suck’s soundtrack).

His advice to current Earl Haigers (parents cover your ears): “Everyone always said, ‘Have a fallback plan, go get your BA or do something to fall back on,’ and it’s like, no, I’m gonna do this or I’m gonna have a bad life,” he says and laughs. “If you just accomplish enough to get some wind in your sails, it gets you to that next thing. Just don’t quit.”