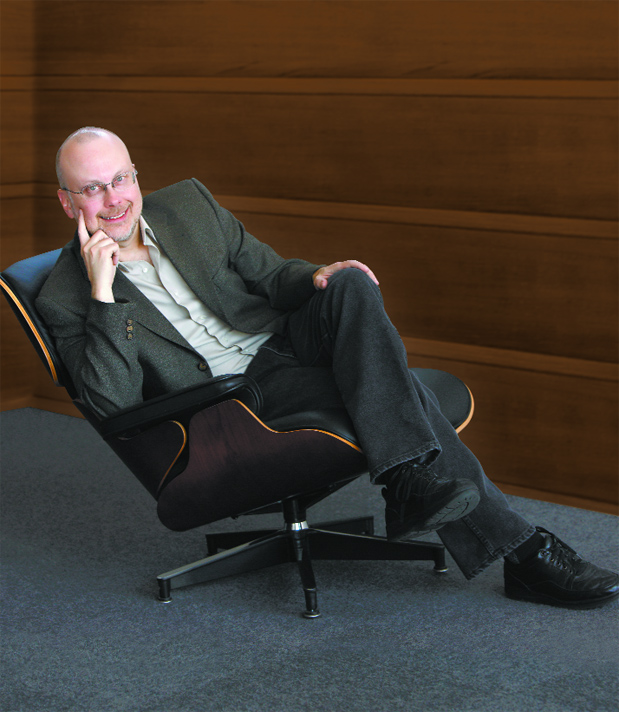 The idea for one of fall’s biggest TV shows was born of the high school memories that sifted through Robert J. Sawyer’s modest Thornhill condominium 14 years ago.

As he and his friends reminisced, it occurred to Sawyer that none of them, himself including, had ended up where they thought they’d be.

One man was supposed to be a cop; he became a cordon bleu chef. Another wanted to be a movie director and instead worked as a legal counsel for the Hudson’s Bay Company. Sawyer, who always thought he’d write sci-fi as a hobby, didn’t exactly live up to his dreams of dusting dinosaur bones as a paleontologist.

“Everybody who came to that party — and I mean everybody — was saying the same thing. If I’d only known 20 years ago what I know now, today, my life would have been better,” recalls Sawyer.

That’s when the light bulb went off in Sawyer’s outer-worldly mind, and he had the premise of his next novel, Flashforward: what would happen if we could see our own futures?

Two years later, Sawyer finished the book and sent it to his agent in L.A. Eventually, the novel found its way into the hands of Brannon Braga, who produces 24, and David S. Goyer, who wrote Batman Begins. From there, it was a short step to becoming a TV series.

Flashforward premiered on Sept. 24 on ABC, first in its time slot, beating out ratings juggernaut Survivor by 1.3 million viewers. The show, filmed in L.A., stars Joseph Fiennes (Shakespeare in Love) and John Cho (Star Trek) as two of the men who glimpse their futures six months ahead — and grapple with the notion of whether destiny can be avoided.

“To have it go in front of the cameras is quite literally like winning the lottery,” Sawyer says.

He rose to sci-fi fame in 1996 after his book The Terminal Experiment won The Science Fiction and Fantasy Writers of America’s Nebula Award for best novel of the year (what Sawyer calls the “Academy Award of the science fiction field.”

Since then, he’s been on the Globe and Mail’s best-seller list for Calculating God, and Flashforward won a Canadian science fiction Aurora Award. In total, he’s written 19 science fiction books, and is currently working away on his twentieth, Wonder. Science fiction, says Sawyer, is a genre that interests him because it asks the big questions, with Flashforward being no exception.

“The question of whether or not even having foreknowledge would even allow us to evade our destinies is, I think, one that people find profoundly interesting,” says Sawyer, today, from his upgraded digs in Mississauga where he’s lived since 2000.

“Who doesn’t have some degree of cold feet on their wedding day, wondering if they’re making a mistake? Is this person the right person? When you choose this job or that job, this house or that house, this major or that major in university, every one of us would want to know: ‘Am I making the right choice?’ It’s a universally compelling question.”

Sawyer’s personal belief is that, like physics, fate is fixed. He compares one’s destiny to the end of a movie that’s already been written.

He just wishes someone had told him that 20 years ago.

“I had an enormous amount of self-doubt about whether I was doing the right thing, pursuing this dream of making my living as a writer.”

Sawyer was born in North York in 1960 and came of age during the space race. He remembers watching 2001: A Space Odyssey and Planet of the Apes with his father and being intrigued by the prospect of something beyond his North Toronto life.

In 1975, as a student at Northview Heights, he formed the science fiction club where he met his future wife, Carolyn Clink. After graduation, he worked as a freelance journalist in the 1980s, writing for the Toronto Star and the Financial Post, among others. But Sawyer wasn’t satisfied with ephemeral stories and decided to try his hand at full-time science fiction writing.

Thornhill, it turns out, was a great place to start. Near to his Bathurst Street and Centre Street condo — called Forest Hill North, which was also the titular inspiration for the Forhilnor aliens in Calculating God — was Sci-Fi World, then Canada’s largest science fiction bookstore, at Steeles and Dufferin. There was also the Vaughan Public Library and a Chapters Superstore, at Steeles and Yonge, where Sawyer spent many a day during his eight years in the area, from 1992 to 2000, perusing the competition.

But mostly, it was a place far from the fantasy worlds he chronicles.

“Thornhill is, was, a wonderful place to be a writer,” says Sawyer.

“A writer may write about exciting places, but a writer needs peace and quiet to get his or her work done. And Thornhill certainly afforded that while having the advantage of being so very close to the hubbub of downtown Toronto when I needed to go there.” Not to mention a trip or two to L.A. where Flashforward is currently under production. Sawyer, who’s visited the set, has been consulted on all episodes and will pen number 16, if it gets picked up for another season. He’s also shared a lunch date with star Joseph Fiennes.

“It is very exciting. The actors are fabulous,” he says of his recent visit. “It’s been an experience that has brought literally tears to my eyes as I watched it happening on the set.”

As for the future, Sawyer doesn’t have any plans to rush off to Hollywood just yet. Or ever, for that matter.