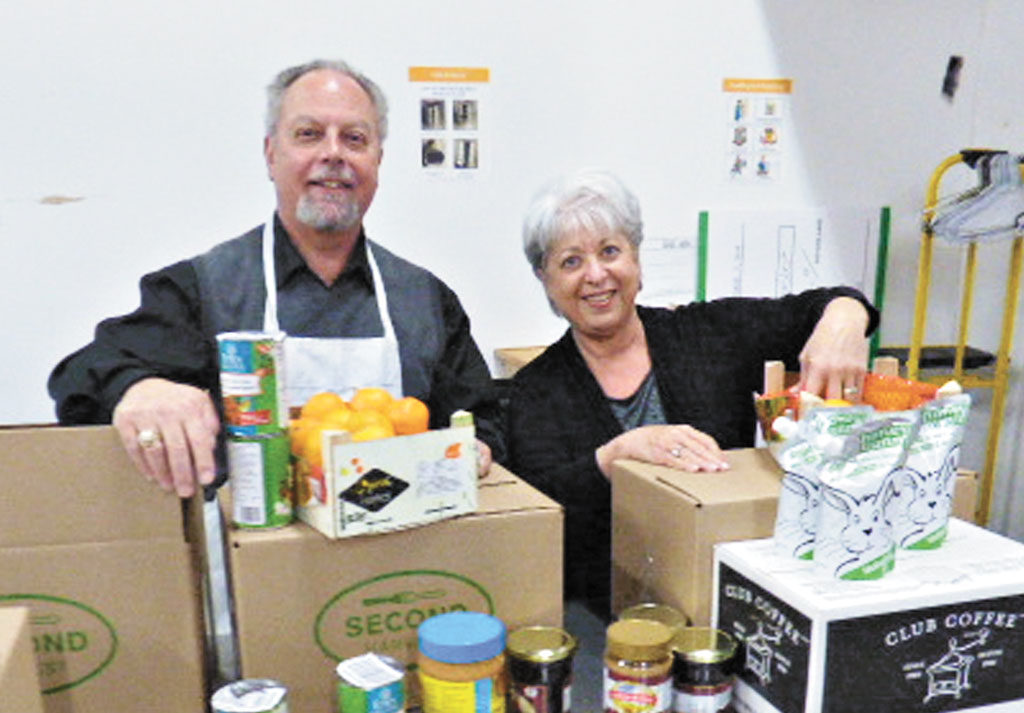 When Judy Nusinowitz and her longtime co-worker David Kopel decided three years ago that they wanted to start giving back to the community, they had no idea what food rescue was.
The two originally looked into various holiday charities but decided they would rather be involved on a regular basis, and Second Harvest piqued their interest.
“It was a curious title as opposed to a food bank,” said Nusinowitz, a realtor and resident of the Bayview Avenue and Steeles Avenue East area. She and Kopel began researching Second Harvest’s food rescue program and have been devoting every Monday morning for the past three years to sorting food — primarily perishable — that has been “rescued” from other places and is then shipped to a network of more than 200 social service agencies in Toronto.
Most of the food never makes grocery shelves because of mislabelling or damaged packaging. Second Harvest averages more than seven million pounds of food shipped to agencies every year.
Nusinowitz and Kopel love the idea and have been happy to contribute their time to making a difference. “I don’t think enough people know about them [Second Harvest]. They know about food banks,” said Nusinowitz. “They’re really quite a remarkable organization.”
She and Kopel start every volunteering shift by opening and cleaning the warehouse, even taking out garbage before they begin sorting. “It’s not very glamorous work,” she said. “[But] I love knowing that we are assisting in a very small way, on an ongoing basis.”
Nusinowitz says she feels a strong sense of gratitude and community among the volunteers at Second Harvest, which keeps her enthusiasm high. But, she said, she doesn’t seek recognition for her efforts.
“When some people do volunteer work, they like to be front and centre, getting recognition on a regular basis,” she said. “Honestly, giving this interview is something I never thought I’d do. We like to do our volunteering quietly. It’s not for a pat on the back. It’s more an inner satisfaction that we know we’re doing something that is helping the agency — rolling up our sleeves, getting our hands dirty.”
BACK TO HOME