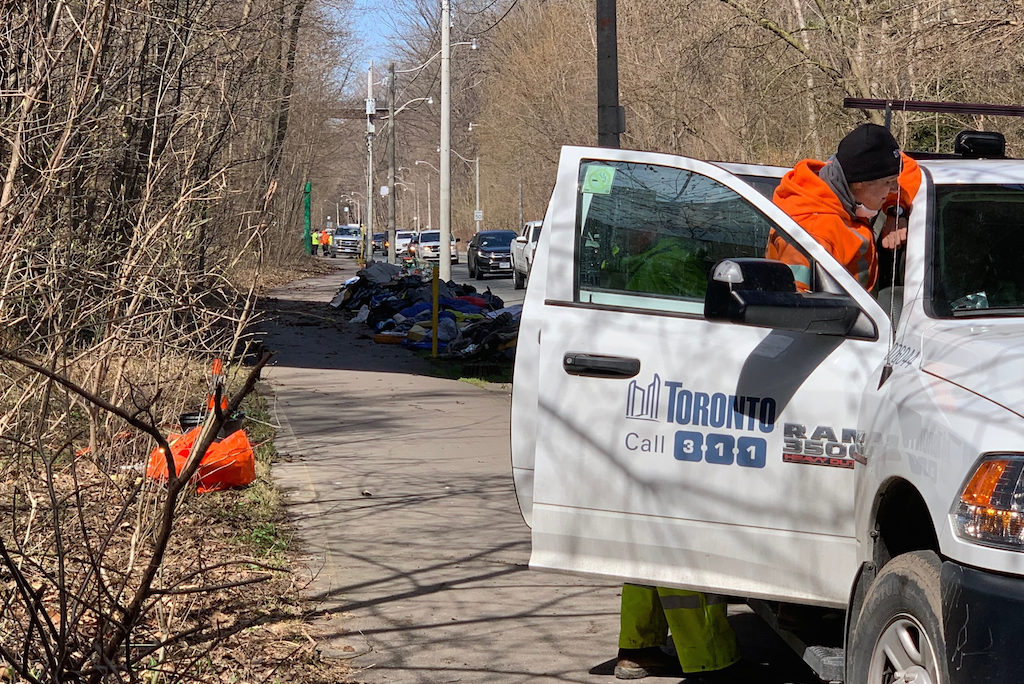 The Rosedale Ravine and the area under the Rosedale Bridge have long been home to a sizable homeless population. Perhaps not for much longer.

On April 25, the encampments in the area were razed by City of Toronto officials, as workers in bright yellow safety suits descended on the area and began piling sleeping bags, pillows, personal items and a wide assortment of garbage at the side of Rosedale Valley Road.

Those on the scene said the material would be left out for two days before it is permanently removed, should anyone return to claim items.

The City of Toronto issued a statement on the encampment: “Ensuring all Toronto residents are safe and have respite from the weather is a priority. Erecting tents and other structures on City property, however, is not permitted. Transportation Services staff posted notices on April 1 for those occupying City property in the Rosedale Ravine that they needed to vacate those spaces and remove all material within 14 days. At the same time, Salvation Army’s Gateway Outreach team, contracted by the City to provide street outreach support, worked with individuals to help them access shelter or other supports as needed. This was a multidisciplinary effort with staff from Parks, Forestry and Recreation, Shelter Support and Housing, Transportation Services and Toronto Police to ensure the safety of all.”

Toronto street nurse Cathy Crowe was unaware of the situation in Rosedale, but said the city is persistently razing homeless encampments throughout the city despite the shelter system has been operating at near capacity.