Roundtable teaser: 12 of T.O.’s top real estate pros on how they bought their first homes | TRNTO.com
Skip to content 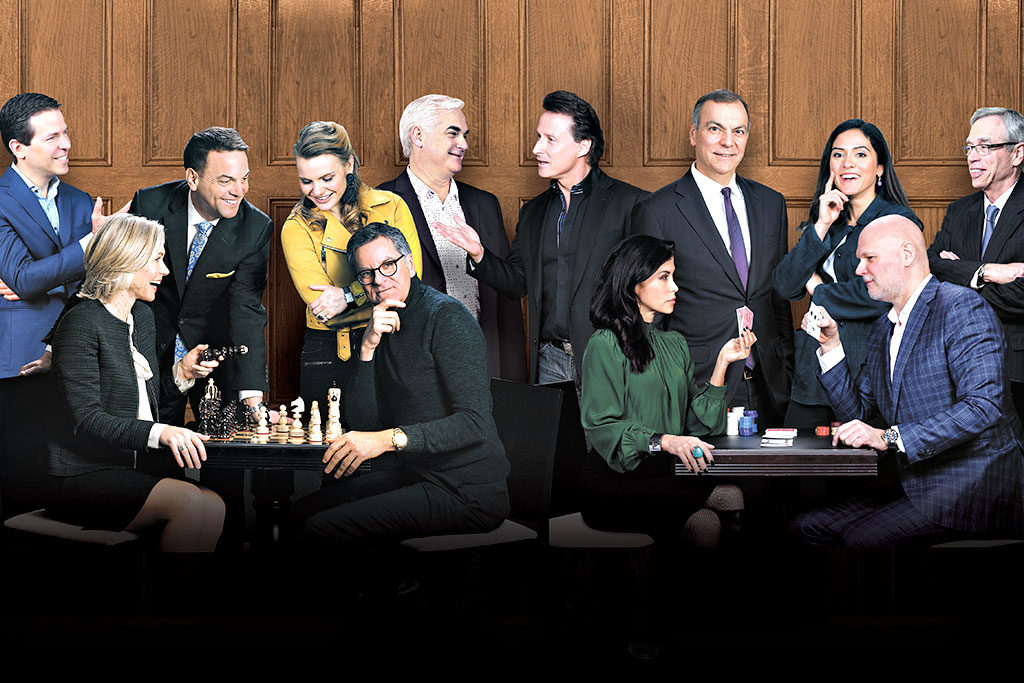 For our 11th annual Real Estate Roundtable, we assembled our most distinguished (and opinionated) panel yet. Kicking things off, the experts talk first homes, how much they spent and how they were able to afford it.

2018 PANELLISTS  (pictured above from left)

HOW MUCH WAS YOUR FIRST HOME AND HOW WERE YOU ABLE TO AFFORD IT?

Michele Romanow So I am going to be the only contrarian here, because I’m probably the only person here that doesn’t own a house. I spent my money investing in the tech companies. The fact that I didn’t own a house actually gave me an enormous amount of freedom. So I was able to sell a company to Groupon and move to Chicago. Then I moved to San Francisco. My first home was a sailboat with two bedrooms. We have to stop thinking exactly of the rental market as something you just do when you can’t afford a house, because there is a whole new group of millennials that do not have their same goals set on home ownership.

Maryam Mansouri Hurst My first home was in 2008, which was probably the worst timing possible. It was a condo in the distillery, which I had significantly saved up for, and managed to close on a whim. Then things kind of went a bit rough in real estate, and I ended up living there for three years and keeping it, and renting it out. I recently sold it in January.

Joe Oliver It’s 1973. My first son was one year old, so it was time to buy a house. We started looking. It was a small old place downtown, or in the suburbs around York Mills and Leslie you got a big barn. So we opted for the latter. In the six months period that we were looking, prices went from an astonishing $55,000 to $65,000 so I was distraught. My financial life was in ruin. I went to the bank, and I spoke to Earl McLaughlin, who was the head of the main branch, who later became the CEO of the Royal Bank. “How much do you wish to borrow,” he asked. “$65,000,” I said.

Keesmat My first house was with my husband, we too squirreled away. I lived with my in-laws in order to save up. Then when we bought the house, this was 18 years ago, and rented out the main floor and basement. We saw that as a strategic way of entering a market in Toronto, which at that time, we thought, was really overheated, even to the point where we moved into Roncesvalles. Our neighbours came over when they heard we’d bought our house for $360,000, and said, “Oh my God, what have you done? You don’t understand this market. You paid way too much money.” Of course, that house now, which we are no longer in, would trade at well over $2 million.

Paul Miklas I bought mine 30 years ago, trying to become a small little builder. I bought a home at Yonge and Finch. I paid $200,000 for it. It seemed like the world trying to take on this mortgage. I would never have qualified for the stress test today. As I started to build it, all of a sudden I got my first offer on it and I realized, wow, there’s actual game here. I think I made about $20,000 on it, and subsequently, with a very nice wife, I continued to move and flip, move and flip. We moved 15 times, and after 15 moves we finally got it right.

Hudak
I bought my first home in 2002 in Niagara, and the realtor who took the picture should have won an award, because it looked absolutely gorgeous, but when we got there it was considerably run down. It was probably home to more raccoons and animals than a small zoo, and needed considerable work. My wife saw beauty in the place, because it was bound by a river and forest, and a good sized property. So we were split, and thankfully the RE/MAX realtor broke the tie. My first home will always be a big part of my heart.

Next up: Our expert panel talks condo vs. house, mortgage renewals, and predictions for the future.

THIS YEAR, IN A PARTNERSHIP BETWEEN POST CITY AND 680 NEWS, THE ROUNDTABLE HAS BEEN TURNED INTO A PODCAST — DOWNLOAD IT ON APPLE ITUNES, APRIL 9.