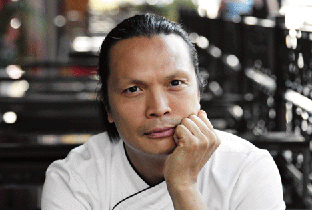 Dundas West is on an absolute tear these days, and if the latest word on the street is true, things are only going to get better. A lot better. According to sources in the industry, Susur Lee has secured a building at Dundas and Markham: the site of the erstwhile Le Corner at 777 Dundas West.

We weren’t immediately able to confirm with Lee, who is apparently in New York, and we also weren’t able to get a comment from anyone at Lee Restaurant. Incidentally, though, this was recently a topic of discussion on Chowhound, where a user claimed that “Susur Lee was spotted checking out an abandoned restaurant on Dundas near Bathurst.”

A quick scout of the location in question found that the building is cleared out, papered up and seemingly ready for a renovation.

It’s all speculation, of course, but it’s very interesting speculation, especially since another star chef, Jamie Kennedy, recently took over the operations at Provenance Regional Cuisine right in the area.

There’s no word at all on the concept or any specifics, but we’ll be sure to update as soon as more information becomes available.