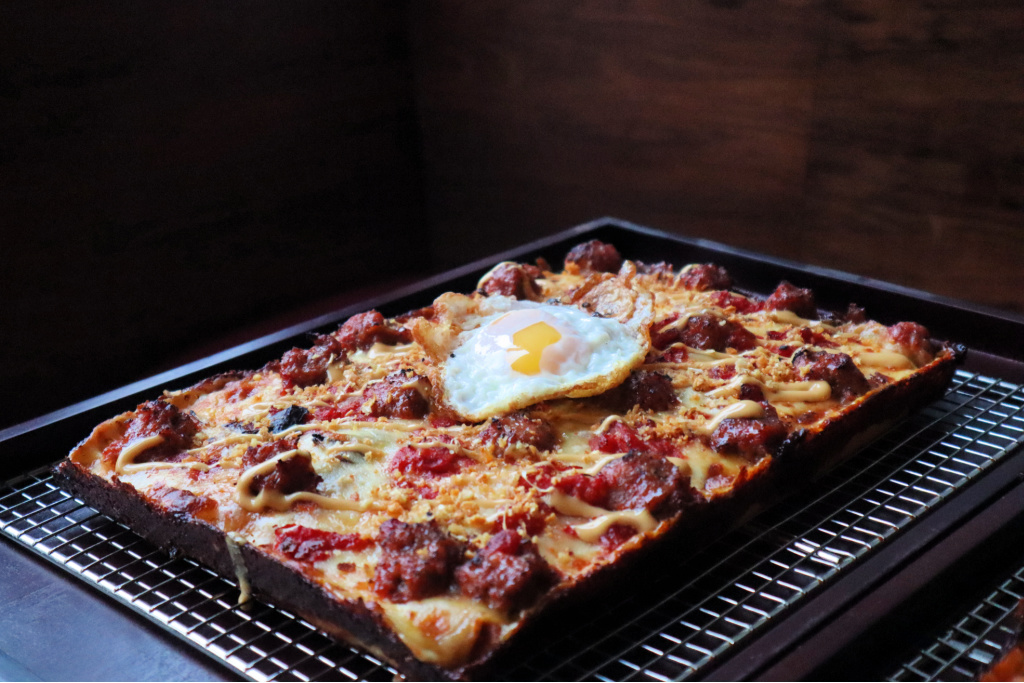 After a successful series of pop-ups over the summer, Toronto’s Filipino-inspired pizza concept is back with a brick-and-mortar location and a new name. Now known as Saints Island Pies, the restaurant has permanently taken over the site of its patio pop-ups, which was previously occupied by the now-closed Wallflower restaurant.

Co-owner Sean Santos says the decision to change the concept’s name to Saints from its original name, Pabalos, was a way to mark their transition from pop-up to full-blown restaurant. “We wanted to leave the pop-up where it was — separate it a bit and make this more official,” says Santos. The new name is also the English translation of his surname, which means “saints” in Spanish, adding a more personal element to the brand. 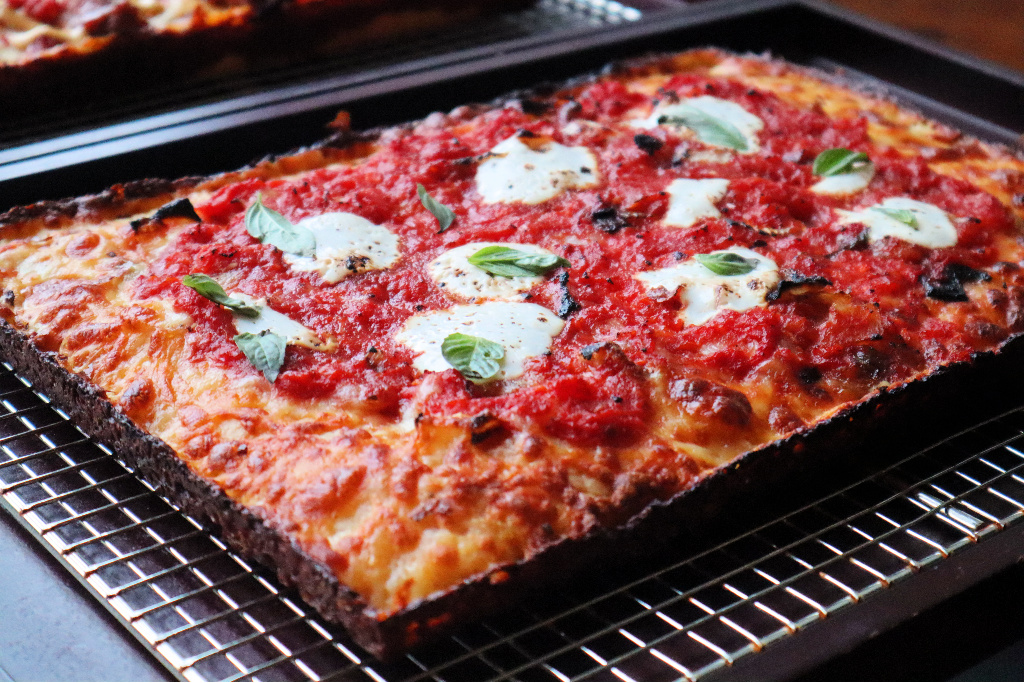 Saints Island Pies continues to serve the Filipino-inspired pizzas that the Pabalos pop-up was known for. The square, thick-crust pies are best compared to Detroit-style pizzas, although they’re slightly thinner and the dough is made with rice flour.

Toppings riff on traditional pizzas using Filipino ingredients. For example, the Bespren Longanizza is topped with longanisa, rather than classic sausage. 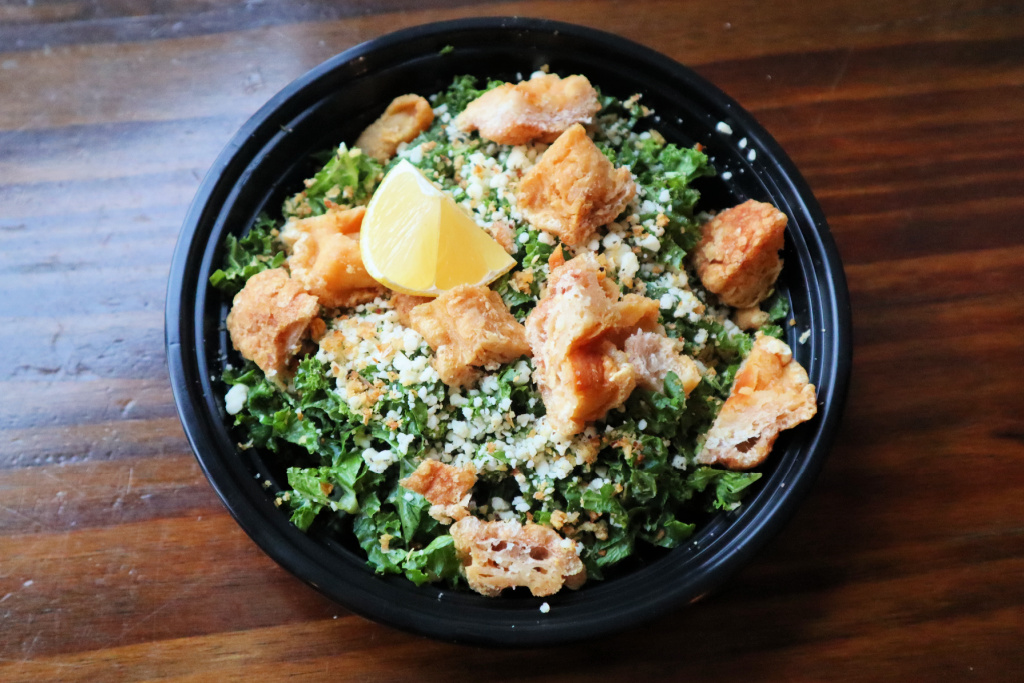 The restaurant menu expands on the pop-up menu with sides like Adobo chicken wings and a Caesar salad topped with crumbled chicharron. They’ve also added the option to order small versions of their pies, which are made to feed one to two people.

The space now features a small bottle shop with Canadian beers and wines, which co-owner Chuck Ortiz says reflects their dual Canadian-Filipino heritage, as well as a growing pantry section with snacks, drinks and ingredients. 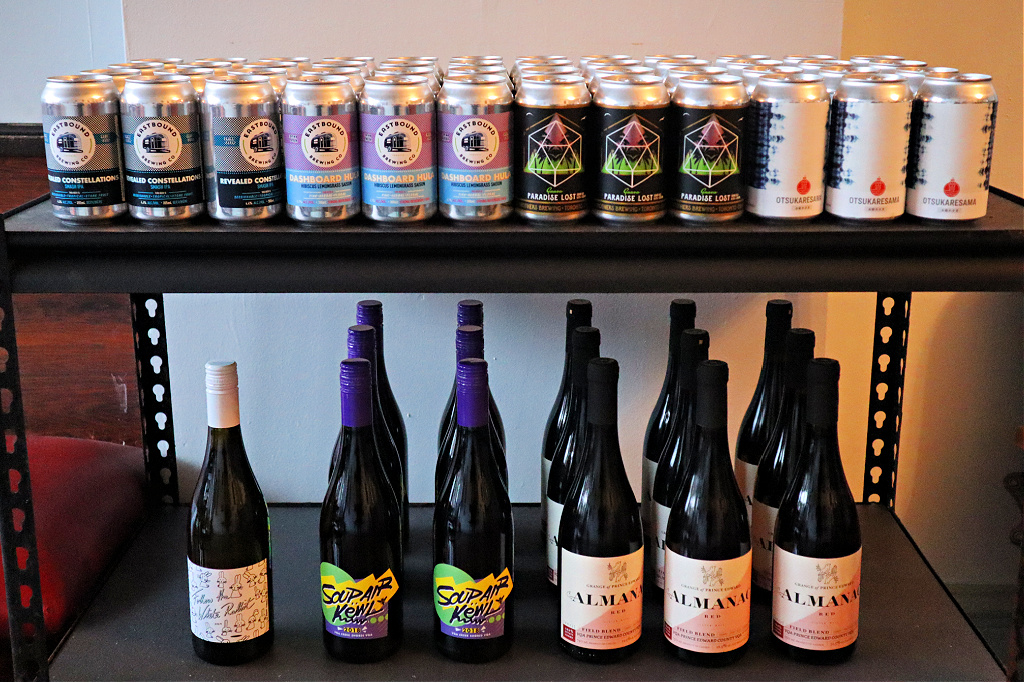 With indoor dining currently closed, Saints Island Pies is currently offering delivery through DoorDash and SkipTheDishes. Pick-up is available through Ritual or by preordering on their site.