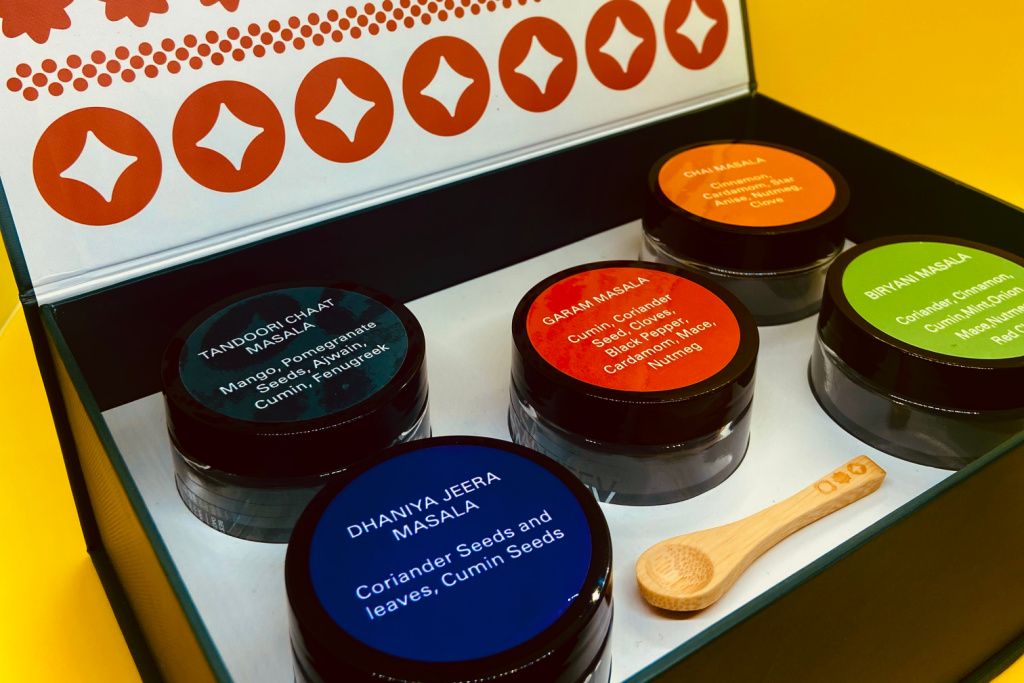 Ashish Sethi’s new venture, Sanjeev Masala Co., is a tribute to his late father. After emigrating to Canada in the 1980s from India, Sanjeev Sethi opened his first restaurant, the Host Fine Indian Cuisine, with his brother in 1996. The pair went on to launch five restaurants, including a much-loved outpost in Richmond Hill, and found the Host Hospitality Group, of which Ashish is now director of food and beverage.

When Sanjeev passed away in 2019, Ashish wanted to find a way to honour his father’s culinary talent and generosity.

“He had a lot of knowledge and his recipes are quite authentic,” says Ashish. “The processes he took to make his masalas — sourcing each individual spice and roasting them at different times — it was something very special.”

Ashish says that Sanjeev considered selling his masala blends in the past, but the project was never fully realized.

“It’s finishing one of the things he never got to finish,” says Ashish. “It’s one of the first ways we wanted to commemorate him.”

“We even use the exact same double spice grinder that he used,” says Ashish. “There’s a chai masala that’s really good for tea and desserts; a biryani masala that’s good for curries and spiced rice; and dhaniya jeera is a more authentic masala that we use every day,” he explains, adding that the kit also includes a basic garam masala and a tandoori masala.

“It’s what you need to start Indian cooking,” he says. The Sanjeev Masala Co. site includes cooking tips and recipes to help guide those who are new to working with masalas.

As part of the project, a new foundation has also been established in Sanjeev’s name. A portion of sales from the masala kits are being donated towards various charitable organizations that the Host has worked with in the past, including Trillium Health Partners, World Vision and the William Osler Foundation. Ashish says they’ve already raised more than $2,000 for the foundation from pre-sales of the kits.

“I think this was a good way to do two things that he always wanted to do,” says Ashish. “We wanted to find a way to give back to the community in his way but also preserve his recipes and his way of life,” he adds, noting that his father had always quietly made charitable donations and given free meals to the city’s homeless population over the years. Creating the kits has also helped keep much of the Host’s long-time staff employed amid the dining room closures.

Ashish says that Sanjeev had developed almost 30 different masala blends, which Sanjeev Masala Co. plans to gradually release in the coming months, along with tandoori marinades and sauces.

“There’s a lot that goes into an Indian pantry,” he says. “We want to make everything that was available in his kitchen available to everyone else.”