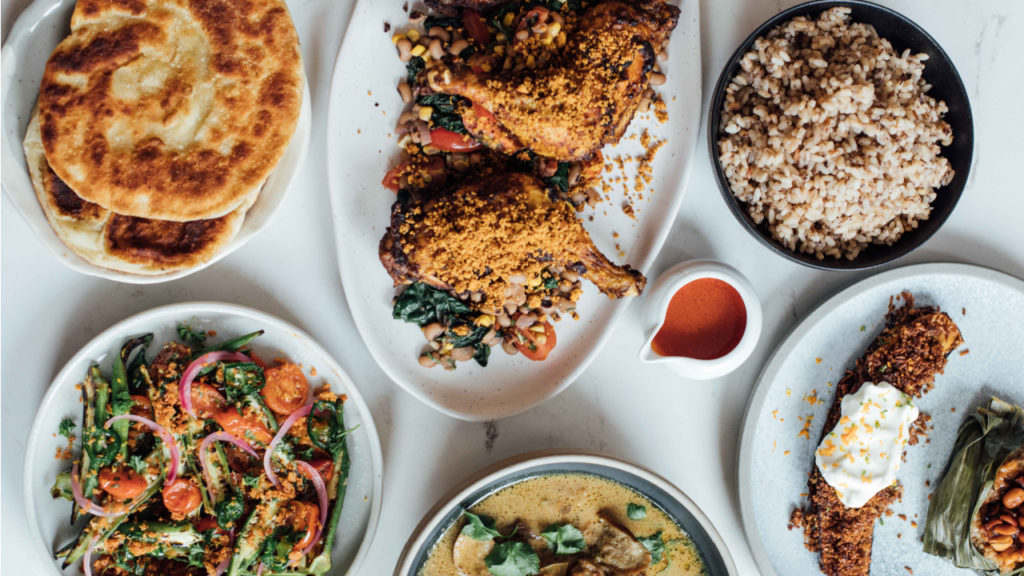 Toronto chef Rachel Adjei is bringing traditional African cuisine to Sara restaurant this weekend. The limited-time menu is part of the restaurant’s You + Me + Sara series, a bi-weekly pop-up dedicated to highlighting Toronto’s lesser-known culinary talents.

This week’s pop-up introduces diners to Adjei’s not-for-profit food initiative the Abibiman Project, which aims to celebrate the diversity of African cuisine and raise its profile on the global culinary stage.

The menu features four courses, each of which comes with notes detailing the cultural significance and origins of the dish. The second course, for example, is a Massale Octopus curry, which draws inspiration from a dish popular in Seychelles and features spices that reflect India’s influences on the country’s cuisine.

Adjei is also featuring two desserts on her menu to highlight the differences between bananas and plantains. The Akwadu, which comes from Guinea, is made from black plantain, while Koba Ravina is a dessert from Madagascar made from steamed banana leaves.

Dinners also come with a cocktail featuring vodka, pineapple, lime and Campari, and there’s the option to add on extras like tea and coffee as well as chocolate bars featuring African-influenced spice blends.

The Abibiman Project also looks to address racial injustices and food insecurity faced by the Black community. With this goal in mind, all proceeds from the project are being donated towards African Food Basket.

Adjei’s pop-up menu at Sara is currently available to pre-order for pick-up on Friday, May 14 and Saturday, May 15 while quantities last.