Sash Restaurant is old school with a new twist | TRNTO.com
Skip to content 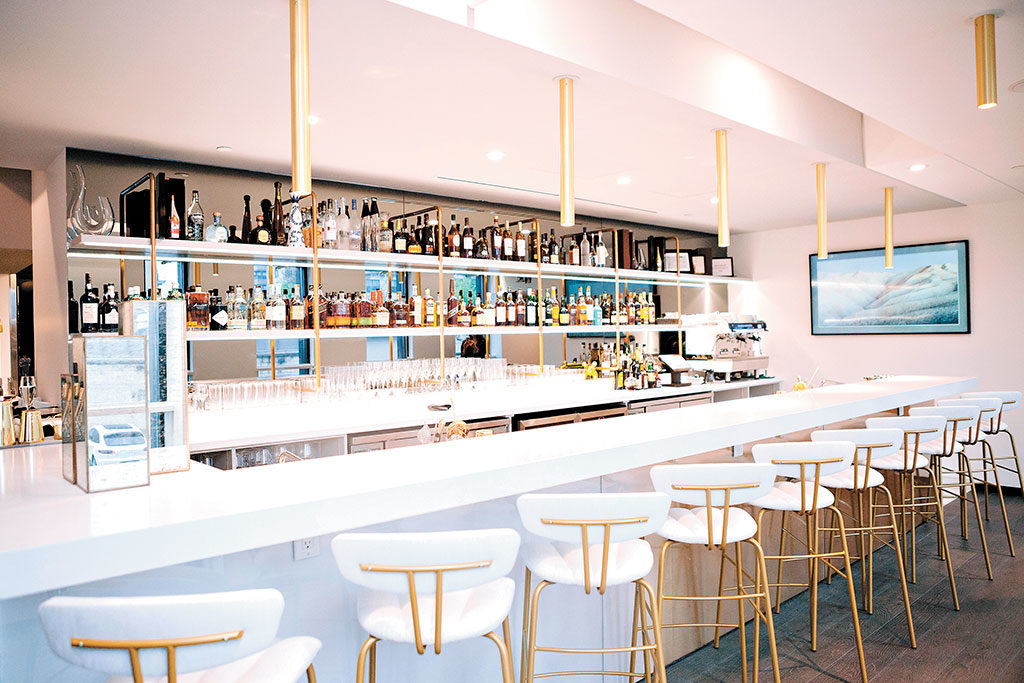 A whisper after 5 o’clock, Summerhill’s new Sash Restaurant is completely empty. OpenTable is probably to blame — the website was adamant that there was only one table left to snag before 6:30. So, here we sit, just us and a small army of servers. We won’t see another patron until 5:39 p.m.

This is the chef-owner Sash Simpson’s first foray into restaurant ownership. He oversaw the kitchen at Mark McEwan’s now-shuttered North 44 for over two decades — having worked his way up from line cook to exec chef — so he’s well versed in the uptown crowd.

His menu angles to bait the Rosedale and Forest Hill set with upscale classics: fancy mushrooms, caviar, foie, tartares (from land and sea), and game meats, all at prices that rival Scaramouche’s… without the view. On closer inspection, many dishes are in fact North 44 carryovers that have been resurrected at Sash. (Chef says although “it’s a very similar style of food; there is no repeated dish.”)

The interiors are awash in greys, with tabletops hugged by white linens, chairs of the high-backed variety, and a giant wall of windows letting in the afternoon light. It’s (also) all very North 44. Even the waitstaff uniforms (black aprons, grey vests with brass buttons that match the light fixtures) are a vestige of ’90s fine dining.

Water is proffered: still or sparkling. With many restaurants offering this free of charge now, we were surprised to see a $10 charge on the bill.

While we wait for the room to fill, baguette arrives alongside a quenelle of whipped truffle butter.

Simpson’s love of all things haute comes across in the menus. One is devoted to oysters (think Raspberry Point, Green Gable, Fanny Bay), another to caviar, with 10 grams of the Russian Osetra at $140 being the most accessible. The rest of the edible offerings take inspiration from across the globe, with a few nods to Simpson’s Indian upbringing.

To start, there’s the Sash Salad, a plate of a half-dozen different greens tossed with sweet peas, pear, and chanterelles that could use a sear. A namesake salad for $16 should wow, but this does not — it would make for an excellent side salad, perhaps. Despite the ratio of servers to patrons (we’re still outnumbered), our waiter, when asked, is unsure which leaves we’re consuming.

A starter-sized ravioli parcel arrives next, a comforting package filled to bursting with more of those sweet peas. The pasta itself is perfection, yielding with just enough chew, and the beurre noisette sauce is decadent without being heavy. The only issue: it could use more salt. Our request for more seasoning is not met with fleur de sel, but a Sifto-filled shaker.

Mains are priced from $36 for a classic chicken supreme to $150 for a Canadian prime cowboy steak. After inquiring about menu standouts, our server suggests the Chilean sea bass — one of chef’s signatures — and the roasted lamb. The former arrives atop a delicate pool of Madras curry, the fish perfectly tender and the curry light enough to let the fish shine while still boasting a backbone of flavour. A triplet of oblong vegetable pakoras add substance, while a few fingers of fried okra add crunch.

For the lamb rack, lollipops are splayed out nicely atop a mound of white bean ragout with fiddleheads. Minty chimichurri enhances the medium-rare meat, which tears off the bone with ease. This dish — and all the rest — has very good moments, but needs something more to truly satisfy.

During our stay, chef Sash is nowhere to be seen, in either the open kitchen nor the dining area. As he leads a restaurant that aspires to heights it doesn’t quite reach, it may do him well to make an appearance  working the pass or simply working the room.