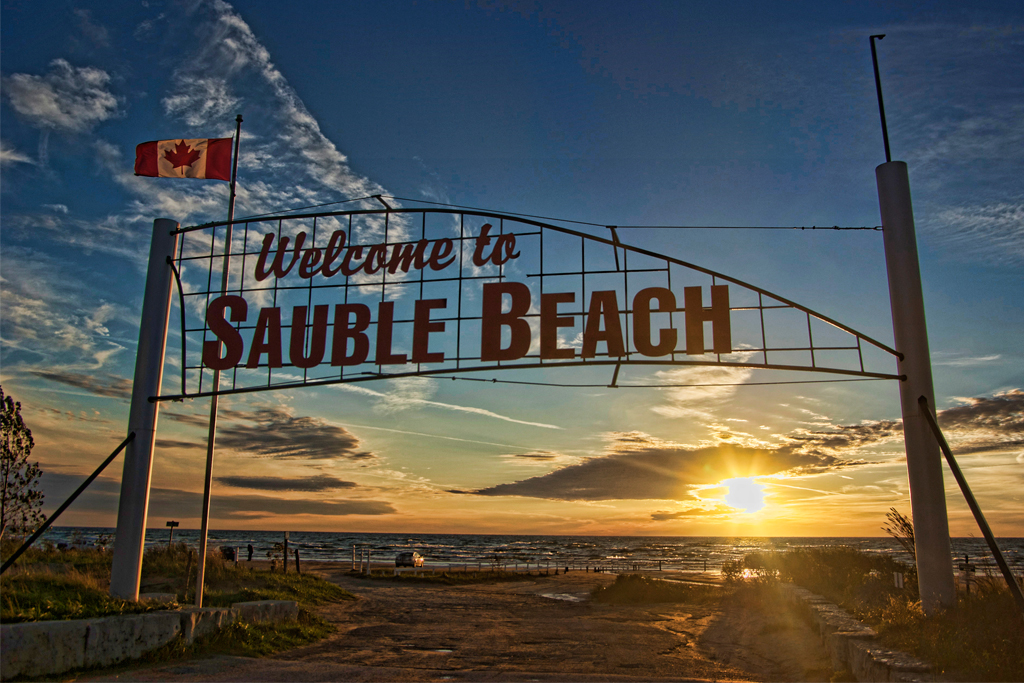 Sauble Beach in South Bruce Peninsula, about a two-and-a-half-hour drive from Toronto, is temporarily closing after the town’s mayor claimed that day-trippers “flagrantly” defied restrictions. Mayor Janice Jackson made the announcement in a Facebook post on Monday.

Pointed post from South Bruce Peninsula Mayor Janice Jackson as she announces Sauble Beach is now closed after daunting crowds the last two weekends and out-of-town rule breakers. Jackson says they’re reaching out to the province to see if OPP can help with future enforcement. pic.twitter.com/iSbm6yMJxD

A few weeks ago, the town set out to open the beach in phases. Jackson says she wanted to see if people could adhere to COVID-19 restrictions and guidelines, but many, instead, witnessed the “recklessness of beach-goers” over the last two weekends.

“Most of our residents followed the rules and we thank you for that but the day trippers flagrantly defied our restrictions and took over many parts of the beach,” Jackson said, adding that their enforcement team is “taxed” and that six officers wrote 28 of the 91 tickets in total.

“Council is incredibly worried at the thought of 60,000 visitors to our tiny beach over the long weekend and how that would inevitably affect our community during this global pandemic,” she said.

Jackson explained that their community has remained relatively virus free and they want to remain that way.

“The ripple effect of having so many visitors from the epicentre of Ontario’s COVID hotbed could create ramifications for our entire town,” she noted.

Some online suspected that the overflow came from GTA visitors, although Toronto is dealing with its own overcrowded beaches.

Thousands of visitors take to the beach in #Toronto as #COVID19 #COVID19Ontario restrictions are gradually lifted. pic.twitter.com/fHRsLkuDzi

At a press conference on Monday, Ontario Premier Doug Ford said that Ontario could see an uptick in COVID-19 cases, after reports of crowds at Toronto beaches over the weekend.

“You look at the pictures, it looked like South Beach, Florida,” Ford said at the press conference, adding that he will talk to Toronto Mayor John Tory about getting bylaw officers at the beaches. “You see what happened down in Florida, there was 4,000 cases in one day the other day.”

He warned that Torontonians must still practise social distancing or “it could turn and bite us in the backside in about a heartbeat.”

In response to the crowds at Woodbine and Cherry Beach last weekend, Tory said in a news conference that it wouldn’t be possible for bylaw officers to cover all of the beaches in Toronto, but they will be patrolling the area to educate members of the public, and will issue tickets if necessary.

Despite the warnings, people are worried that the constant disregard of social distancing will lead to another COVID-19 outbreak.

Ontario has more than 4+ times the number of all provinces but Quebec. The majority in the GTA. If we are (clearly) dumb enough to not follow the recommended processes, we don’t deserve to have everything open up!

Meanwhile, according to the Wasaga Sun, Wasaga Beach is considering new rules for tents on their beach — limiting the size of tents to either eight-by-eight or 10-by-10, as well as limiting how many opaque sides can be on a tent (for by-law officers to check-in on beach-goers to ensure they are following the rules).