Duke of Danforth Saul Korman of Korry's Clothiers passes away at 86 | TRNTO.com
Skip to content 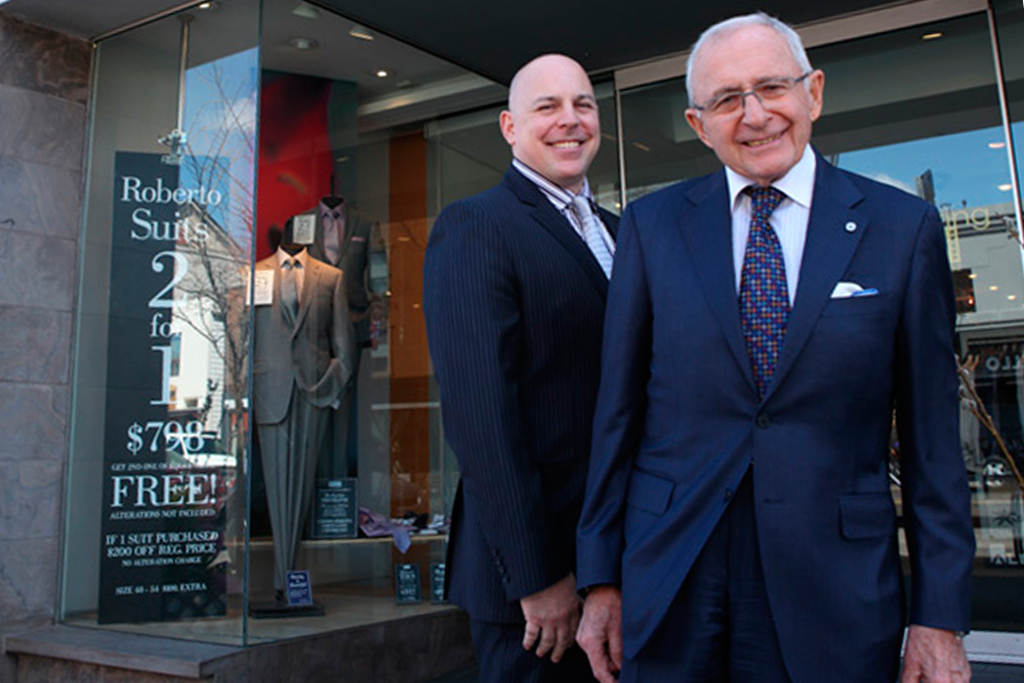 Toronto has lost an icon. Saul Korman, affectionately known as the Duke of Danforth, passed away in his sleep at 86 years of age. Korman was the man behind Korry’s Clothiers to Gentlemen, but he is remembered today for his larger than life personality and love for Toronto.

Korry’s Clothiers to Gentlemen first opened its doors on the Danforth in the ’50s. It did not take long for Korman to invest his time and energy in the people around him, calling many politicians and prominent figures good friends and customers. Mayor John Tory was amongst Korman’s clientele and sent out a tweet mourning Korman’s passing.

We will never again see the likes of Saul Korman, the Duke of the Danforth. He was much more than the owner of a men’s clothing store, one I shopped in.

“He was the ambassador, the salesperson, the inspiration that helped make the whole of the Danforth what it is today: a destination. My condolences to his wonderful family and to all of his many friends. We will miss him, and we will miss hearing his voice on the radio,” Mayor Tory wrote.

Former mayor Mel Lastman first referred to Korman as the ‘Duke of Danforth’, and the name stuck. Not only was Korman well-known for his radio spots, charity and kind personality, he also received many recognitions and awards through the years, including the Queen’s Jubilee Medal.

It is with a heavy heart that I must confirm the passing of Saul Korman today. Saul was a dear friend for at least 40 years…one of the kindest, most generous people I’ve ever known. He suffered so much sadness in his life, losing two of his children and his wife. (more)

Korman was famous for creating his own colourful and personable radio spots and for his large part in bringing tourism to the Danforth. He spent many years helping build the Danforth festival and put many hours into popularizing the festival. He also raised millions for the Michael Garron Hospital and was the hallmark of a charitable businessman.

“We will never again see the likes of Saul Korman, the Duke of the Danforth,” Mayor Tory wrote in his tweet.