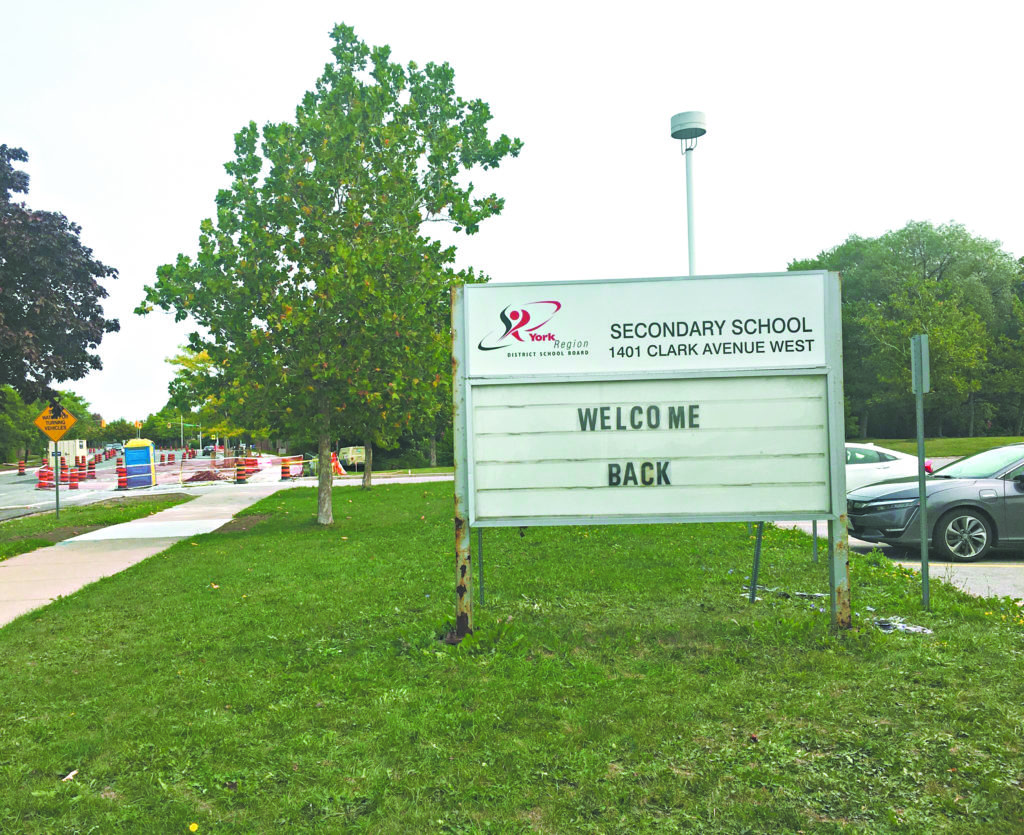 At a Sept. 15 board meeting, trustees voted unanimously to rename Vaughan Secondary School, located at 1401 Clark Ave. W. in Thornhill, following a presentation of a report on the school’s renaming.

“It is important that our education system is responsive to the lived experiences of all of our community members, including students and families of our Black community,” said Juanita Nathan, chair of the school board, in a statement. “Students, staff members and families can continue to feel proud of being a part of this school and a school community that centres equity and inclusivity and shows a commitment to anti-Black racism.”

“Addressing anti-Black racism is a priority for York Region District School Board,” said director of education Louise Sirisko. “The name of a school should be supported by the local community and provide opportunities for students, parents and community members to be inspired to learn.”

A local advocacy group expressed support for the move.

“We’re very happy that the school board and the trustees actually listened to the community and our cry to have it renamed,” said Charline Grant, steering committee member and one of the founders of Parents of Black Children, an advocacy group that supports parents and facilitates equitable outcomes for Black children.

Grant said a protest had been planned had the school board not voted to rename the school, and she hopes other schools, as well as the city of Vaughan itself, are also renamed.

“This sets a precedent clearly. We’re hoping that Sir John A. Macdonald gets renamed. The indigenous community has been asking for that,” Grant said.

The move comes at a time when other city infrastructure, such as streets, are also on the chopping block, and statues honouring figures from history are being revisited.

In Toronto, the city is considering the renaming of Dundas Street after a petition highlighted a similar issue with racism. The claim is that the person after whom the street is named, Edinburgh, Scotland’s Henry Dundas, First Viscount Melville, has a history of working against the movement for racial equality in addition to being impeached as a British MP.

Shernett Martin, executive director of Vaughan African Canadian Association, said the renaming comes after a social media campaign by her organization and its supporters.

“What the renaming accomplished was to educate the public, the teachers and students at Vaughan Secondary School and put the YRDSB on notice that a group of concerned citizens and organizations are watching. We will not sit silent and allow anti-Black racism to go unchallenged in Vaughan and York Region,” said Martin, who said Vaughan African Canadian Association is in the process of undergoing its own name change to remove Vaughan from its name.

“We will not sit by and watch Black students enter a building with the name of a slave owner who chained and incited violence toward their ancestors.”

York Region District School Board said more details about the renaming process will be shared as information becomes available but that, as a first step, the name “Vaughan” has been removed from the front signage of the school.