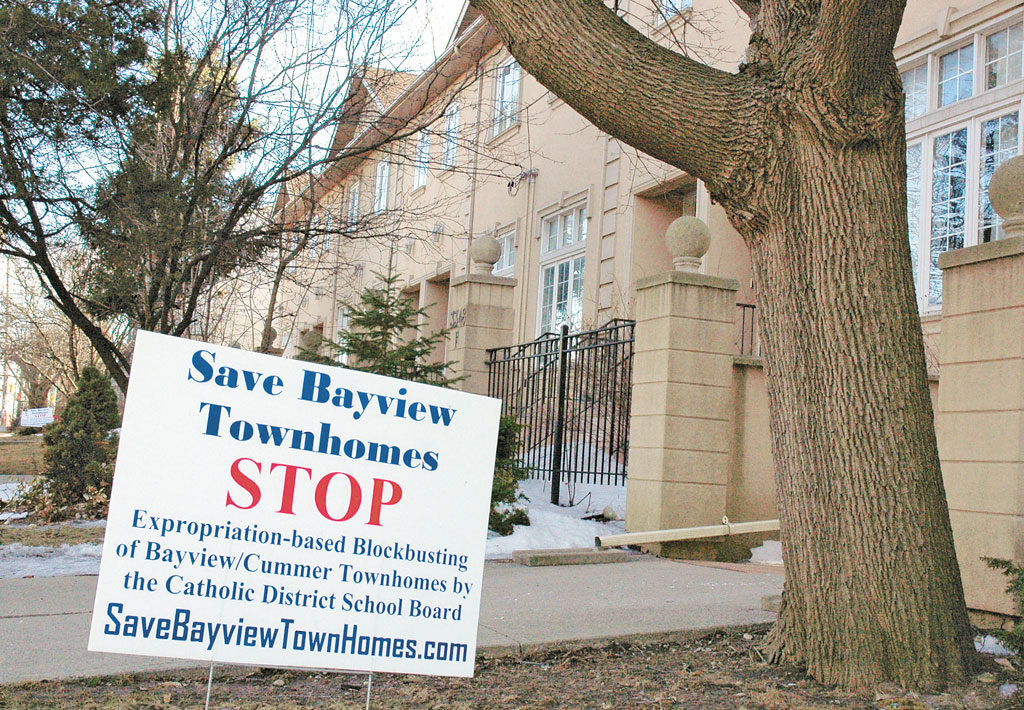 After Toronto Catholic District School Board (TCDSB) served Bayview residents with notices of expropriation to allow for the construction of a school, residents certainly weren’t happy, to say the least. But some have now rallied together, collectively hiring a lawyer to fight the case.

The residents living near Bayview Avenue and Cummer Avenue received the notices of expropriation to allow for the construction of a three-storey, all-girls secondary school that would accommodate approximately 850 students.

Jenni Xi is one such resident working with the lawyer to fight the case and said the whole situation is “unfair.”

“We want to live in the same area but the housing prices make it impossible for us to buy back,” said Xi. “It’s a hard time.”

Five months pregnant, Xi also noted that the surrounding amenities would be incredibly convenient for her as a mother in the future. Just across the street is a supermarket, bank and post office.

But despite her determination, Xi said it’s unlikely that she’ll be able to stay in her home.

“I heard from our lawyer.… Even with objection success in the hearing, [TCDSB] still has the power to expropriate the townhouses. So the decision doesn’t actually really matter,” said Xi.

This is due to the province’s Expropriation Act, which allows a public agency to take possession of a property “for a purpose deemed to be in the public interest,” regardless of whether or not the owner is willing to sell it.

Before the recent demolition, the site was home to an elementary school owned by the Toronto District School Board (TDSB) with a capacity for 400 students — the new proposal calls for double that.

Kathie Shinn is another resident who will have to move out of her home should TCDSB go through with the expropriation.

“I think they’re being unfair because, you know, they purchased that property knowing how big it was,” said Shinn. “These are our homes; they’re not just houses to be torn down.”

A resident of the 12-year-old homes for five years, Shinn is currently on a medical leave from work after being diagnosed with a brain tumour.

“We don’t know whether or not I’m going to have surgery in the future and we have to look for a home too. We have too much on our plate right now.”