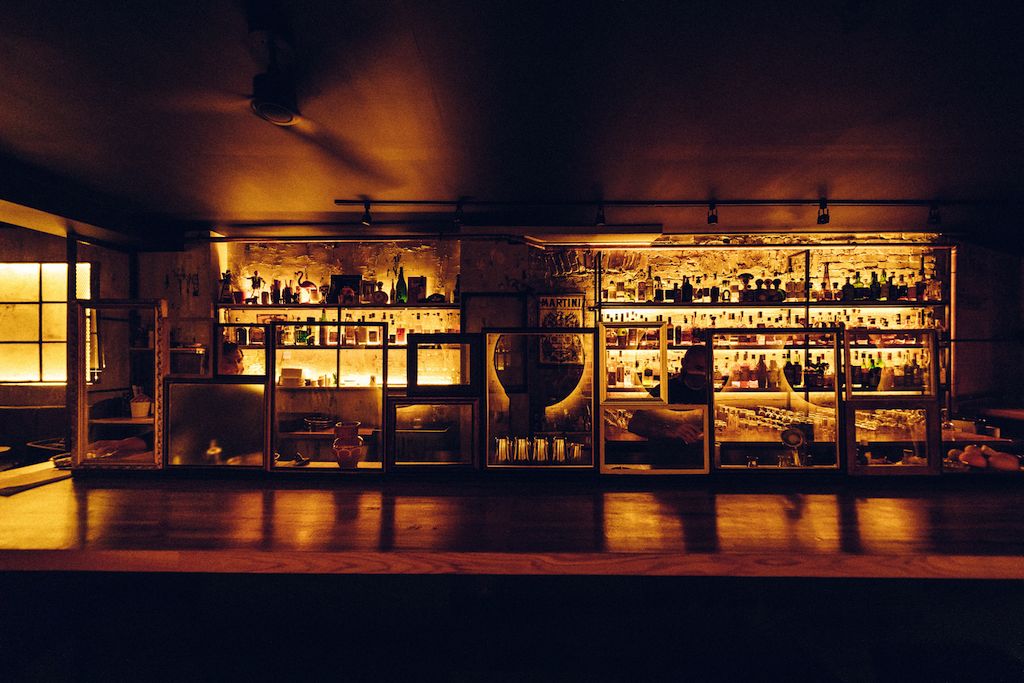 Inspired by the 1920s prohibition era, speakeasy-style “secret” bars have been gaining popularity in Toronto’s nightlife scene for years. Whether fronted by a completely different kind of business like a barber shop or just reminiscent of the romantic, dimly lit bars of the flapper’s decade, speakeasy bars have all the appeal of an anonymous secret hideaway from the rest of the world.

Although the beginning of 2020 was meant to be a glowing resurgence of the roaring twenties, instead the world was hit with a global pandemic of epic proportions. Unfortunately, speakeasy style bars weren’t shielded from the blow, despite all the cloak and dagger ambiance they had worked so hard to create.

Gift Shop, one of Toronto’s most beloved speakeasies hidden behind a barber shop on Ossington Avenue, has closed with no immediate plans to reopen. Others have been operating at a reduced capacity or making use of Toronto’s CaféTO Program, which was introduced this year in an effort to support restaurants with expanded patio space in light of social distancing regulations.

Here are some of the secret bars that have been getting creative to make the best of the situation:

Located behind an art gallery on Dundas Street West, Cry Baby Gallery is one secret bar in Toronto that has made lemonade out of lemons this year, despite a dramatically reduced capacity. Co-owner Rob Granicolo said some of the changes they’ve made in light of the pandemic include the hosting of socially distanced paint nights and art exhibitions, the installation of plexiglass shields at the bar made out of vintage picture frames, and coming up this fall, the unveiling of their harvest patio outside complete with heat lamps and warm cocktails.

“We’re converting our patio into a harvest patio, so it’s basically going to look like a pumpkin spice latte commercial. We’ll have a bunch of warm cocktails, so Mexican hot chocolate, our take on a hot toddy, Irish coffee, and we’re probably going to rotate between mulled wine and hot apple cider,” he says. “We’re going to push that as late as we can. We’re in this landscape now where I’m not afraid to tell people to bring a blanket, bring a toque. Christmas markets go until Christmas day so I don’t see why this can’t work.”

A post shared by Prohibition Social House (@prohibitionsocialhouse) on Sep 21, 2020 at 11:57am PDT

For Prohibition Social House in the east end, the pandemic didn’t stop them from doing a full rebrand, renovation and re-opening in late August. Operations Manager Afron Miftari said that although it’s a “bit of a different ball game” in the business these days, they’re making it work through various measures on a rolling basis.

“We’ve spread out all the tables, we’re constantly keeping the garage doors open, which we’re very fortunate to have because they make people feel really safe. This year we’ve been so fortunate with the CaféTO Program because we were able to get seven to eight tables out on the patio,” he says.

According to Miftari, the Riverside area where the bar is located is extremely tight knit and supportive, and they feel fortunate that the patrons are community minded.

“Everyone is just excited that we’re open and it’s been really great feedback and response, no one has given us any problems with the masks or contact tracing, guests have been very responsive,” he says.

One challenge Prohibition Social House is working through now? Securing heaters for the cooler weather.

“We’re going to keep the patio open until the ice falls off our chins, but heaters have been a nightmare to get a hold of,” Miftari says. “They usually cost $200 and now they’re going for $500 to $600, and they’re saying you have to order a minimum of 20 or you can only get one per week. That’s what I’m working on right now, but we’ll have some in time for sure.”

Another secret bar located in the Dundas West area, Suite 114 has also been operating at a reduced capacity and complying with new rules and regulations surrounding sanitization, mask wearing and contract tracing with the use of an app for guest sign-in. The bar also built a patio from scratch to comply with Stage 2 regulations and have been using it as overflow space given the reduced capacity indoors.

“We’re in the hospitality industry and we’re used to cleaning anyway, so we’re just doing what we have to do to keep our doors open and our customers happy,” says Elijah Stevens, a bartender at Suite 114. “We sort of noticed there was a decline in clientele but considering the situation it’s not that bad. We still have a steady enough flow of clientele, which is a silver lining in all of this.”

Stevens says the bar is taking the situation day by day and waiting for any new guidelines from the premier to see if they will be able to keep operating on a Stage 3 basis.

“We’re just waiting to see what the new situation is going to be because according to Premier Doug Ford they may shut down the industry again but we basically pulled out all the stops so people felt safe and comfortable when coming for a drink,” he says. “If the weather holds we’ll keep our patio open as long as possible but if the weather turns and then we go back to Stage 2 we might have a bit of a problem. We’re just rolling with the punches.”