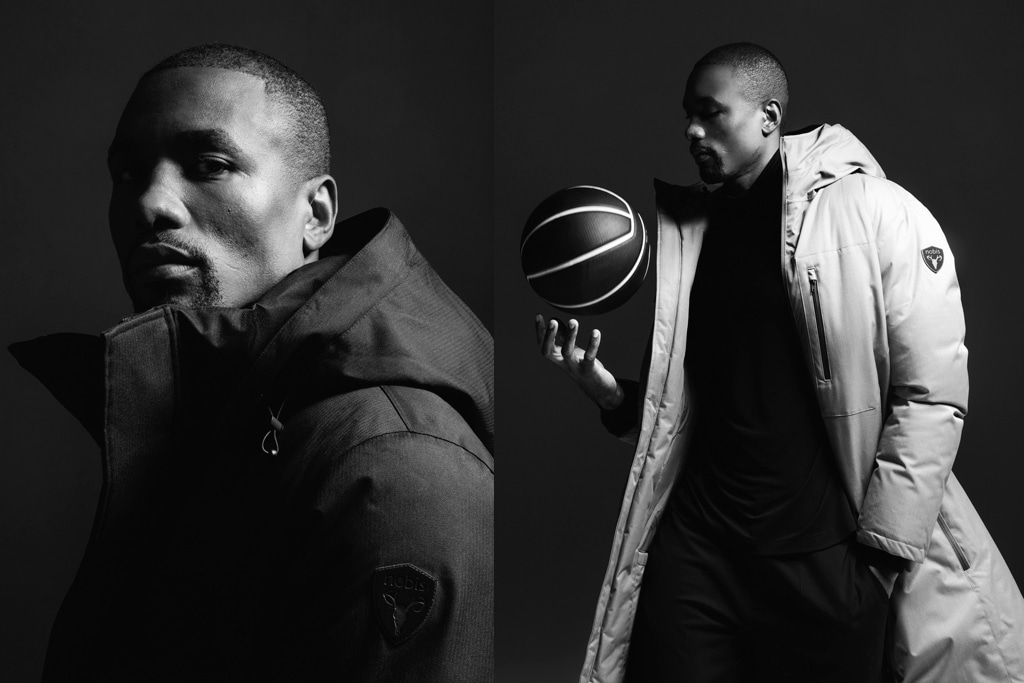 Drake isn’t the only star in the city walking around with the title of global ambassador. Toronto Raptors centre Serge Ibaka has been named the global ambassador for Canadian outerwear brand Nobis.

The NBA champion is known for his fashion flair off the court, which is often best exhibited by the ensembles he puts together for his pre-game looks. So it’s no surprise that a fashion brand took note and nabbed him to be their global ambassador.

Over the next year, fans can expect to see Ibaka modelling parkas and more from the Nobis brand in their upcoming campaigns. The current campaign shows him sporting the Kane and Martin parkas — while holding a basketball of course.

Nobis — which means “us” in Latin — launched in 2007 in Canada and creates premium outerwear and accessories with a focus on function and quality. The company is based in Markham and was selected as one of three finalists of the Markham Board of Trade Global Business Excellence Award.

Though the brand is a local one, it has global reach. Nobis products are available in more than 35 countries across North America, Europe and Asia. Ibaka has noted that his fashion is often inspired by fashion hubs in Europe, as well as the style he sees in his hometown of Brazzaville in the Republic of Congo. Some of our favourite looks from the NBA champion include his mountie-inspired hat and red shirt combination and his many striped co-ordinates.

He doesn’t shy away from a statement-making hat or a loud and colourful print, so we are excited to see what his style sense brings to the Nobis brand throughout the coming year.

Ibaka is quickly becoming our favourite Raptor with his off-the-court personality, including his persona as Mafuzzy Chef. If you’re not in the know, check out his YouTube series How Hungry Are You? where he cooks for celebs and fellow NBA players.