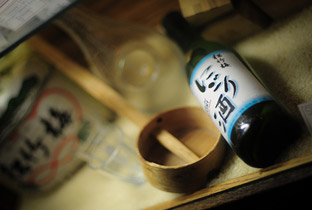 Wine tastings are so last Tuesday. This Monday, Vintages is offering something you may have never encountered before: a sake tasting event, presenting dozens of sakes by nine premium producers. If you think sake is “just a novelty drink,” or if you’ve only had it served hot, then you haven’t had the real stuff. The good thing is that sake is finally catching on in Toronto. Here are some fun sake facts that might surprise you.

1. In Japanese, the word sake can refer to all alcoholic beverages. You can say nihonshu to refer specifically to Japanese sake. Other words to throw around are koji (the secret ingredient: mold), futsu (table sake, the cheap stuff), and junmai (made with only rice, water and koji mold; this is the good stuff).

2. Sake has been around for thousands of years, but you’re not supposed to keep it in your wine cellar for years. Drink it now!

3. Sake should generally be served cold, like white wine. It may be served hot for three reasons: to give comfort in cold weather, to mask the flavour of impurities in low-grade sake or to amuse silly gaijin (foreigners) who think they’re experiencing Japanese culture.

4. Many people think of sake as being clear, like vodka, but you should also try the unfiltered cloudy variety, nigori (kind of like orange juice with the pulp left in), which looks like watered down milk.

5. Sake is not just for sushi night. Apart from spicy dishes which might overwhelm it, sake goes well with many kinds of food, especially seafood and grilled meats. But the best sake should be enjoyed on its own.

6. Japanese etiquette is that you pour sake for others but not for yourself. Pour with your right hand (supported by your left hand to show greater respect). And don’t let their cup get empty; top it up as soon as there’s room. Then politely nudge your neighbour’s ribs until they reciprocate.

7. Instead of calling it rice wine, we should call it super-hooch. It generally has more alcohol than wine, it’s brewed like a beer, it’s available cheaply for bingers and in premium grades for connoisseurs and it gives you an excuse to use (or shout) fun words like “kampai!”