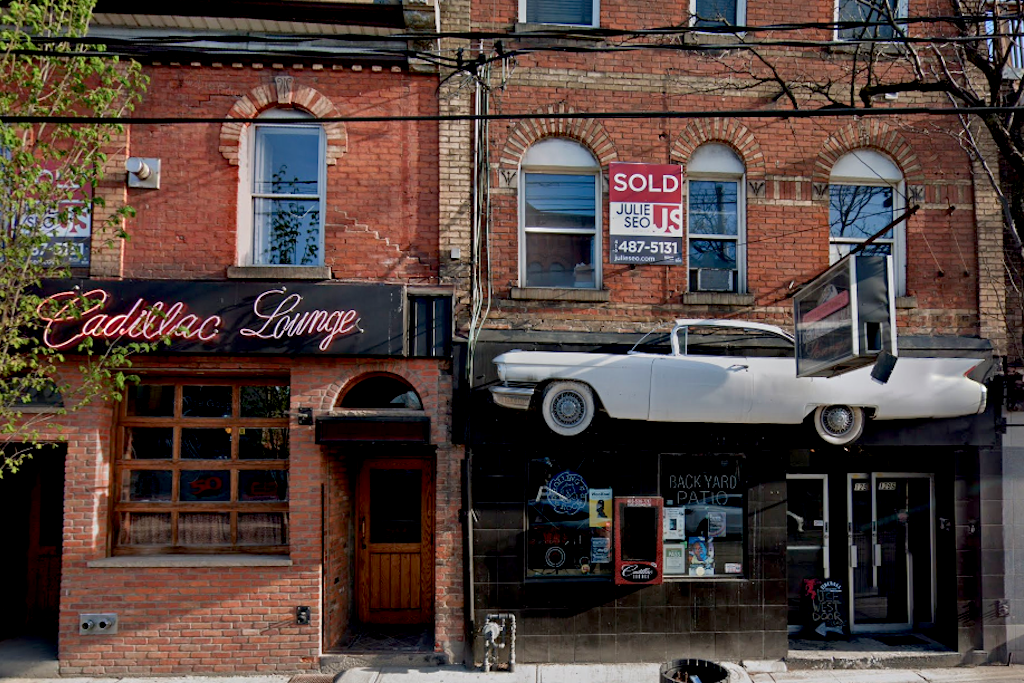 The former home of a beloved Parkdale bar may be turned into a seven-storey mixed-use tower. Long-running Parkdale favourite the Cadillac Lounge closed its doors last July after almost 20 years in business. Now, a developer may be applying to rezone the iconic bar’s one-time address.

According to Toronto city councillor Gord Perks’ website, a developer is proposing a potential transformation of 1296-1314 Queen St. W., which includes the old Cadillac Lounge building and neighbours like Guu Izakaya and Copenhagen Cafe.

The current proposal could include a seven-storey (plus mechanical penthouse) mixed-use building with hotel suites, event and retail space, and townhouses, as well as underground parking, according to the councillor’s site.

A pre-application meeting will be taking place on Thursday, Jan. 23 from 6:30 pm to 8:30 pm at the Parkdale Library Basement Auditorium, giving the community a first look at what the developer is proposing for the site. The meeting will include a presentation from the developer, followed by a Q&A led by Perks.

Considering how dramatically a seven-storey building would change the low-rise cityscape of Parkdale, it will be interesting to see how the community responds next week.