Seven Toronto medal hopefuls to watch at the Pan Am Games | TRNTO.com
Skip to content 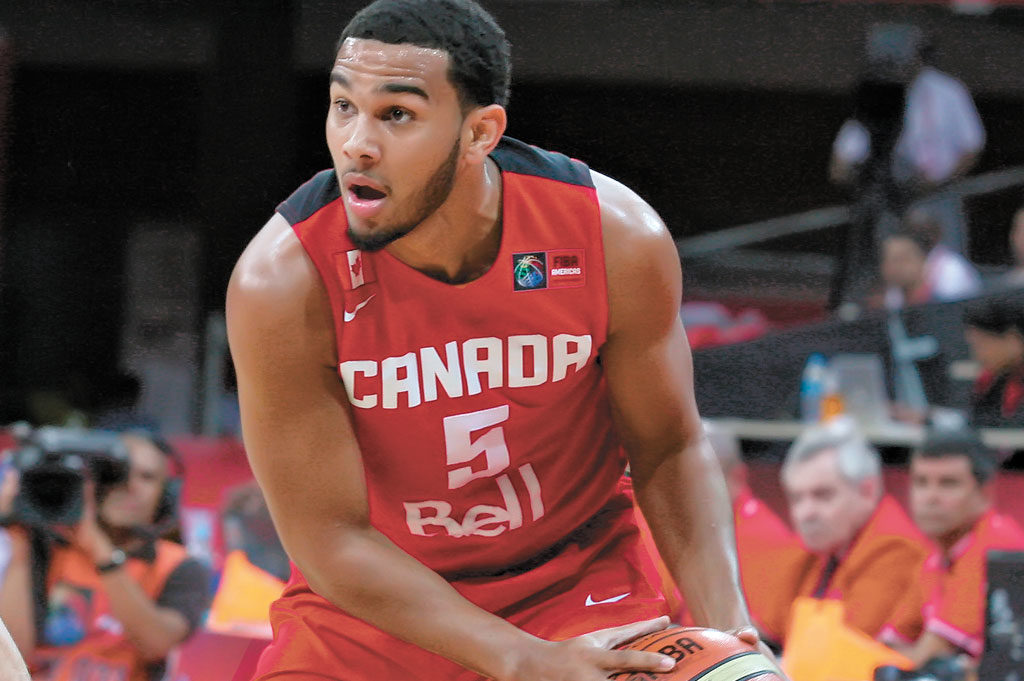 The Toronto 2015 Pan American and Parapan American Games are upon us, and of the more than 700 athletes that make up the Canadian team, the largest in our nation’s history, Toronto is well represented. Here are the hometown athletes to keep an eye out for as they compete for our country on home soil.

Rallying to the top
Forest Hill’s Sharon Fichman is gearing up for her doubles performance with Gabriela Dabrowski. “I always want to do my very best each time I step on the tennis court, and the Games are no exception. It is exciting that I will be able to play for my country in my hometown, and I am hoping that that excitement will carry over as an asset to my tennis throughout the event,” she says. Thornhill’s Peter Polansky will be returning to tennis after nearly nine months of recovery after a wrist surgery. “I think the Pan Am Games is a great event to debut in and continue with the summer hard court circuit,” he says.
The action begins with men’s single matches on July 10 at the Rexall Centre.

Shootin’ some hoops
Canadian basketball players have been making waves in the NBA with players like Toronto’s Anthony Bennett and Vaughan’s Andrew Wiggins being the first overall draft picks in the last two years. During the Pan Am Games, fans have a chance to watch these players on home court. The roster has yet to be finalized but the team is also hoping to include Brampton’s Tristan Thompson who made a big name for himself in the NBA Finals playing alongside Lebron James and Pickering’s Cory Joseph whose current team is the San Antonio Spurs.
Catch them playing at the Mattamy Athletic Centre beginning July 21.

Putting women’s rugby on the map
These Games mark the first time women’s rugby sevens will be included in the event lineup, and the Canadian team is a gold medal contender after winning their first ever cup title in Amsterdam in May. “Being a part of this historic event for the first time, the feeling is indescribable,” says Sara Kaljuvee, a player on the team. “This will have a huge impact mentally, physically and emotionally on how to prepare for an event of this calibre, and we can use this experience going forward when preparing for the Olympic Games next summer.”
Preliminary matches will begin on July 11 on the pitch at BMO Field, Exhibition Stadium.

Defending gold medallists
Richmond Hill’s Michelle Li will be hitting the badminton court with her doubles partner, North Toronto’s Alex Bruce, to defend their gold medal from the 2011 Pan Am Games in Guadalajara, Mexico. Last year, Li became the first Canadian woman to ever win gold in a badminton singles event at the Commonwealth Games, and she is also the most successful Canadian badminton player to date.
Catch them hitting the birdie starting July 11 at the Atos Markham Pan Am/Parapan Am Centre.

Hitting the target
North York archer Crispin Duenas says that competing at home will give him an added advantage. “I’m extremely comfortable here and that gives me the utmost confidence to perform at my best,” he says. Duenas is a two-time Olympian and a two-time Pan Am silver medallist from the 2007 and 2011 games and is ready to add a gold to his resumé.
Target practice begins on July 14 at Varsity Stadium.

Canoeing for Canada
Welland will be home base for all canoe and kayak events, including Adam van Koeverden in the kayak sprint. With four Olympic medals and eight World Championships to his name, fans will definitely be making the drive to watch him race for gold. Van Koeverden says he’s excited to compete for a hometown crowd.
The races begin on July 11 at the Welland Pan Am Flatwater Centre.

Sink or swim
Emma Wright and her sister Claire have both been named to the women’s water polo team, and this will be their first Pan Am performance. “My favourite thing about competing in Toronto is that it is close to home. It also allows my family to come watch me play, which does not happen very often,” says Emma.
The women’s preliminary matches will begin on July 7 at the Atos Markham Pan Am Centre.

Andre de Grasse
Watch him race the 100 metre dash on July 21 at the York University Stadium.

Rosie MacLenna
Catch her on the trampoline on July 18 at the Toronto Coliseum.

Jenna Caira
Head up to Ajax to watch Jenna Caira and the women’s softball team on July 19 at the Pan Am Ballpark.

Sam Schachter and Josh Binstock
Watch this pair at the Beach Volleyball Centre on July 14.

Kadeisha Buchannan, Ashley Lawrence and Robyn Gayle
Catch these T.O. soccer stars and the rest of the women’s soccer team on July 11 at the Hamilton Pan Am Soccer Stadium.

Jagdish Gill
Over at the University of Toronto’s Pan Am Fields on the St. George Campus, you can watch men’s field hockey on July 14.

Shawn Hill, Chris Leroux, Pete Orr and Tim Smith
The men’s baseball team, along with these GTA players, will play their first game on July 11 at the Ajax Pan Am Ballpark.