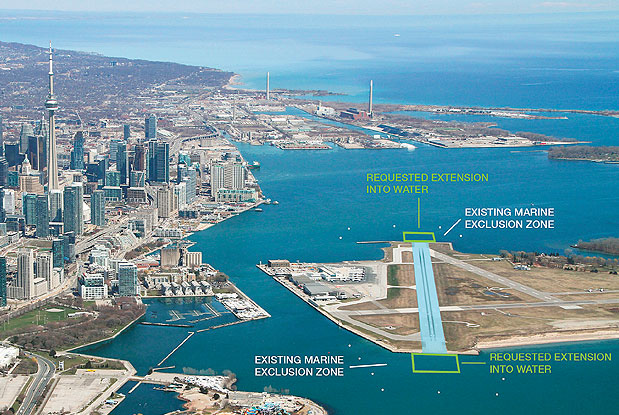 Perhaps the most important way of distinguishing between candidates — whether for mayor or for councillor — is what they have to say about imminent decisions Toronto City Council will have to make in the next year. Three large infrastructure projects loom large: the Gardiner Expressway, the Island airport and the Scarborough subway extension.

“All are unavoidable decisions which can’t be kicked down the road,” says Ken Greenberg, one of the city’s foremost urban designers. “These decisions have to be made, and each will say a great deal about the future of the city. They speak to the values the city will be pursuing in the next decade.”

All three issues are very local in nature but with citywide impact.

The Gardiner Expressway is falling apart, and the question is whether the section between York Street and the Don River should be kept and rebuilt or whether it should be dismantled. The section east of the river was dismantled almost a decade ago, and few lament its passing. The cost of rebuilding is in the order of $500 million or more; the cost of taking it down and creating new boulevards is significantly less. City planning staff as well as Waterfront Toronto staff both argue it should be dismantled.

Greenberg notes that about 100 cities around the world have made the decision to take down and scale back inner city expressways like the Gardiner, realizing it is mid–20th century infrastructure that no longer makes a positive contribution to city life, and they prefer to spend money instead on transit alternatives.

“I learned, when I worked in Boston on the Big Dig (where the overhead expressway was placed underground at a cost of some $8 billion), that it takes so long to do the work, that people change their habits and make the transition to transit,” he says. “The best thing to do is to just take it down.”

There’s much pressure from Robert Deluce’s Porter Airlines and the federally controlled Port Authority to expand the Island airport and allow jet traffic. The impacts of these decisions, if made, are well-documented by city staff and others. The extension of the runway by 200 metres at either end and the marine exclusion zones, which extend much further (for safety purposes), mean that recreational boating is almost certain to be prohibited in the Western Gap, and in the Toronto Bay itself the ferries must be rerouted to stay out of the exclusion zones.

The fuel trucks, the taxis and the buses will make life in the Bathurst Quay neighbourhood difficult, especially once the jets start carrying charter holiday trips — the likely clientele of the expanded airport. The many flights over Ontario Place, which has been given a new life by the provincial government, will certainly dampen the enjoyment of that place.

“An expanded airport with jets undermines the 40 or 50 years of work that has been done on the waterfront,” says Greenberg. “The transformation has been happening from Burlington to Oshawa, and this change would drive a wedge right in the middle. The province has invested hundreds of millions in the Pearson to Union Station train link. Expanding the Island airport doesn’t make sense.”

The problem with the Scarborough subway extension, says Greenberg, is that Toronto City Council has already made a ludicrous decision, confirmed by the province, to spend $3 billion on a subway that serves fewer people with worse service than would light rail transit.

“It’s a trophy subway,” he says. “I don’t know another city which is rich enough to do this kind of thing. We should be spending our money on appropriate technology that gives the best service at the most reasonable cost. Metrolinx plans to spend $2 billion a year on transit in the Greater Toronto Area, and this is one and a half year’s expenditure — which will deprive money from things we really need, like a downtown relief line.”

He thinks that decision must be reversed and we must stop thinking short term on transit.

These are three critical decisions the council elected on Oct. 27 will make within a year. It’s worth looking closely at what favourite candidates are saying, to ensure we vote for candidates who will make decisions that will make Toronto a city we can be proud to live in.

Post City Magazines’ columnist John Sewell is a former mayor of Toronto and the author of a number of urban planning books, including The Shape of Suburbs.