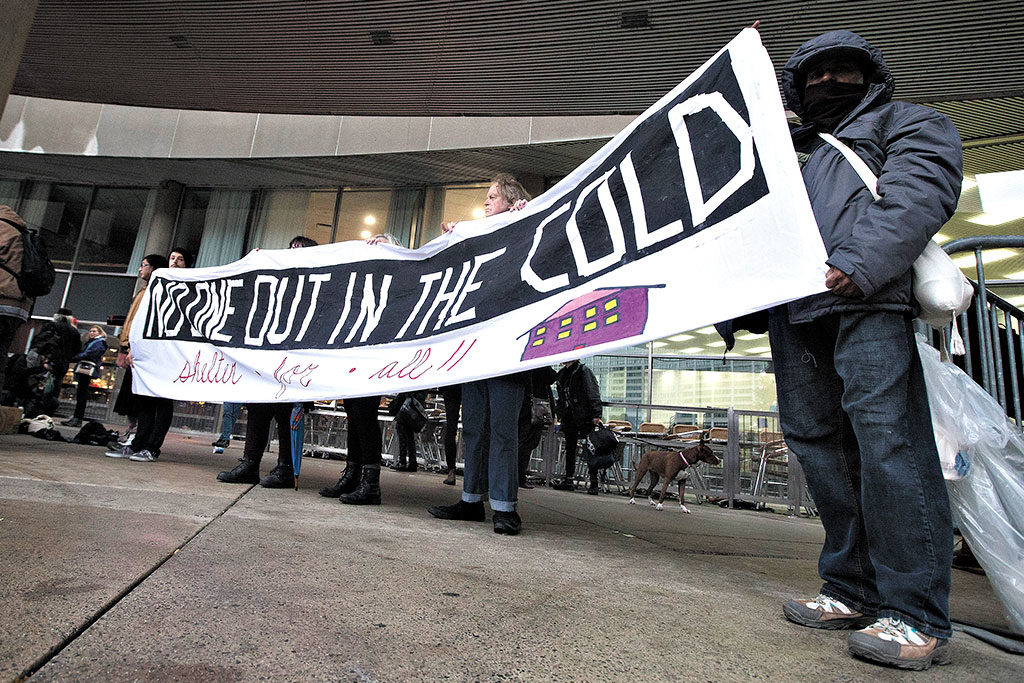 If you were a Toronto city councillor, you’d be spending time over the next few months cogitating what council might do about affordable housing. Most councillors don’t have personal experience with homeless people or low-income families trying to find an apartment they can afford, let alone experience about how these problems can be reasonably addressed. The mega-council has generally taken a hands-off attitude to these problems, hoping other levels of government will step in.

The result has been that the affordable housing owned by the city — some 30,000 units of mostly public housing, occupied by households with incomes well below $20,000 a year — is in such bad repair that this year several hundred units have been demolished. The few examples of redeveloping public housing, such as Regent Park, have actually reduced — not increased — the amount of affordable housing.

But this must now change.

1. The federal government has announced plans to sink money into the repair of existing units and even to provide funds for building new affordable units. Will Toronto City Council be up for the challenge? Will good staff be hired to create and implement new policies to ensure the money is well spent? That’s the first big challenge for council in 2018.

2. Next on the agenda is the dismal state of the property tax system — not the mill rate for 2018 and the amount of tax to be collected, but the way taxes are set. The modus operandi is market value assessment, and when properties around you start to sell for millions of dollars as developers buy properties for condo development, the property you rent for a small retail enterprise will also rise in value, and the property taxes will rise dramatically.

Tenants generally have leases making them responsible for property taxes, and in many cases those taxes have risen in one year from $22,000 to $40,000. Many small businesses have shut down or moved away. Some tweaks to the current system are possible, but what’s needed is something radically different that will protect small property owners. This is a big challenge for city council, but it must be dealt with.

Who will tackle it and how?

3. A few months from now there’s another problem that will land on the councillors’ desks: the city planners’ ideas about a new plan for the downtown. Certainly the current arrangements encourage too many towers in the sky containing tiny expensive units when we need larger more affordable units in more modest structures and more city services. But changing development permissions is always difficult. If city council proceeds with a new plan, there are bound to be fireworks. It’s more likely that city council decided simply to do nothing. Will council drop the ball?

4. A continuing challenge for council is transit, particularly finding the money to provide more of it. Should $3.5 billion really be spent to provide one more subway stop in Scarborough or could that money be put to better transit use? Will the replacement for Andy Byford (who heads out to manage the New York City system) be able to stand up to city council and how it wants to spend transit money?

5. Another challenge is how the police service spends money. The Toronto Police Association complains there aren’t enough officers on the street to do the policing work that is needed. But many officers are working when they are not needed. Later this year, negotiations will begin on a new labour contract with the police association.

The Safer Ontario Act, which should be passed by the legislature this spring, requires city council to adopt community safety plans, so there’s a perfect opportunity for councillors to set new rules. It’s a big challenge for councillors to talk about policing, but we need them to.

We will all be distracted by minor issues in 2018, but these five big challenges are what we should keep our eyes on.