Sewell on City Hall: Ask John Tory — for whom the toll serves? | TRNTO.com
Skip to content 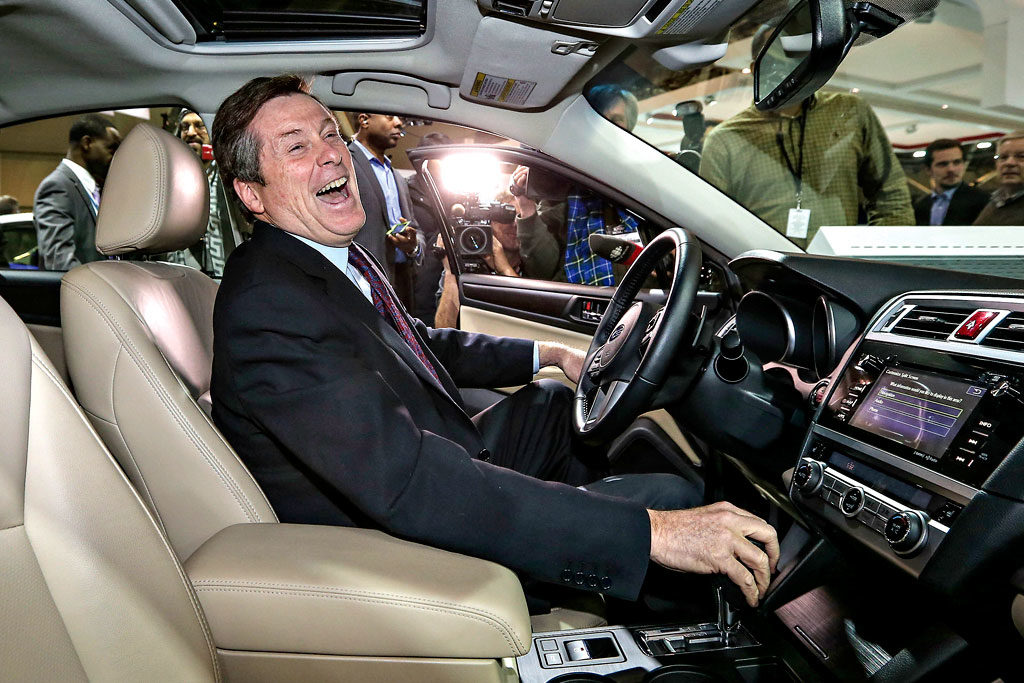 The easiest thing to do is to pick a fight with a neighbour and allege they are not carrying a fair share of the weight. For some politicians it seems a default position.

As it was with Mayor John Tory when he proposed that Toronto should levy tolls on the Don Valley Parkway and the Gardiner Expressway. He didn’t advance the usual arguments for tolls — that the charge will divert drivers to use public transit and that congestion will be reduced. (I, as a supporter of road tolls, agree with those arguments.) He argued that the toll would ensure that non-Torontonians paid their share of the cost of driving on city roads.

The city’s neighbours immediately realized what was happening, responding with lots of complaints. It seems that almost half of the tolls will be paid by them. Mississauga mayor Bonnie Crombie said she wanted to respond by tolling people travelling to Pearson Airport, but the major expressways outside of Toronto were funded by, built by and are owned by the province.

Mayor Tory could have easily employed the usual arguments for tolls, but I think he wanted the main message to be that this was a revenue scheme that Torontonians would not have to bear, much like the hotel tax that he is advocating.

I would call it small-mindedness. There are about six million of us living in this large metropolis, and it serves no one’s interest to pit one group against another. Yes, our urban forms might be different, with too many people living in low-density suburban housing built since the 1950s, a form that requires people to use cars for reasonable transportation, a form that is much more expensive for governments to operate than the higher-density mixed-use housing the city built before 1950. But that is not the fault of the residents — it’s the fault of the politicians who approved those developments.

Today we need a common cause: all politician representatives in the mega-city should agree to oppose sprawling development and to intensify the existing sprawl. Picking a fight with them, as the mayor has done, is the wrong approach.

But there are other problems with the mayor’s strategy.

A toll of $2 per vehicle would produce an estimated $200 million a year, once the $50 million or more is spent for the tolling equipment and it is installed in about five years. Mayor Tory wants the money generated used only for transit and roads.

There are easier ways to generate this money. First, replace the proposed Scarborough subway extension favoured by the mayor with the light rail system that provides much better transit service to that part of Scarborough and costs $1 billion less. Second, tear down the eastern end of the Gardiner Expressway, for a savings of another $1 billion. These two changes would generate as much money as 10 years of the proposed tolls.

Another problem pointed out by some councillors is that the city has an immediate cash crunch, which is why the mayor is proposing to cut services, including transit service. His road toll proposal does not address this financial shortfall. Councillors Gord Perks and Shelley Carroll have called road tolls a diversion, strategically announced by the mayor at the same moment the 2017 budget is being processed.

This is not a good entry to 2017. The few months on either side of New Year’s Day is the last period before the next election one can expect the mayor to talk about ways to raise more revenue to address city problems.

Our city has the highest rates of child poverty in the country. We are making no headway in the provision of affordable housing. The proposed budget will cut more than 200 parks and recreation staff and will raise transit fares. Instead of addressing these issues, the mayor has talked road tolls to fund road repair and capital costs for transit.

Spending his political capital on attacking the city’s neighbours with road tolls is a sad and wasted opportunity by Mayor Tory.