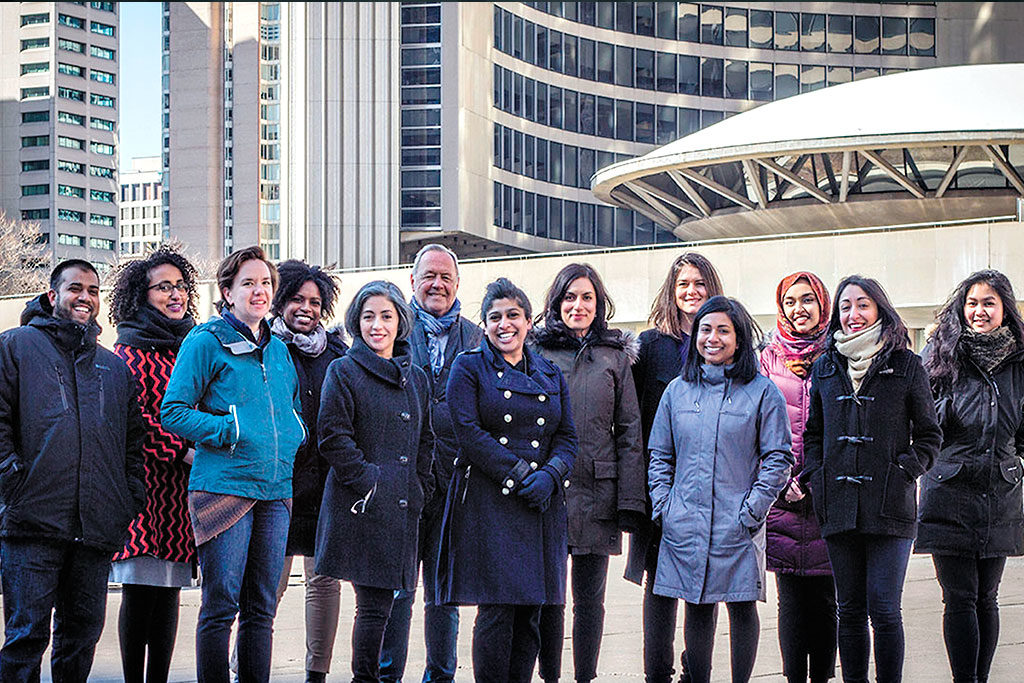 In these days on the edge of spring, with a fraught political world lacking the values of love and peace, something solid and unchanging seems more desirable.

Those characteristics certainly describe Toronto City Council. Solid, even stolid, and unchanging in the face of elections. A quarter of current councillors have been there since the millennium, some even longer.

One can always be hopeful about groups like Progress Toronto which wants to bring new energy to city hall in the upcoming election, but the chance of that coming to fruition is small.

The reasons for the lack of change aren’t hard to find. Councillors build up lists of people they have helped in various ways — the four-year term gives them lots of time to do this — and many agree to take an election sign showing the incumbent has wide support. That’s a benefit not available to a newcomer.

The collapse of newspapers means there’s no good way for new candidates to publicize alternative approaches about local issues to show there are choices. Incumbents have better opportunities to raise the funds needed for strong campaigns.

If everything feeds into the interests of incumbents, then political newcomers don’t have much of a chance.

For change, one must rely on incumbents leaving. Raymond Cho in Scarborough was elected to Ottawa, so there’s an opportunity for change, as there is with the death of Ron Moeser, also of Scarborough, and Pam McConnell of Cabbagetown.

Shelley Carroll, Giorgio Mammoliti and Denzil Minnan-Wong, both of North York, are candidates in the June provincial election, which will provide more opportunities for newcomers if either is elected.

Justin Di Ciano of Etobicoke is being investigated by police regarding election irregularities, and if charges result, this will represent a serious problem for him in the election.

Mary-Margaret McMahon of the Beaches is one councilor who promised two terms, and they are now up, and she is leaving. She’s a person of principle.

To get the whole city council to vote for term limits would mean most councillors voting against their own self interest. Unlikely.

All of which means there are 10 opportunities among the 47 councillor positions that might bring change — although newcomers might simply mimic the old. You can’t expect people to change — we all just carry on in our modest tracks. So we can expect more of the same at city hall for another four years.

Where will we find the fresh voices to deal with the city’s significant financial problems? Or to improve public transit, address the affordable housing crunch, fix the potholes or save pedestrians by slowing down traffic?

If it really happens that Doug Ford becomes premier, one can be sure he’ll make all kinds of changes that will make life more difficult in the city, compounding the problems.

Sadly, it’s a tired city hall governing the mega-city. Maybe being solid and unchanging are meritorious characteristics in these times, but those values will not bring about a more progressive city that many of us yearn for as spring arrives.