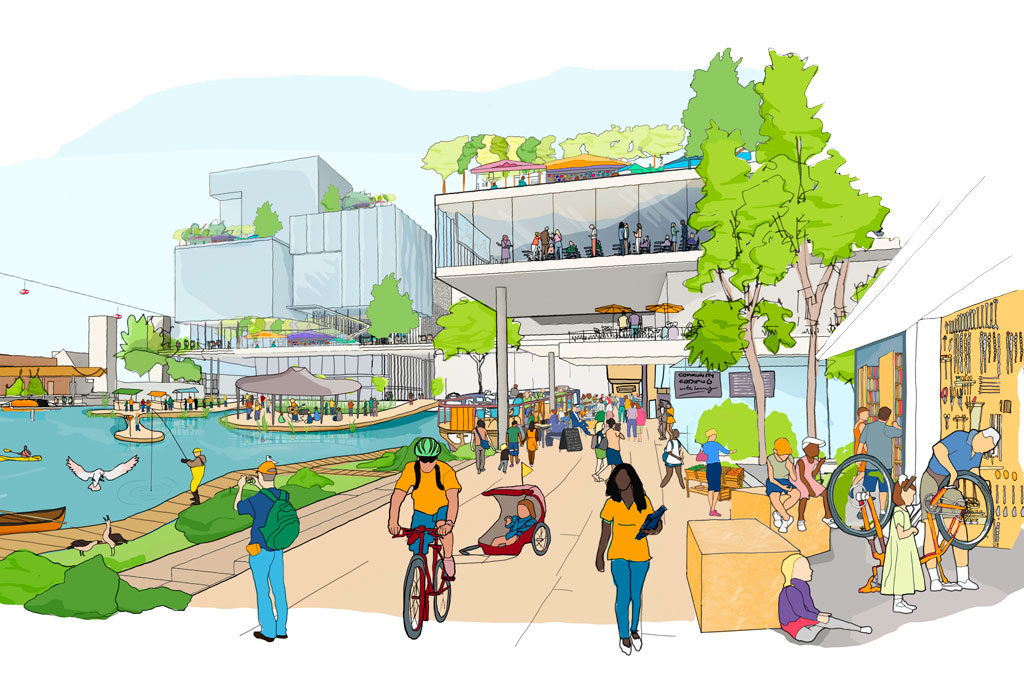 We need big new ideas about the city, and there are two ways of getting them. One is to take up the offer from the Google subsidiary Sidewalk Labs, which has proposed an innovative community on 16 acres of former industrial land at the mouth of the Don River.

Sidewalk Labs has an arrangement with Waterfront Toronto to build a new residential neighbourhood along with a Google Canadian headquarters. It promises to be a model that will “revolutionize” how cities are built using digital tools to build less expensive (maybe even affordable) housing, better traffic control and more efficient waste collection.

It certainly is a big idea, and it is endorsed by Mayor John Tory and other leaders, although there are questions about how it will work and how the plans of private sector Google will mesh with the public sector and city life.

Another way of thinking big about the city is to address some large problem in a bold and more traditional way.

Here’s the big change I think the city needs: a lot more affordable housing. Where to locate it?

In the near suburbs, the parts of Scarborough, North York and Etobicoke that were built in the 1950s and early 1960s. They are low-density areas, often smaller single-family houses on large lots built in the Don Mills style and small strip malls.

They are ripe for redevelopment to create a more compact urban form and a much more workable urbanity. Development here will take off the pressure to build so many tall condos with tiny units in the downtown

Our civic leaders need to work out the planning mechanisms with developers, resident groups and social and housing agencies to permit mid-rise six- to eight-storey buildings to be constructed without hassle and delay along arterial streets.

They should include lots of two- and three-bedroom units to accommodate families.

Now that Jennifer Keesmaat has resigned, the city needs to hire a new chief planner who is capable of leading the consultative process to get workable planning solutions within a six-month period.

We’ll also need innovative funding in the form of mortgage financing and grants, too, to make this happen. As well as non-profit, co-op and rental housing, financing should permit a goodly number of units for sale, since those looking for affordable housing are just as interested in owning their housing as others. Our civic leaders need to start some bold negotiations with Canada Mortgage and Housing Company — that is federal officials and maybe the provincial government as well.

Can this ever happen in Toronto? Forty-five years ago Mayor David Crombie led the initiative to get the city of Toronto into a powerful and popular program of building affordable housing. What’s needed today is that kind of good, strong leadership.

At the moment, neither Mayor John Tory nor his putative opponent Doug Ford seem interested in this kind of big idea.

It’s easier to side with Google on waterfront design as the way of the future. But much more than that is needed.

Now, a year out from the municipal election, we need to start asking our civic leaders — not just those who express an interest in being elected mayor, but also those interested in serving as councillors — to get serious about this big issue that can revitalize the near suburbs and provide the housing that Torontonians need.