Sewell on City Hall: How T.O. stacks up against N.Y.C. & London | TRNTO.com
Skip to content 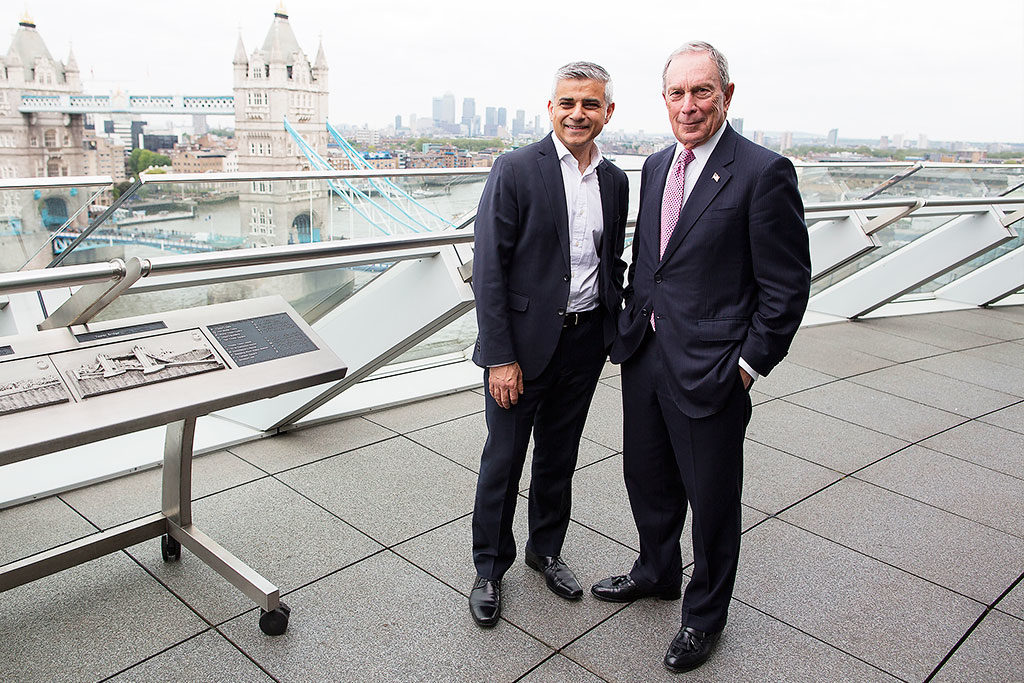 It’s always useful to peek at what the competition is up to. You can learn a few things, maybe steal some ideas, maybe pat yourself on the back.

Toronto is in competition with other major cities — competition for skilled talent, entrepreneurs and investment. Witness the current contest for the location of the new Amazon centre with its estimated 50,000 jobs, which, for better or worse, Mayor Tory is now working hard to secure.

Here’s a brief look at what two of the cities with which Toronto is competing, London and New York, are up to.

London’s mayor, Sadiq Khan, released a new strategic plan for that city, and public hearings on it are just closing. One large segment in the plan concerns the need for new affordable housing in London.

Currently only 13 per cent of the new housing built there is affordable. The mayor wants to increase that to 50 per cent. The intention of the plan is to “embed the requirement for affordable housing into land values” — that is, make it clear to investors that they will be required to factor the cost of building affordable units into what they will pay for land. If it comes about, it’s bound to drive land prices down.

This new policy would apply to any development undertaking of 10 or more units. A development application that includes 35 per cent or more affordable units gets speedy approval. Those with less are reviewed carefully without much priority. Grants are available for private developers to help them meet the targets, and this applies not only to rental, but to ownership units. There are various levels of subsidy, depending on income.

The punchline is that the mayor expects 17,000 affordable new units will be built each year for 10 years. The plan notes that the need is even greater than that  — more than 25,000 affordable units a year are needed — but it seems achieving that higher figure is just out of reach.

How does Toronto respond? Currently there are more than 100,000 families on the affordable housing wait list, but the number of new affordable housing units created in our city is about 500 each year — far below the 10-year target of 1,000 per year.

We are way behind the competition set by London.

In New York City, Mayor Bill de Blasio has announced that city pension funds will divest themselves of fossil fuel investments. Other cities have made similar commitments, such as Oslo, Paris, Melbourne, Washington, Capetown and Berlin, to name a few.

New York City’s divestment amount is $5 billion, a small portion of the $190 billion in pension funds for city staff, but if others followed this lead, it could have an enormous impact in reducing the amounts available for investments by oil companies in new wells or oil sands.

Mayor de Blasio took a second step, announcing that the city was suing the big oil companies for the damages caused by the fossil fuel industry’s impact on greenhouse gases, such as the Sandy storm of a few years ago. (San Francisco has taken similar action.)

The divestment movement has been championed in Canada by Naomi Klein and the Leap Manifesto, but it has generated almost no interest from Toronto City Council. Toronto does not have free reign over its pensions. They are in the hands of OMERS (Ontario Municipal Employees Retirement System), which manages pensions for other Ontario municipalities as well as the provincial government. But Toronto could align itself with Leap and ask other cities to do the same, so there is concerted pressure on OMERS to take the divestment route.

Maybe it’s time for our city to get on side with what our competitors are doing.

In my last column I estimated the subsidy for each new rider on the York University subway extension was $24, but my math was wrong. The subsidy per rider per year is just over $20. My apologies.