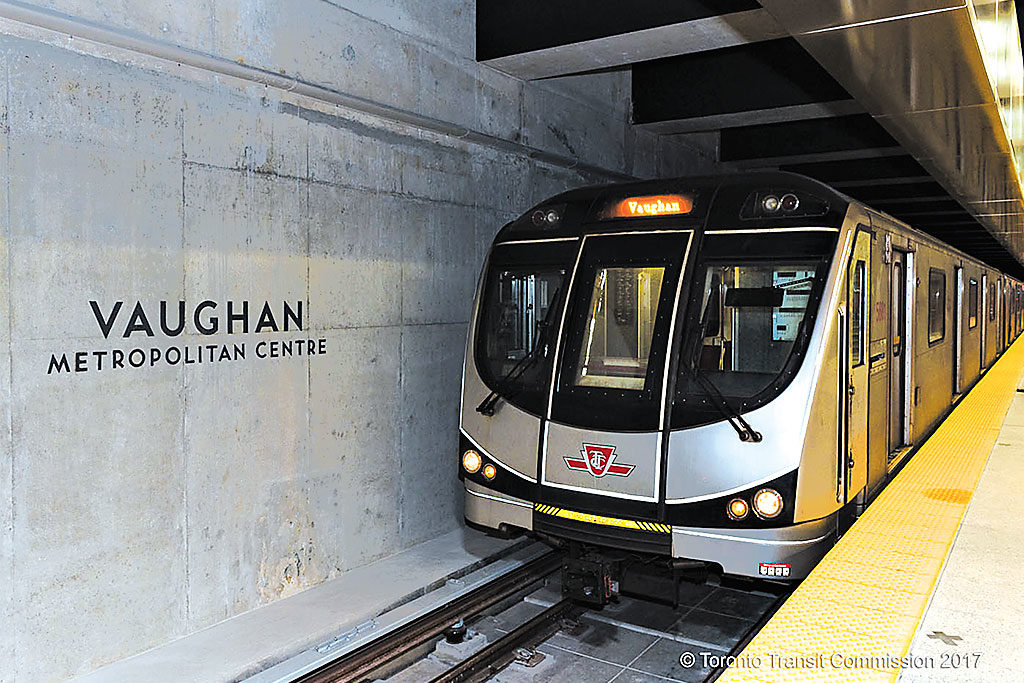 The subway extension to York University and beyond is now open, from Sheppard West to Vaughan Metropolitan Centre, although the view from that latter station of a few buildings in a field of parking is hardly the centre of a metropolis. (From the Highway 407 station one cannot spot a single building of substance.)

Constructing the extension cost $3.2 billion of which Toronto contributed $900 million and York Region $600 million. Operating it will cost $25 million a year, which will be paid by the TTC, that is, by Toronto taxpayers. There are 1.2 million new riders expected on the extension next year, a tiny addition to the more than 525 million riders using the rest of the system.

Do the math: at an annual deficit of $25 million, the subsidy per new rider is about $24. The subsidy for other TTC riders is $1.08. For every person who parks a car at the 407 station and gets on the subway then later returns on the subway, that’s a payment of almost $50.

Any politician who stood outside a subway station and started handing out $20 bills of public money would be called reckless. Worse, you would run out of money quickly. Yet that’s what we seem to be doing with this subway extension. It’s not a rational way to spend public money, particularly money earmarked for transit when there are so many other transit needs.

Compare for instance the changes made to the traffic patterns downtown on King Street West between Bathurst Street and Jarvis Street to ensure streetcars proceed more quickly. Implementation of those changes cost less than a $100,000 with limited ongoing costs. Because of the reduction in travel times, ridership has increased by about 1,000 a day, and most are probably new riders. It’s a cost-effective change. (Yes, there’s been a transitional impact on restaurant business that likely could have been avoided if implementation occurred during the summer.)

Another irrational example: there are a lot of homeless people in Toronto, maybe in the order of 5,000 a night. The city runs some shelters and contracts with many institutions — churches, social agencies and so forth — for other space, paying about $65 a night per person.

Just add that up: for a month, that’s about $2,000 per person, which is significantly more than the cost of renting a bachelor apartment. Giving a homeless person a permanent place to live has been shown to substantially improve that person’s health and well-being. Providing social supports such as regular visitations with advice on food, health and activities would probably involve an added cost of $500 a month, but even then the public cost would be less than supporting homelessness.

By reallocating funding to permanent housing and support, public money would be saved and the homeless could be given a new start in a permanent place.

Why does our political system agree to these expensive subway deals but not act to contain homelessness by arranging permanent housing? I think the allure of spending billions on a big project is just too enticing for many politicians to turn down, particularly if other governments say they are putting money into it as well. It’s one of the traps with cost-shared programs: if other governments say they are putting money in, you play the game and don’t have to take all the blame.

Getting the homeless into permanent housing isn’t nearly as attractive as a big construction project. First, it is always one person at a time and they don’t come with the same photo ops; second, at the end of the day, there’s not much to show for the changes that have been made, just fewer people not sleeping on grates on the sidewalk.

Strange how irrationally public money is spent. Later this month, Toronto City Council will approve an $11 billion budget, but these larger issues won’t find a place in the debate. We live with the shortcomings of the way public business is done, at least for now.